The complete guide to Luke Air Force Base 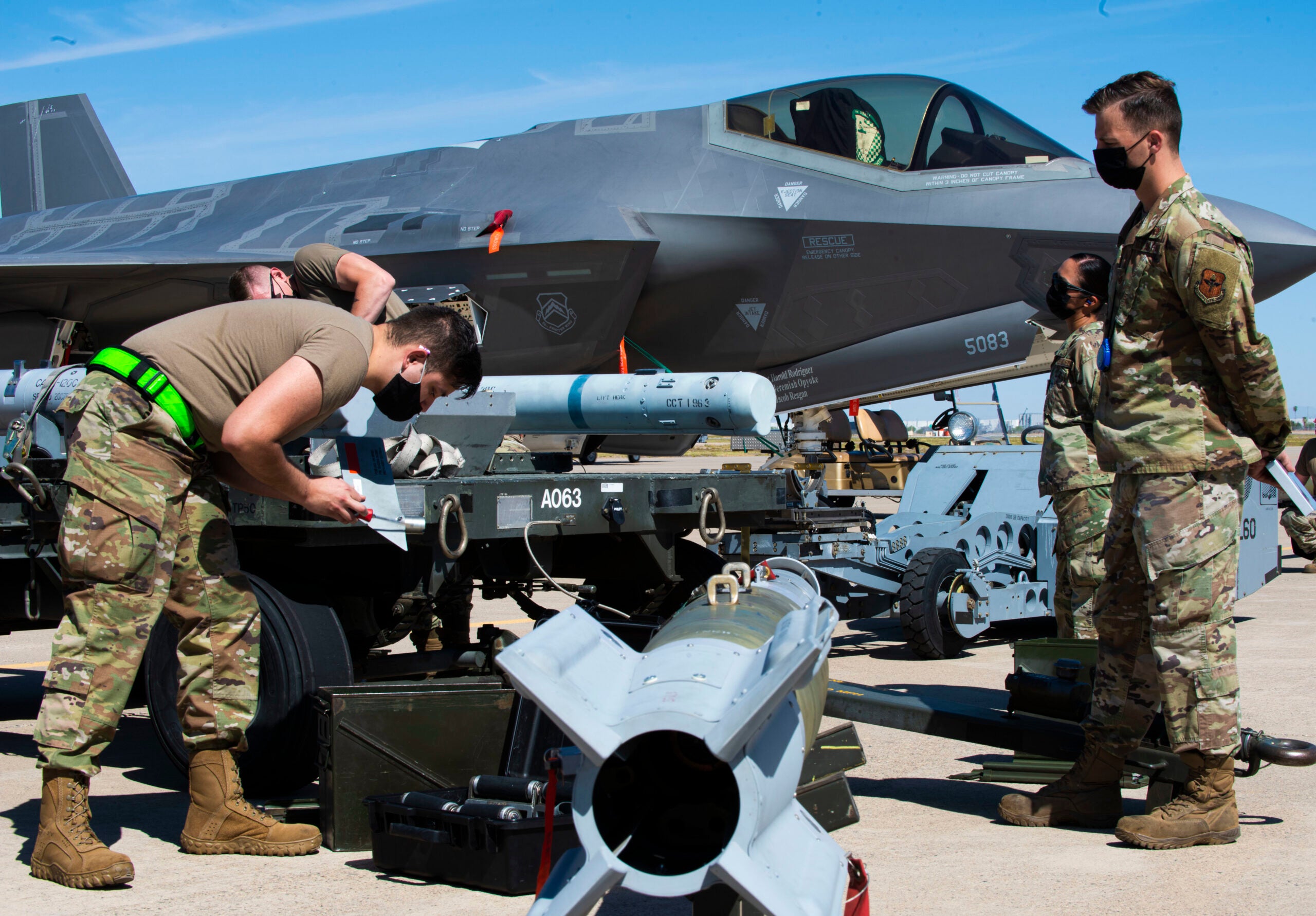 Luke Air Force Base is located in Maricopa County, Arizona. It’s about seven miles west of the central business district of Glendale, so that means a city is never far from home! It’s also just about 15 miles west of Phoenix. Between the two metropolises, there’s enough to keep you and your family busy during your tour at Luke. Luke AFB has been active for several decades, so aviation history buffs are sure to find plenty to do in and around the base. In fact, since 1941, Luke has graduated over 61,000 pilots. Read on to find out more about what to expect when you call Luke Air Force Base home.

Located in a region called the Valley of the Sun, you’ll enjoy a dry moderate climate. Snowbirds might not be so happy, but the mild weather means there’s always a reason to get outside! Because of the installation, the area surrounding Luke AFB is rapidly growing. If you’ve never been to this base, you’ll probably be surprised how new everything feels and looks.

If you and your family are PCSing during the summer cycle, be advised that airlines will not ship your pets from April to September. That’s because it’s too hot in Arizona during that time and your pet could be at risk.

Luke AFB is home to almost 5,000 active-duty service members and more than 6,500 family members. Maricopa County is the largest county in Arizona by population. More than 4.4 million people live in the county!

Luke AFB is located in Glendale, Arizona. The local community is very supportive of the installation and the military.

From I-10 traveling east: Take the Litchfield Road Exit #128 and travel north for approximately 5 miles.

From I-10 traveling west or from the Airport: Take the Litchfield Road Exit #128 and turn right (north). The base is approximately 5 miles north of the I-10 exit.

From I-17 traveling south: Enter Loop 101 west towards Los Angeles and proceed to the Glendale Avenue exit. Exit at Glendale Avenue and turn right (west). Proceed approximately 5 miles and turn left to get to the South Gate and Visitor’s Center.

From I-17 traveling north: From I-17 take I-10 west toward Los Angeles, exit at #128 Litchfield Road. Turn right and travel 5 miles to Luke AFB.

If you’re flying to your duty station, you’ll probably land at Phoenix Sky Harbor International airport. You should contact your sponsor to make pick-up arrangements. If your sponsor is unavailable, commercial transportation is easy to source.

Contacts at Luke Air Force Base

Luke AFB’s mission is to train “the world’s greatest fighter pilots and combat-ready Airmen.” To assist with this goal, Luke is home to the Air Education and Training Command. It’s also home to 26 squadrons that fly both F-16 and F-35A aircraft.

The host unit, the 56th Fighter Wing, is a steward of the Barry M. Goldwater range. This training range spans more than 1.7 million acres across the Sonoran desert. The 56th also oversees the Gila Bend Air Force Auxiliary Field.

Luke Air Force Base is named for the “Arizona Balloon Buster,” 2nd Lt. Frank Luke. Luke is a posthumous Medal of Honor recipient and the number two United States ace in World War I. He scored 18 aerial victories during WWI. Fourteen of those victories were against German observation balloons, hence his nickname. Lt. Luke was shot down at Murvaux between Verdun and Stenay, France, in September 1918. That’s after he destroyed three enemy balloons. Luke survived the crash and killed several German soldiers before he was killed. Read more about Lt. Luke here.

During WWII, Luke Field was the largest training base in the Army Air Force. It graduated more than 12,000 fighter pilots and was nicknamed “Home of the Fighter Pilot.”

Unlike other installations, Luke remained active after WWII. At the end of the Cold War, the 58th Tactical Training Wing was re-designated as the 58th Fighter Wing. All operational fighter training squadrons were reassigned to the new 58th Operations Group. In 1994, after 24 years at Luke AFB, the 58th FW was replaced by the 56th Fighter Wing as part of BRAC and as a response to the Air Force Heritage Program.

Things to Do Around Luke AFB

Between the robust on-base community and the endless options in nearby Phoenix and Glendale, you’re never going to run out of things to do at Luke AFB. Of course, there are the standard golf courses, gyms, bowling alleys, and movie theaters you can explore. But there’s also a whole lot more!

Arizona is known for its Mexican and Southwestern cuisine. So when you call Luke AFB home, expect lots of great options in those cuisines. But that’s not all Arizona has to offer. In fact, there’s plenty here to enjoy from local eateries to award winning restaurants. Of course, you’ll want to seek out some authentic Mexican food while you’re living in Arizona. There’s lots of other state-specific culinary treats you should try, too. Believe it or not, medjool dates are grown, harvested, and shipped from Yuma, Arizona and they’re delicious! Also try the Sonoran hot dog – it’s what deep-dish pizza is to Chicago. Instead of a traditional bun, the hotdog uses a split-top roll called a bolillo.

Outdoor enthusiasts will love Aleppo Park and Gatefield Park. Both are excellent for just about any activity you can imagine. Aleppo offers a sand volleyball court, two basketball courts,s and a soccer field. Nearby Gatefield has a dog park and a splash pad.

When it’s time to beat the heat, be sure to check out the Wildlife World Zoo and Aquarium. It’s just around the corner from base and there’s a wide range of animals and sea life for the whole family to enjoy. Don’t miss out on the roller coaster located inside the zoo, too!

As you might expect, housing at Luke AFB is privatized. You can also choose to live off-base if that’s more suitable for your family. Contact the MHO as soon as you receive your orders to find out more about the current housing climate.

Balfour Beatty owns and manages homes on-base. There are a variety of neighborhoods to choose from, all offering excellent amenities.

Of course, Airmen ranks E1-E3 and E4 with less than four years of service are required to live in the barracks.

Schools Near Luke Air Force Base

Sadly, there are no DoDEA schools on base. However, there are several schools in the nearby districts. Mil-kids who live on base usually attend Dysart Unified School District or Litchfield Elementary School District, depending on where on base you live.

For current information on schools and information about homeschooling, please call the School Liaison Office.

Can you visit Luke Air Force Base?

Civilians can enter Luke AFB as long as you have a DoD-ID sponsor with you. The Visitor’s Center is located at South Gate.

When is the air show at Luke AFB?

The Luke AFB air show is usually held in spring. Check the installation’s website for the most current information.

Is Luke Air Force Base closing?

Currently, there are no DoD plans to close Luke AFB.

How far is Buckeye from Luke AFB?

Buckeye, Arizona is 16.8 miles from base. Driving time takes about 35 minutes, depending on traffic and the time of day.