The complete base guide to Davis-Monthan AFB 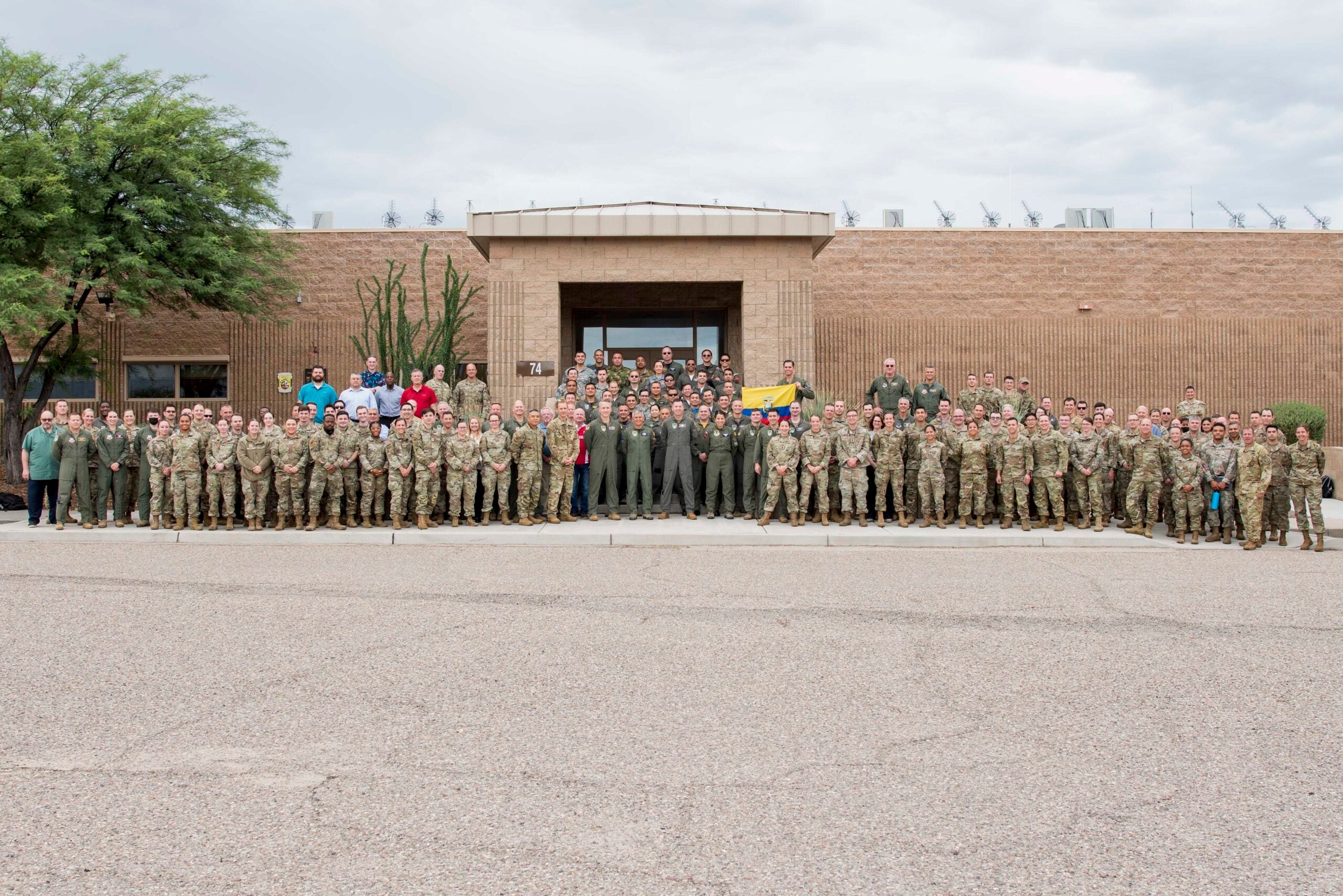 Is a PCS to Davis-Monthan Air Force Base in your future? Arizona is a great place to live, and you will have so much fun exploring the area around this fantastic base. Of course, it won’t come as a surprise that Arizona summers can be a little hot. Still, there’s no humidity, making the heat pretty bearable. Spring and fall are the sweet spots for the weather – mild and comfortable and perfect for outdoor activities! Davis-Monthan AFB gives you access to everything Tucson offers, and that’s a lot! Be sure to enrich yourself with the bounty of natural landscapes and enjoy the arts and culture scene. Read on to learn more about what to expect when you call Davis-Monthan AFB home.

Davis-Monthan Air Force Base is located in the city of Tucson, Arizona.

Coming from the US-Mexico border? Take I-19 N to I-10 E and follow the signs.

Hopping over from the West Coast? Take I-10 E.

Tucson International Airport (8.3 miles) is the closest international airport and is served by multiple major airlines.

Contacts at Davis-Monthan Air Force Base

Davis-Monthan Air Force Base is home to over 11,000 Airmen from 34 mission partners who serve six combatant commanders.

The 355th Wing is the host unit for Davis-Monthan AFB, and it deploys, employs, and sustains combat search and rescue and attack air power.

Also at Davis-Monthan AFB, you’ll find the 12th Air Force, the 309th Aerospace Maintenance and Regeneration Group, the 55th Electronic Combat Group, and the 214th Attack Group of the Arizona Air National Guard. The 943rd Rescue Group of the Air Force Reserve and U.S. Customs and Border Protection are embedded at the installation.

Davis-Monthan AFB was named for two World War I pilots. Lieutenant Samuel H. Davis died during a training mission in a military aircraft accident. Lieutenant Oscar Monthan was killed in a Martin B2 bomber crash in Hawaii. Both were Tucson natives.

Davis-Monthan was initially established as America’s first municipally owned airfield. Then, it grew out of its space and moved to its current location in the southeastern edge of town. Fun fact – the original site of Davis-Monthan is now the Tucson Rodeo Grounds! After moving to its new location in 1927, Charles Lindbergh dedicated the airport at Davis-Monthan Field. The airport served both military and civilian planes until the early 1940s.

During WWII, bombardment groups trained at Davis-Monthan until the Japanese surrendered in 1945. At that point, the base began housing German POWs (until 1946) and served as a separation center. In 1946, Davis-Monthan re-classed as part of the Strategic Air Command (SAC) and remained that way until 1976. Then it was transferred to the Tactical Air Command (TAC).

In 1992, the DoD inactivated the Tactical Air Command. So, Davis-Monthan transferred to Air Combat Command (ACC). These days, the base is known best for being the “Boneyard.” This is the place excess U.S. government, military aircraft, and aerospace vehicles come to rest their bones. It’s not all rest though. In fact, the Boneyard helped the Marines when they announced plans to refurbish a bunch of F/A-18 C Hornets.

Read more about the Boneyard here.

Things to Do Around Davis-Monthan Air Force Base

Tucson, Arizona, has a food scene that is particularly unique due to its combination of Native American, Spanish colonial, Mexican, and American heritage. Local cuisine is referred to as “Sonoran-style Mexican food.” Tucson was also given the title of “City of Gastronomy” by the United Nations Educational, Scientific, and Cultural Organization (UNESCO) due to the story that the cuisine in Tucson tells. Can you believe it dates back 4,000 years? That’s legendary cooking right there.

The Tucson Museum of Art is a visual art museum with multiple shows on Latin American art, modern art, and art unique to Arizona.

The Kartchner Caverns are limestone caves in the Whetstone Mountains. There are cave tours available which are amazing. You can also reserve the park for camping or cabin rentals, making it an ideal getaway.

The Pima Air and Space Museum has 6 hangers—3 of which feature aircraft for World War II alone—and 350 aircraft on display.

Airmen and families stationed at Davis-Monthan have three options. You can choose to live on base, or you can choose to rent or purchase a residence in the local community. As you might expect, housing is privatized at Davis-Monthan. Lend Lease/Soaring Heights Communities owns and manages on-base housing and offers several residence options. Housing wait times can be long, especially if you’re PCSing in peak season. Call the Military Housing Office as soon as you have orders.

Of course, it’s no surprise that Airmen E1-E3 and E4s with less than three years of service live in the barracks. Call the Unaccompanied Housing Office for more information.

Schools Near Davis-Monthan Air Force Base

Mil-kids who call Davis-Monthan home will benefit from attending Tucson Unified School District. TUSD has multiple schools for each grade level, so there’s definitely one that suits your child’s needs. Borman Elementary is located on base. However, the rest are located outside the gates. Additionally, two childcare centers are on base to assist with before and after-school programming. Both provide full-time access to childcare. Speak with the School Liaison Office for more information, including enrollment requirements.

How many Air Force bases are in Arizona?

What planes are at Davis-Monthan AFB?

Can you walk around the Boneyard?

No. The Boneyard is a controlled-access facility and off-limits without the proper clearance. These days, tours aren’t running but might restart in the future.

What county is Davis-Monthan AFB in?