Why Napoleon wasn’t executed after his defeat at Waterloo 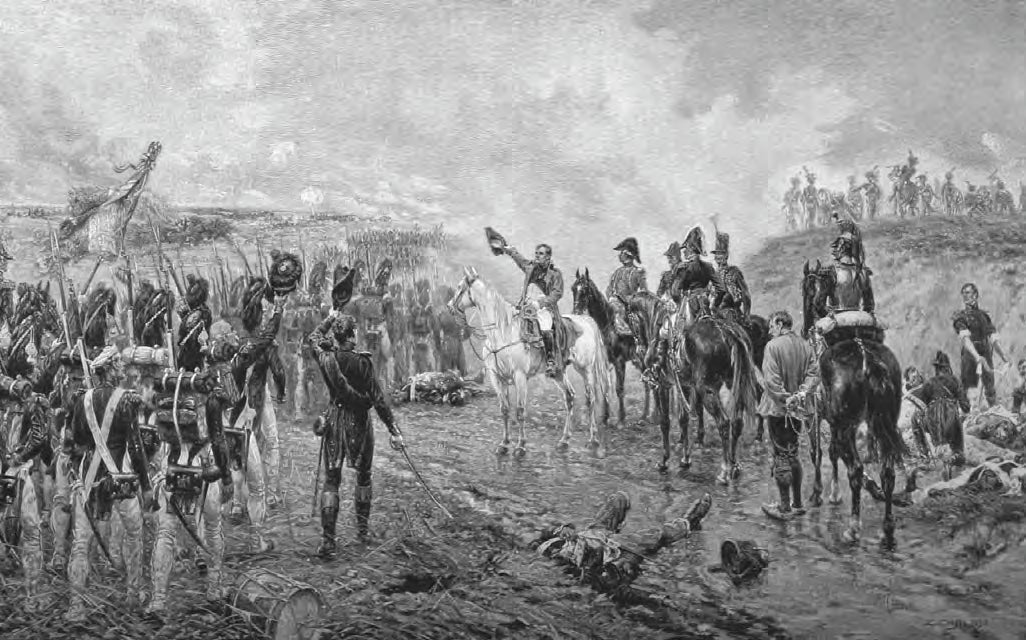 Napoleon's last grand attack at Waterloo: Napoleon addresses the Old Guard as it prepares to attack the Anglo-Allied center at Waterloo.

In the modern era, if a military officer took control of a government, went to war and conquered some neighbors before crowning himself emperor, the world would call him a dictator, slap some sanctions on him and work to undermine him. If that dictator didn’t have nuclear weapons, his country might even get an invasion. It’s basically the anti-dictator playbook. Napoleon, although generally considered a “benevolent dictator,” was no different. It took seven coalitions of foreign powers to finally bring down the French Emperor. Considering the animosity toward Napoleon from his chief rival, the British Empire, it might make one wonder why he didn’t meet the same fate as Saddam Hussein, Benito Mussolini or Muammar Gaddafi.

Things were just different back then.

There’s no doubt that Napoleon was a dictator like many other dictators who rose to power in the previous centuries. He had a personality cult, controlled artistic expression and even operated a secret police that infiltrated every aspect of French life. The French people, however, either loved him or at least preferred him over the Bourbon Monarchs or the anarchy of the French Revolution.

Before he could even march troops to Waterloo, he had to escape from exile, land on the shores of France, and convince an entire army of Frenchmen, nominally under control of the King of France, to switch sides. He was able to do all of that within weeks. The French were as elated by his return as the British were alarmed.

After his loss at Waterloo, Napoleon wasn’t captured. He returned to Paris and it was there he was forced to abdicate the French throne once more. Now an outlaw on the run, his original plan was to escape to the town Rochefort, board a ship, and sail for the United States to live out the rest of his days. Rather than cower in the hold of a ship, however, he surrendered to the British.

Once the British had a hold of him, they had to decide what to do with him. Letting him go free in the United States carried the danger of another triumphant return. He had already been exiled on the island of Elba, from which he escaped, so that seemed like a bad idea. The only other option was to execute him.

Killing him, however, carried many problems. The first is that despite being a low-born Coriscan, Napoleon did rule France. Britain actually recognized Napoleon as the Emperor of France for a number of years and had even enjoyed a solid, if short-lived peace with France. With that in mind comes the second problem: killing a monarch.

Executing a monarch, especially when you’re a monarchy is a bad idea. The mass killing of aristocrats is what led to the rise of Napoleon in the first place. The idea that anyone could just come in and kill a leader who supposedly has a divine right to rule ordained by God could lead to the idea that your own monarch is someone who could be killed. The Pope himself was present when Napoleon was crowned Emperor, which gave a divine blessing to his right to rule.

The memory of the French Revolution and its anti-aristocratic slaughter was also still fresh in the minds of many. Since the Congress of Vienna, the crowd deciding Napoleon’s fate, was about to place another king on the throne of France, it didn’t want to remind people that executing kings was still an option.

So to avoid making Napoleon a martyr, they instead decided to do better with their exile. This time, they sent him to Saint Helena, a remote rock of an island somewhere in the Atlantic Ocean. There, he would have much more trouble escaping and have little influence on the affairs of the European Powers.

Napoleon would spend the rest of his days on the island, but the unintended consequence of exiling him rather than killing him meant that the powers that be were finally treating a low-born man as an equal, enshrining in the minds of many the values of the meritocracy upon which Napoleon’s empire was built.