The history of the iconic American cowboy hat 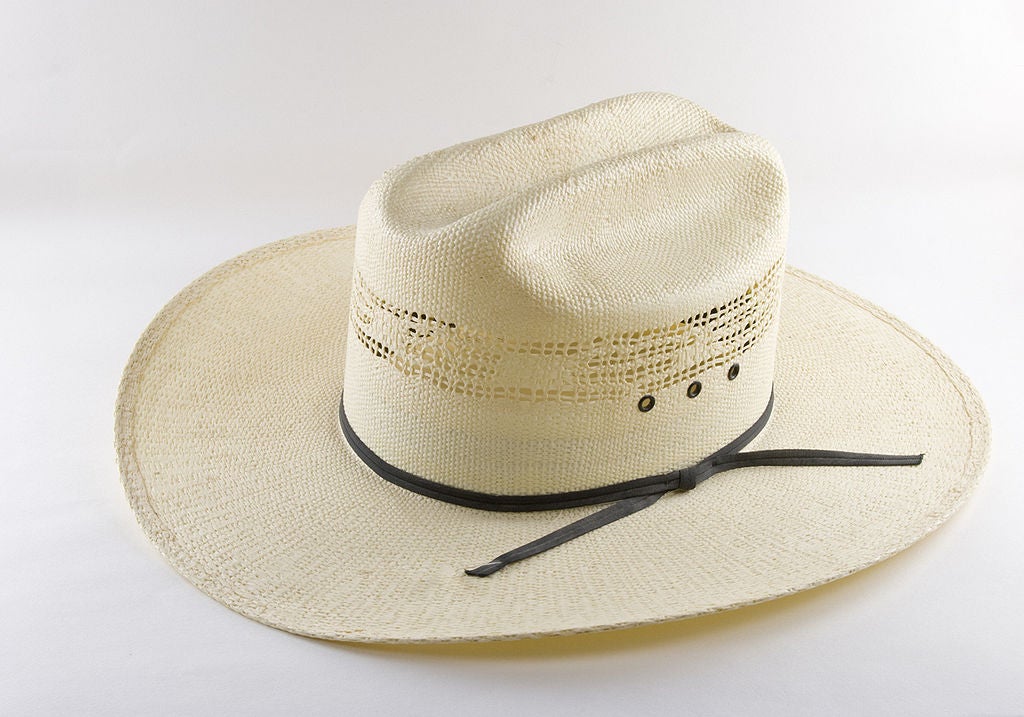 No one would fail to recognize the iconic American hat that has precisely shaped cowboy culture and Texas veterans for decades. Although cowboys symbolize the American wild west, tales about them that remain untrue are that they always fought Indians and were more likely to die in a gunfight than falling off a horse.

With a couple of items carrying the iconic weight of the American culture, the one item of apparel worldwide that receives immediate recognition is the cowboy hat. Termed as the first thing to get noticed and the last to take off. Thanks to its good design comprising a protruding crown and colossal brim, it is sometimes referred to as a ten-gallon hat.

At a glance, the hat evokes thoughts of ranching, farming and encapsulates the American spirit itself. Shaped in the 1800s by John B. Stetson, the iconic American hat has grown in over 200 years to be a multibillion-dollar industry occupying the top spot in the straw.

We can trace the cowboy hat back to the 13th century when Mongolian horseback riders are pictured wearing hats with a tall crown and brim to cover their heads and necks from the scorching sun. Over the centuries, the hat evolved to shield the wearer from the sun, particularly in places with intense heat.

This style was, of course, accentuated with sturdy jeans, horse rides, boots and revolvers such as the Sombrero of Mexico.

When Europeans started moving to the west, they had no standard headwear. They wore a broad range of top hats, bonnets, sailor caps and makeshift caps that didn’t protect them from scorching rays in hot areas.

It’s thought that American pioneers were inspired to create a cowboy that would entirely revolutionize the hat industry. John B. Stetson is credited with the inception of the hat.

Born in 1830, he worked for his father until he was diagnosed with Tuberculosis and told it wasn’t long until he died. Knowing he would probably not have another chance, he set out for a trip to Western America. After recovering from Tuberculosis, he returned to the East in a journey that gave him a peak of a flea-infested cap and bowler hat that didn’t shield the wearer from the sun’s rays.

In another expedition with his friends, Stetson amused them that he could fashion a hat out of fur, huge enough to protect the wearer from the sun and outdoor elements. Unlike the initial coonskin caps, he designed a durable, lightweight, and fashionable hat that was mainly grey, black, brown, or white complete with a sweatband.

Stetson used beaver to secure his hats from water penetration which gave the hats the reputation of being waterproof and even being used to carry water in a pinch. Eventually, the hats were named after the creator, but you would likely refer to them as cowboy hats.

As the Stetson hat garnered massive popularity, variations and modifications morphed into a contemporary design that entails using fur-based felt, leather, and sometimes straw. The hats are reinforced on the inside to make them more stable when while some cowboy hats may have strings at the bottom of the crown.

Although traditional cowboy hats were worn by cowboys and other men in the west and south, they have now been adapted for men and women, resized, reshaped, and designed for fashion and elegance. Over the years, the hat has gained American culture’s stature, epitomizing adventure and multipurpose utility.