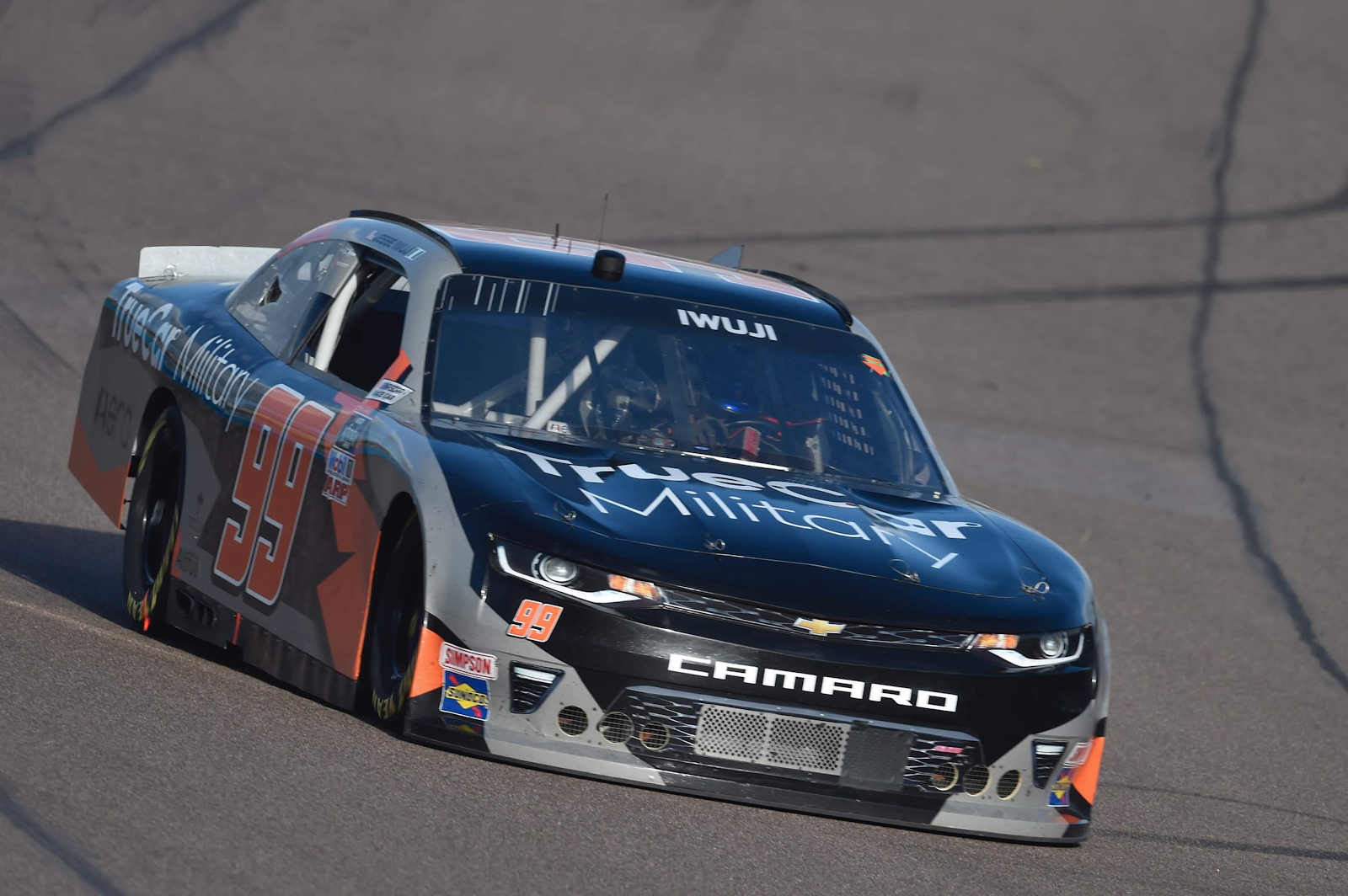 When Jesse Iwuji started racing cars, he never imagined his passion would blossom into a professional career. His passion for fast cars and racing started at the U.S. Naval Academy when he was playing football, running track, studying engineering/mathematics/sciences and learning how to lead sailors on surface ships.

Upon graduating from the Naval Academy in 2010 and becoming a commissioned officer in the Navy, Iwuji became a Surface Warfare Officer, but his love for driving never left.

He bought a Corvette Z06 to drive daily and speed around tracks in Southern California, and between 2013 and 2015 spent time learning how to drive on track. In 2015 he was introduced to a NASCAR Late Model and a NASCAR K&N Pro Series team and then spent the last few years of his active duty service becoming a racecar driver. What Iwuji didn’t know was that his need for speed would run him up the NASCAR ladder and eventually earn him an opportunity to race in the 2020 NASCAR Xfinity Series Championship race weekend at Phoenix International Raceway, with TrueCar as his primary sponsor.

After seven years of service, Iwuji joined the Naval Reserve to focus on driving. Now, he’s teaming up with TrueCar, the most efficient and transparent way to buy a new or used car from a trusted dealer, as the company’s military brand ambassador.

“As someone who has served this country the last 10 years in the military, I’m excited to work with a brand like TrueCar that understands the unique needs and lifestyle demands of the military community,” Iwuji says. “I am proud to raise awareness of this fantastic program that can save active duty service members, veterans and their families a lot of time, stress, and money.”

Everyone who has served in the military knows that buying a car is one of the most common trappings among young troops and their families. While that new Mustang might be tempting, it’s important to make sure you don’t find yourself suckered into a bad deal. Thankfully, TrueCar recently launched TrueCar Military, a dedicated vehicle purchase program that provides exclusive military incentives and benefits, on top of TrueCar’s existing benefits, to those who have served our country’s armed forces and their families. As part of this program, veterans, active duty service members and their families can enjoy special military incentives, upfront pricing, a dedicated customer hotline and much more.

TrueCar is no stranger to the military community — they’ve been supporting the community for years and through the DrivenToDrive program, where they provide brand new vehicles to deserving veterans. Now, they’ve taken their support a step further by sponsoring Jesse Iwuji, empowering him to live out his dream on the racetrack.

Inspired by the indomitable spirit of its program ambassador, SFC (Ret.) Cory Rembsburg, the DrivenToDrive program was launched by TrueCar in partnership with AutoNation and Disabled American Veterans (DAV). The program is back again this year — and with Jesse Iwuji involved, it’s better than ever. To celebrate Veterans Day on November 11, TrueCar awarded yet another vehicle to another amazing veteran. To see the surprise moment and Jesse present the vehicle to the 2020 DriventoDrive Recipient, check out the video or visit www.truecar.com/driventodrive/.

To see Jesse in action and for more information about TrueCar Military benefits tailored to military members and their families, check out the video below.