This is how U.S. Marines are the President’s Fist - We Are The Mighty

This is how U.S. Marines are the President’s Fist 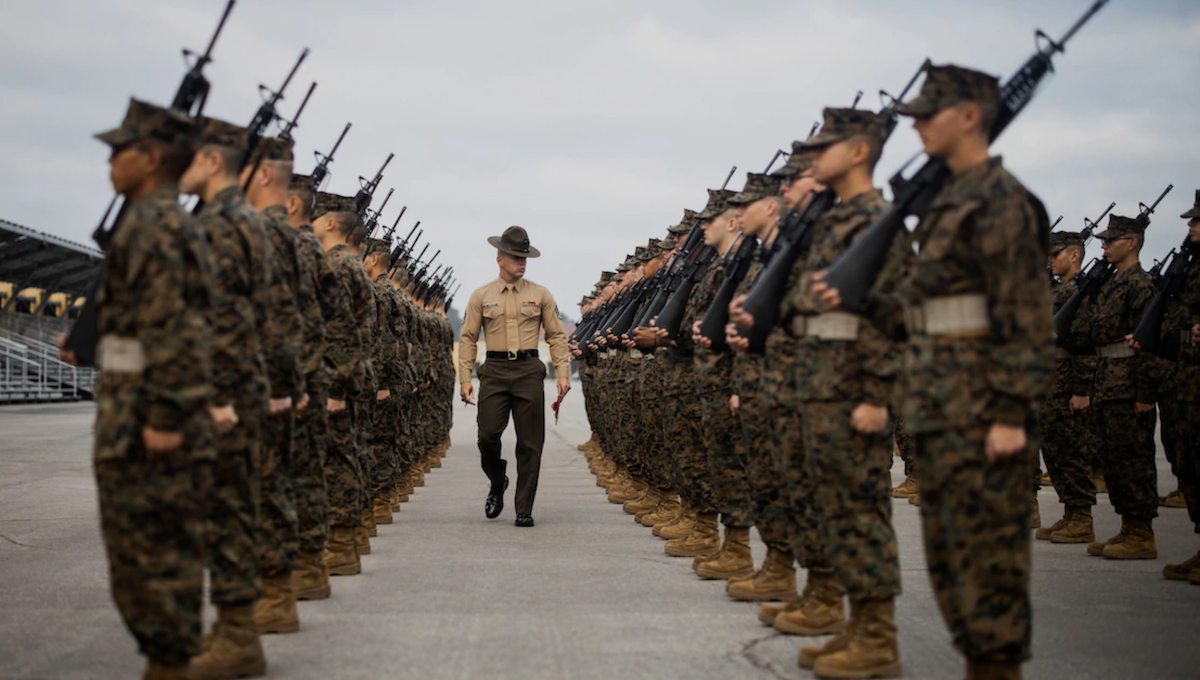 Throughout world history, leaders have needed expeditionary units to enforce their rules abroad. When diplomacy fails and time is of the essence, sometimes sending in the full Army is not viable. U.S. citizens may need to be rescued, property protected, or to prevent the slaughter of our allies. The nation needs action immediately; the President needs something destroyed overnight and deploys the Marines – The President’s Fist.

The constitutional powers of the President as Commander-in-Chief to introduce United States Armed Forces into hostilities, or into situations where imminent involvement in hostilities is clearly indicated by the circumstances, are exercised only pursuant to (1) a declaration of war, (2) specific statutory authorization, or (3) a national emergency created by attack upon the United States, its territories or possessions, or its armed forces.

When I was in boot camp I was told, ‘If the president wants a Marine to protect a Wendy’s overseas, there would be a Marine there within 24 hours.’ There is some truth in that joke. It wasn’t long after the War Powers Act went into effect that presidents used their new power to protect the weak and defeat the strong. There is a fine legal line that the president must walk but thankfully it is clearly defined as Low-Intensity conflict.

At some point along the conflict spectrum envisioned by military and national security strategists, a LIC (Low-intensity conflict) becomes a mid-intensity conflict.’ Presumably, at this point, congressional authorization would be required for military action, provided that the conflict does not involve a direct attack against U.S. territory or U.S. military forces stationed abroad, because the conflict would be considered a “war” under Article I of the Constitution. Thus, conflicts such as those in Korea, Vietnam, or Iraq-Kuwait would require congressional approval prior to the commitment of U.S. military forces. On the other hand, military operations that fall below this point would be considered LIC, and under a theory of presidential prerogative, would not be subject to such a constitutional restriction in the absence of specific legislation. — PRESIDENTIAL PREROGATIVE UNDER THE CONSTITUTION TO DEPLOY U.S. MILITARY FORCES IN LOW-INTENSITY CONFLICT, MARK T. UYEDA

So, now we’ve established that the president does have the power to deploy troops but nowhere does it specifically say Marines are the force for these deployments. Technically the president can send any branch he wants.

Legally, yes, the President can now deploy whatever forces he wants instead of the Marines, but in practice that simply doesn’t happen, except for small actions by small, covert SOCOM teams, and stuff like that. Whenever it is determined that an actual military task force needs to put boots on the ground somewhere and establish an American military presence, the Marines are still the go-to. This is especially true in “flash-points” around the globe, when unstable situations develop quickly and without much warning. – Sgt. Mitch Carroll USMC

Roman emperors had Praetorians, an elite imperial guard tasked with protecting the emperor. Marines share a similar role in protecting the President of the United states. There are only four Marines that are within close proximity to the president at all times.

Semper Fidelis, ‘Always Faithful’ comes from never having taken up arms and marched on the capital… a lifetime commitment to America and the Marine Corps. A history not all branches share with the Marines. Even the Marine Corps Band is known as ‘The President’s Own’ and is known as America’s oldest continuously active professional music organization.

As the initial invasion force of choice, the Marines have also played a huge part in humanitarian aid on behalf of the president.

Here is a quick timeline since the 1973 War Powers Act was ratified provided by fas.org:

1975 – Evacuation from Vietnam. On April 3, 1975, President Ford reported U.S. naval vessels, helicopters, and marines had been sent to assist in evacuation of refugees and U.S. nationals from Vietnam. Evacuation from Cambodia. On April 12, 1975, President Ford reported that he had ordered U.S. military forces to proceed with the planned evacuation of U.S. citizens from Cambodia.

South Vietnam. On April 30, 1975, President Ford reported that a force of 70 evacuation helicopters and 865 marines had evacuated about 1,400 U.S. citizens and 5,500 third country nationals and South Vietnamese from landing zones near the U.S. embassy in Saigon and the Tan Son Nhut Airfield.

Lebanon. On August 21, 1982, President Reagan reported the dispatch of 800 marines to serve in the multinational force to assist in the withdrawal of members of the Palestine Liberation force from Beirut. The Marines left September 20, 1982.

1983 – Grenada. On October 25, 1983, President Reagan reported a landing on Grenada by Marines and Army airborne troops to protect lives and assist in the restoration of law and order and at the request of five members of the Organization of Eastern Caribbean States

Air, land, and sea — any clime and place.

The Marine Corps is the President’s Fist.