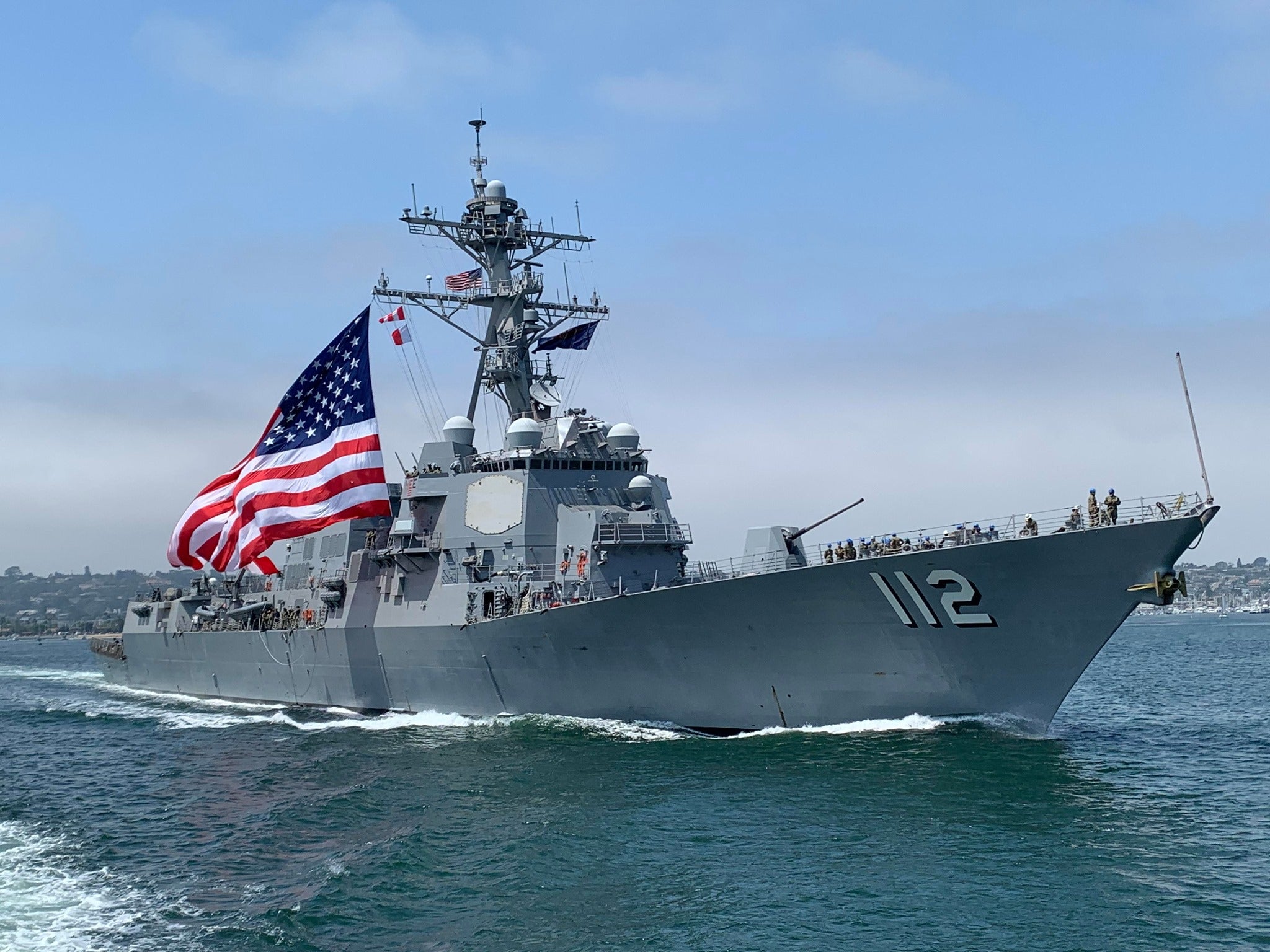 The flying of different flags on naval vessels is a sub-culture in and of itself. Depending on their heritage, culture and achievements, ships sometimes fly the first Navy Jack, a Jolly Roger or the traditional Stars and Stripes. However, USS Michael Murphy (DDG-112) might fly two of the best flags in the fleet.

The Arleigh Burke-class guided-missile destroyer is the 62nd ship in her class and is homeported at Pearl Harbor, Hawaii. She is named for Navy SEAL and Medal of Honor recipient Lt. Michael P. Murphy, and was christened on his birthday May 7, 2011. Murphy gave his life to save his SEAL team in Afghanistan in 2005. His heroics, and those of the other SEALs involved in the ill-fated Operation Red Wings, are immortalized in the book Lone Survivor and its subsequent movie. Murphy was the first sailor to be awarded the Medal of Honor since the Vietnam War (Senior Chief Britt K. Slabinski was awarded the Medal of Honor in 2018 for actions undertaken in 2002). As such, the crew of the ship that bears his name have a lot to live up to.

Fittingly, the ship’s motto is, “Lead the fight!” The command also prides itself as the, “MOST LETHAL, BEST DESTROYER of the FLEET!” To communicate this enormous pride, USS Michael Murphy flies an absolutely enormous American flag when she comes into port. When leaving port, she flies a similarly large skeleton frog flag as a tribute to the frogman for whom she is named. On certain occasions, USS Michael Murphy will even fly both flags.

USS Michael Murphy often flies her gigantic American flag during special ceremonies where the ship is underway like the 75th Anniversary of the End of World War II commemoration ceremony at Pearl Harbor, Hawaii. She also flew the flag during the 79th Anniversary of the Attack on Pearl Harbor ceremony. During the ceremony USS Michael Murphy sailed in front of the USS Arizona memorial. The flag flew large and proud as Michael Murphy‘s sailors saluted their fallen comrades entombed within the Arizona.

The ship’s social media posted about the enormous flags saying, “Sometimes, just sometimes… you just have to let them know who’s arriving!” And let them know she does. If ever you spot a destroyer coming in or leaving port and flying an absolute unit of a flag, you’ll have no doubt that it’s the USS Michael Murphy and her crew continuing to lead the fight.