The US Navy's 5 fightin'-est flattops - We Are The Mighty

The US Navy’s 5 fightin’-est flattops 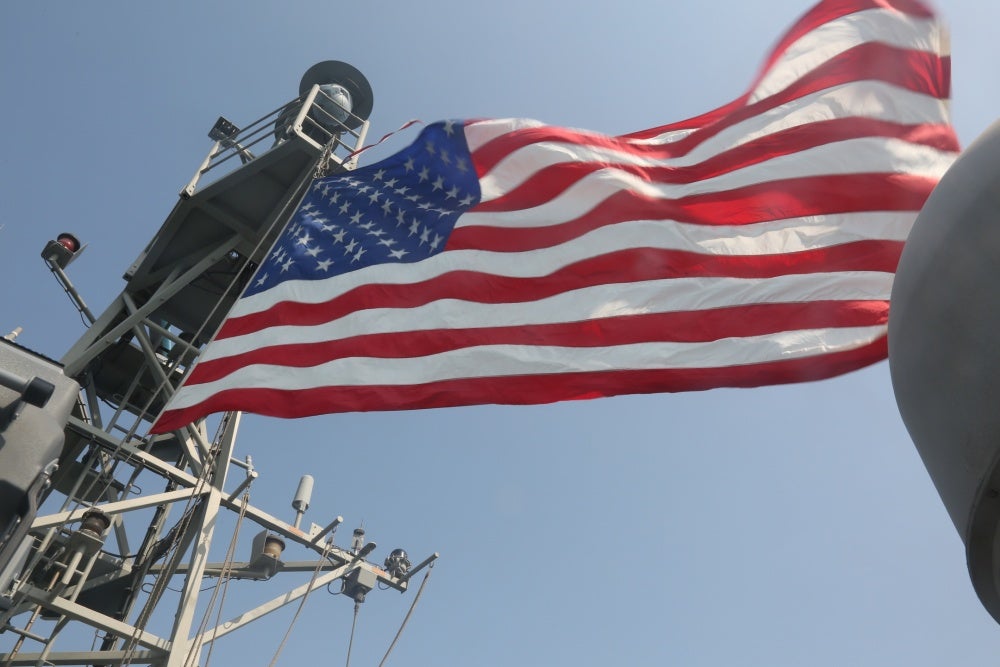 From Langley (CV 1) to Bush (CVN 77), the U.S. Navy has operated dozens of aircraft carriers in its 245-year history. From the first time Lt. Ely had the guts to fly a rickety biplane off of the bow through the first airstrikes against targets in Afghanistan after 9-11 carrier air power has changed the face of warfare.

Here are 5 among them that earned their place in history by valiantly fighting the enemy:

“Lady Lex” was originally designed as a battlecruiser but later modified into an aircraft carrier to comply with the Washington Naval Treaty of 1922, which basically halted all new construction on battleships. Lexington was used to develop many of the carrier tactics employed during World War II (and, ironically enough, successfully conducted sneak attacks against Pearl Harbor a couple of times before the Japanese did it for real).

On May 7, 1942 aircraft from Lady Lex sank the light aircraft carrier Shōhō during the Battle of the Coral Sea, but did not encounter the main Japanese force of the carriers Shōkaku and Zuikaku until the next day. Aircraft from Lexington and Yorktown succeeded in badly damaging Shōkaku, but the Japanese aircraft crippled Lexington. Vapors from leaking aviation gasoline tanks sparked a series of explosions and fires that could not be controlled, and Lexington had to be scuttled by an American destroyer during the evening of May 8 to prevent her capture. (Source: wikipedia)

Yorktown air wing aircraft got some payback on the Japanese on behalf of the crew of Lexington during the Battle of Coral Sea, sinking the destroyer Kikuzuki, three minesweepers and four barges. Later, after a quick drydock period to repair damage sustained during Coral Sea, Yorktown was on station for the Battle of Midway. After her scout aircraft spotted the Japanese fleet, attack aircraft were sortied to strike but met with disaster. Of 41 planes launched from three carriers, only six returned.

The Japanese followed with a savage attack that the carrier’s Wildcats tried to stop in spite of being outnumbered. The Japanese scored several direct hits on Yorktown using torpedos and bombs, but the crew fought valiantly to keep steaming while air wing aircraft continued to attack the Japanese fleet. After abandoning ship it looked as if she might be salvageable, but as a skeleton crew attempted to save the ship, she was hit by another torpedo and ultimately went down. (Source: wikipedia)

The “Big E” was the sixth U.S. Navy aircraft carrier and one of only three commissioned before World War II to survive the war. She participated in more major actions of the war against Japan than any other U.S. ship, including the Battle of Midway, the Battle of the Eastern Solomons, the Battle of the Santa Cruz Islands, the Guadalcanal Campaign, the Battle of the Philippine Sea, and the Battle of Leyte Gulf. On three separate occasions during the Pacific War, the Japanese announced that she had been sunk in battle, earning her the name “The Grey Ghost.” Enterprise earned 20 battle stars, the most for any U.S. warship in World War II and became the most decorated US ship of World War II.

Hornet launched the Doolittle Raid on Tokyo and participated in the Battle of Midway and the Buin-Faisi-Tonolai Raid. In the Solomon Islands campaign she was involved in the capture and defense of Guadalcanal and the Battle of the Santa Cruz Islands where she was irreparably damaged and sunk by enemy destroyers. Hornet was in service for a year and six days and was the last US fleet carrier ever sunk by enemy fire. (Source: wikipedia)

“Big Ben”served in several campaigns in the Pacific War, earning four battle stars. She was badly damaged by a Japanese air attack in March 1945, with the loss of over 800 of her crew, becoming the most heavily damaged United States carrier to survive the war. (Movie footage of the actual attack was included in the 1949 film Task Force starring Gary Cooper.) (Source: wikipedia)