The time an American battleship flooded itself...on purpose - We Are The Mighty 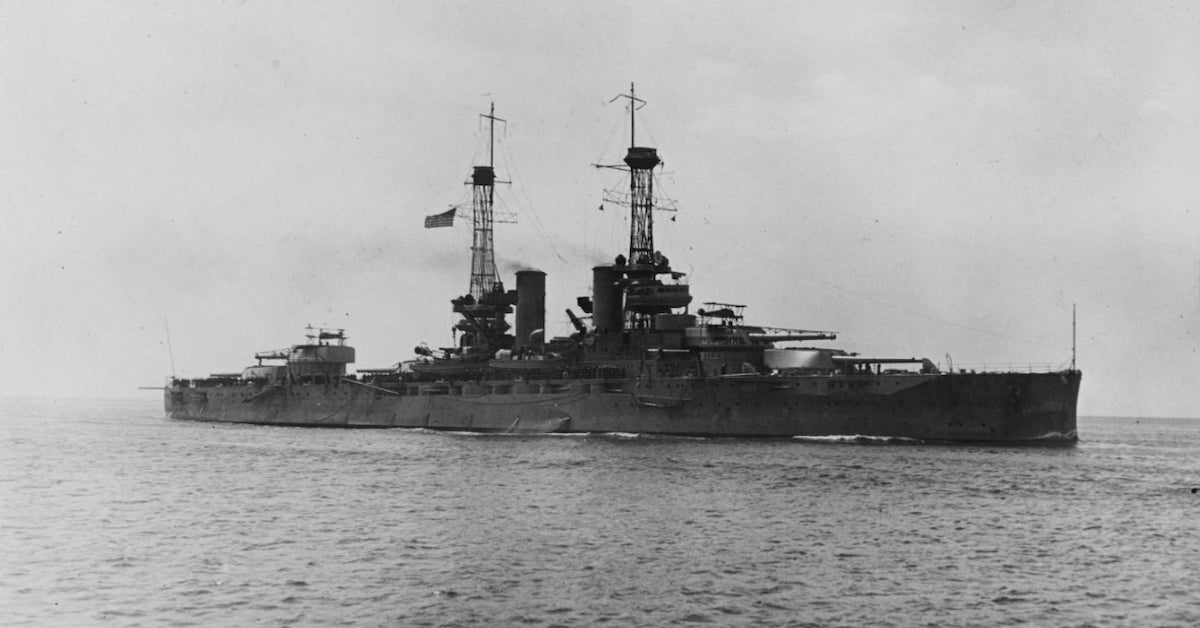 Unless it’s a submarine, you generally don’t want your ship filling with water. Of course, all ships have some amount of ballast water held in ballast tanks and cargo holds. This provides stability and maneuverability on the sea. In combat though, extreme and unconventional measures are sometimes necessary to accomplish the mission.

Launched on May 18, 1912 and commissioned on March 12, 1914, USS Texas (BB-35) sailed almost immediately into action. In May 1914, she steamed for Mexico in response to the detention of an American gunboat at Tampico. Despite skipping the usual shakedown cruise, Texas remained on station off the coast of Mexico in support of American forces on shore for just over two months.

During WWI, Texas fired the first American shots of the war. On April 19, 1917, while escorting the merchant ship Mongolia, one of Texas’ batteries opened fire on a surfaced German U-boat. Although the enemy vessel wasn’t sunk, the attack on the merchant vessel was deterred. For the remainder of the war, Texas sailed with Britain’s Grand Fleet escorting convoys and minelayers.

Texas again made history during the inter-war period when she became the first American battleship to launch an airplane on March 10, 1919. She was also overhauled with a new powerplant and given additional guns at the sacrifice of her torpedo tubes. She briefly served as the flagship of the Pacific Fleet before returning to the Atlantic just before the outbreak of WWII.

Before America’s entry into WWII, Texas conducted neutrality patrols and escorted lend-lease convoys across the Atlantic. Additionally, in February 1941, the legendary US 1st Marine Division was activated aboard the Texas. Following the attack on Pearl Harbor, Texas escorted allied convoys to a variety of Atlantic destinations like Panama, Sierra Leone, and the United Kingdom.

During Operation Torch, the invasion of North Africa, Texas broadcasted Lt. Gen. Dwight D. Eisenhower’s “Voice of Freedom” speech imploring the Vichy French not to oppose the allied landings. During the invasion, Texas fired less than 300 shells in supporting fire, a number that would be quickly dwarfed during her next major operation.

Operation Overlord, the invasion of Normandy, D-Day. Texas sailed with the Western Taskforce for Normandy on June 3, 1944. On June 6, she took up her station off of Pointe du Hoc and began her bombardment of the coast in support of the 29th Infantry Division, 2nd, and 5th Ranger Battalions. In 34 minutes, Texas had fired 255 14-inch shells into Pointe du Hoc. Afterwards, with the help of aerial observers, she shifted her main batteries to fire on German reinforcements, artillery batteries, and other strong points further inland.

As allied forces pushed off the beach, Texas moved closer to shore to support them. Originally stationed 12,000 yards offshore, she moved to just 3,000 yards from the beach. On June 7 and 8, she continued to bombard German positions. She was forced to return to England to rearm and was on station off of France again on June 11. By June 15 though, allied forces had pushed so far inland that their targets were now out of Texas’ range. In order to fulfill the requested fire missions, Texas’ crew had to get creative.

The ship’s massive 14-inch guns did not have the elevation required to lob their shots as far inland as the invasion forces needed. So, if the guns facing port couldn’t be raised any further, then the starboard side needed to be lowered. The starboard torpedo blister, a sponson on the hull below of the waterline, was flooded with water. This listed Texas two degrees to starboard and gave her main batteries enough elevation to complete the fire mission. Talk about improvise, adapt, overcome. However, the next day, the designated targets were too far for the flooding solution to work and Texas retired to England on June 18.

They say that necessity is the mother of invention and combat has proved this time and time again. The next time someone pitches you a solution that sounds crazy, remember that it might be just crazy enough to work.