All this World War II veteran wants for his 100th birthday is cards. Here's how to send. - We Are The Mighty

All this World War II veteran wants for his 100th birthday is cards. Here’s how to send. 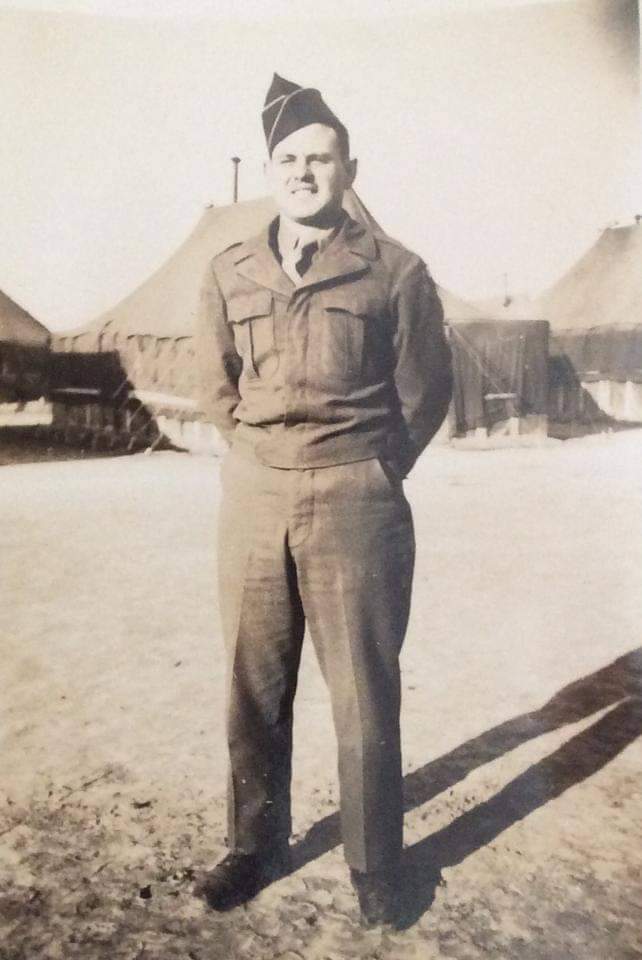 Alvin “Bob” River was born on December 25, 1920. A Missouri native, he once traveled with his family by wagon at 12 years old when they moved from one town to the next. His middle name is actually Edward, but he got the nickname “Bob” from a memorable childhood indiscretion. In the first grade, a girl sitting in the desk directly in front of him had long hair and one of her curls kept ending up on his desk. Tired of it, as only a six year old could be, he cut it off. Thoroughly punished and forced to apologize profusely, the deed was done and the nickname stuck. He would be “Bob” for the rest of his life.

His family made their living farming, something his oldest brother took on when he was old enough. World War II had other plans for Bob – he was drafted into the Army in 1944. Deployed to Frankfurt, Germany – he was responsible for the upkeep of the motorpool. “They kept all of the jeeps going for all of the generals,” Betty shared. He spent two years overseas, seeing and experiencing things he rarely discussed with his family. He returned back to Missouri in 1946 and began building a life after war.

Bob found himself at a basketball game fundraiser for Polio not long after getting home. Unbeknownst to him, his future wife was there too. “He was standing by the door as I was leaving the game and my sister ran back to ask him if he’d be my date to the dance we were going to. He said yes,” Betty said with a smile in her voice. Soon after that dance, they began dating in earnest. Betty shared that they loved to go to the local skating rink together. They were eventually married. Bob and Betty have now been married for 66 years.

A good natured man, Betty shared that he was always kind to everyone. He lived his life by the creed of “if you can’t say anything nice, don’t say anything at all”. They had two children together and now boast two grandchildren, 3 great grandchildren – with one more on the way. Betty said that they always “ran around” with a younger crowd, staying busy and never letting their age stop them from adventure. When Bob turned 99, he began to slow down and forget some things.

Dementia started a decline that eventually led to “sundowners syndrome,” a pattern of confusion, agitation, paranoia and fear. In April of 2020 Betty went with Bob to their daughter’s home for help but after two weeks and a bad fall, they knew it was time for outside assistance. Bob was taken to the Harry S Truman Memorial Veterans Hospital in Columbia, Missouri. Doctors there told Betty what she knew, he could no longer remain at home for care. Although devastated, the family recognized that it was the best thing for him.

As COVID-19 continued to create havoc throughout the world, the VA home closed its doors to protect its residents. But Bob wasn’t alone, for the staff there immediately fell in love with him just like everyone else. The maintenance staff in particular loved him dearly, adopting him as their own. Although he was initially going to transfer to a different hospital to be closer to family, the VA home begged to “keep” him. Seeing how adored he was and how happily settled he was becoming, the family made the choice to keep him where he was.

When the first COVID-19 vaccine was approved, Bob was the first resident to receive it.

On Christmas Day, Bob will turn 100 years old. The family is giddy with excitement because they’ve been granted approval to come on his birthday to sing to him and be together for the first time since the pandemic started. With restrictions on socializing still in place, there isn’t much he can do to stay busy. It is their hope that they can shower Bob with birthday cards and letters, to show him how much he is loved.

It will also show him that he hasn’t been forgotten.

Bob is one of the last of his generation of World War II veterans. Their stories of courage and sacrifice will soon be gone and lost forever. Take this holiday season to remember them and truly recognize what they did for America. A true “thank you” for their service lies not in words, but in action and how you live your life. Do it in a way that honors them and all veterans, every single day.

To mail Bob a letter or card for his 100th birthday, send it to the address below: