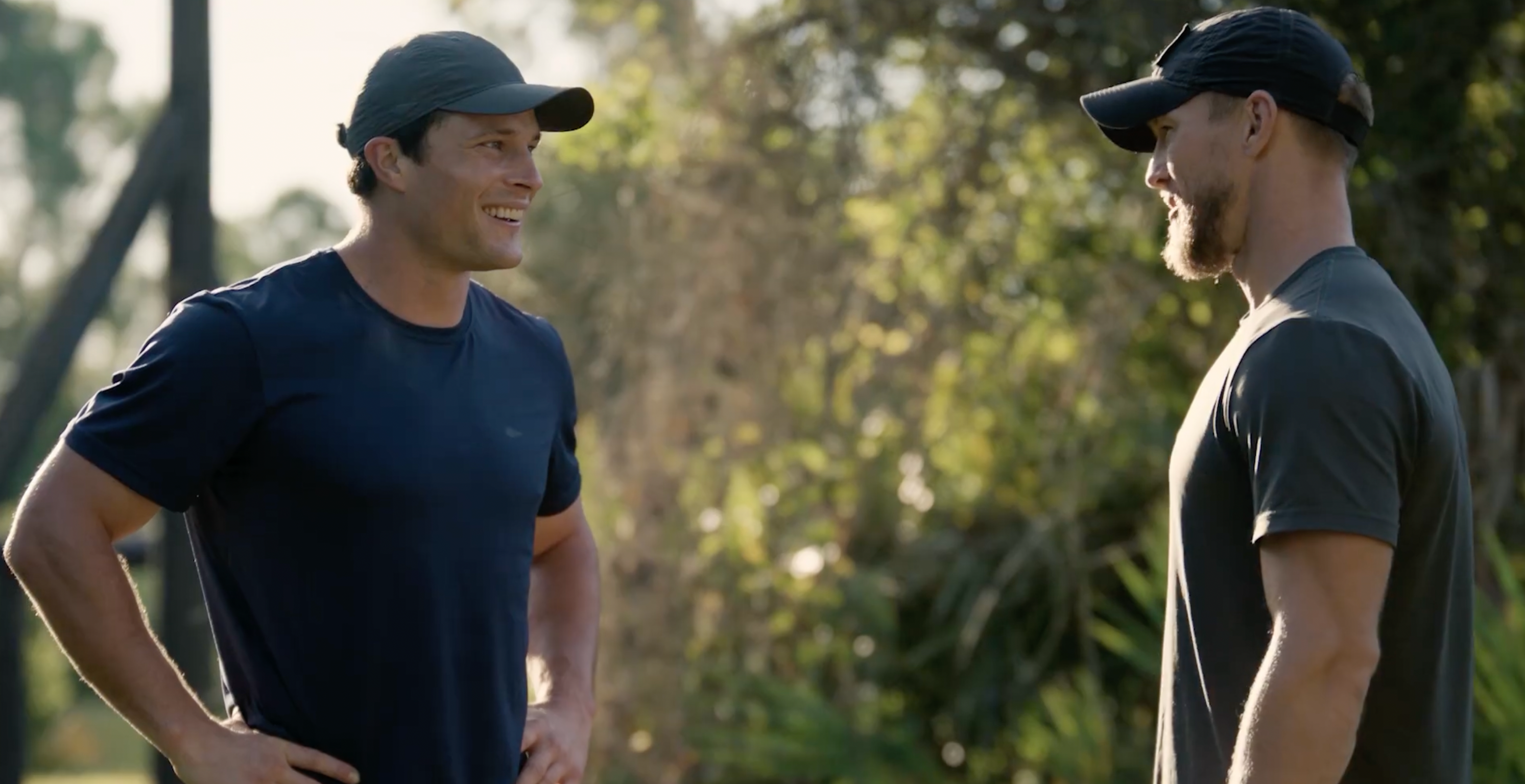 While quarterback Tom Brady has drawn criticism for comparing an NFL season to a military deployment, Whistle Sports and USAA are bringing current and former NFL players together under the league’s Salute to Service. The year-round effort aims to foster a greater understanding between players and service members while honoring and empowering service members, veterans, and their families. To that end, former NFL linebacker and Carolina Panthers team captain Luke Kuechly tackled a military style obstacle course as part of Whistle Sports’ “I Could Do That” series.

Kuechly played for Boston College as was the drafted by the Panthers ninth overall in the 2012 NFL Draft. He played all eight of his NFL seasons for Carolina. In his first season, Kuechly won the AP NFL Defensive Rookie of the Year Award, the third youngest in history. The next year, he became the youngest recipient of the AP Defensive Player of the Year Award. While Kuechly put hard work into his NFL training, he got a taste of Air Force Special Operations training that presented him with a new challenge.

Military members, regardless of service branch, quickly become familiar with obstacle courses. The physical and mental aspects of overcoming obstacles are key building an effective fighting force. Kuechly took on the obstacle course with veteran combat controller Daniel Skidmore and force support specialist Justin Kiel who focused on fitness events. “I feel a little bit nervous actually,” Kuechly said in the training video. “This is a little bit out of the training that I’ve always done.”

Before hitting the obstacle course, Skidmore and Kiel led Kuechly on a series of exercises including push-ups, flutter kicks with a lifted pack, team lunges, squats, bear crawls, and buddy carries. “These Air Force guys are absolute machines,” Keuchly said during the workout. The pace that the veterans set kept the former linebacker on his toes, lest he get left behind.

Starting the obstacle course, Kuechly struggled with the rope climb, electing to use only his arms. In true military fashion, Skidmore and Kiel gave him some remedial training on proper form. “We took it back, we gave him a couple different techniques that we use, and then he applied it rapidly,” Skidmore said in the video. Other obstacles like the rope swing and horizontal bar hung Kuechly up too. However, with some coaching and instructing, he learned the proper form and techniques. “He failed an obstacle, we’d go over it, and then he picks it up right away,” Skidmore said of Kuechly. “That ability to adapt and overcome…that’s what we’re looking for.”

While Kuechly didn’t serve in the military, his brother served in the Army Reserves. In addition to the familial connection, he aimed to foster an understanding with the men and women who serve and have served. “I’m out here today because…of the community aspect,” Kuechly said. “There’s nothing better than the community within the military.” He also wanted to show appreciation for the military.

After tackling the obstacle course, Kuechly summed up his experience. “It was a ton of fun,” he said. “I love challenging opportunities and this definitely was one of them.” Kuechly also highlighted the service of veterans like Skidmore and Kiel. “It’s important for people to show their appreciation [and] understand that nothing comes to us for free…,” he noted. “These guys have been a big part of what allows us to live in this great country.”