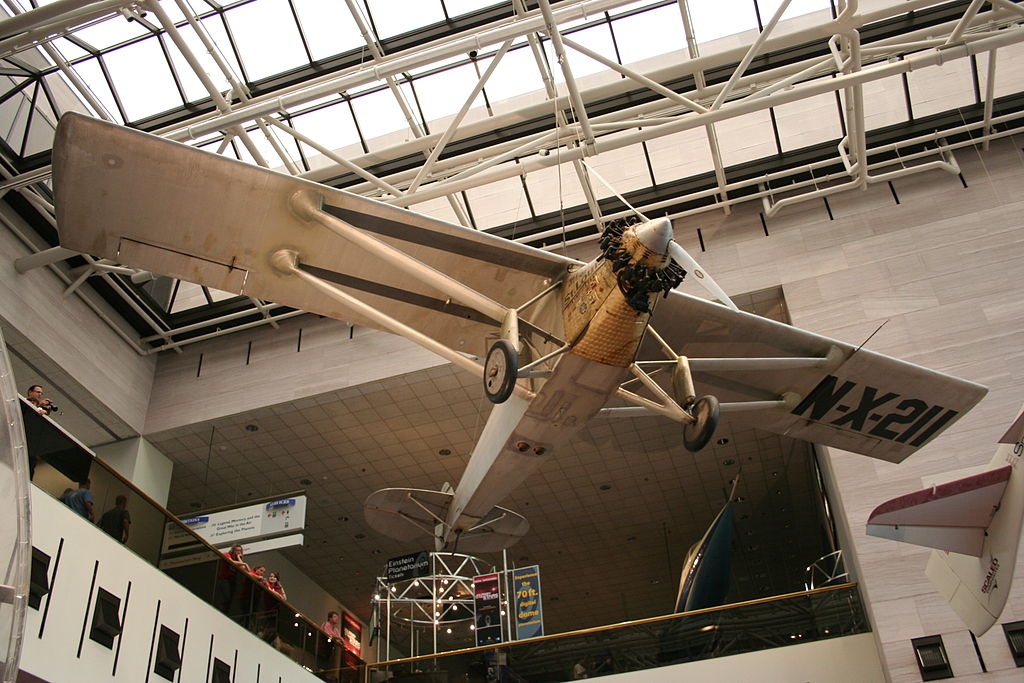 Charles Augustus Lindbergh was born in Detroit, Michigan. The Lindberghs continued to live in Detroit until their house burned down in 1905, which led them to relocate to Little Falls. While in Little Falls, a pilot came to show off his plane and sell rides in it; this was a common practice known as barnstorming. Since then, Charles Lindbergh desired to learn and dreamed of becoming a pilot one day.

Lindbergh’s first solo transatlantic flight had a phenomenal impact on aviation within Missouri and the entire United States of America. The aviation icon marked the true beginning of the air transportation age despite the widespread doubt he faced.

When Charles was 18 years old, he enrolled in the University of Wisconsin, where he studied mechanical engineering until his second year of study. Later on, Lindbergh went on to work for the Nebraska Aircraft Corporation, where he began his barnstorming career. After his second tour, Lindbergh bought his airplane, a Curtiss Jenny, and spent a whole year barnstorming on his own then decided to join the Army Air Service.

After serving in the Army, Charles was employed by the Robertson Aircraft Corporation, where he flew passengers, instructed students and flew airmail between St Louis and Chicago. Airmail flying was hazardous as he constantly battled fatigue, night-time flying and poor weather. Despite the harrowing experience, Charles became a skilled aviator and considered flying across the Atlantic Ocean.

In the 1920s, many aviators began thinking of the possibility of flying across the Atlantic Ocean. It was then that a New-York based French businessman, Raymond Orteig, offered a price of $25,000 to anyone who could triumphantly fly from New York to France. Such an endeavor required teams with multiple crew members and much financial support. Lindbergh had inadequate funds to finance his trip; however, by 1927, he received financial support from influential St Louis people in business.

On May 20, 1927, Lindbergh embarked on his journey from New York and experienced icing conditions, which made him consider turning back. Despite the bottlenecks, Lindbergh soldiered on and took the Great Circle route, where he flew from New York along the coast of Newfoundland, over to Ireland, and eventually to Paris. A day later, Lindbergh landed in Paris at 10:24 pm and he had a hero’s welcome by a crowd of thousands.

There were many doubts about Lindbergh’s prosperity as the chances of making the transatlantic flight were extremely slim. He only had savings of approximately $2,000, which was meager to support his trip. Other aviators also considered Lindbergh to be too young and inexperienced to have a successful trip.

Contrary to the perception that crew members were crucial to helping a pilot during the flight, Lindbergh had the idea of flying solo across the Atlantic Ocean. This idea seemed dangerous and absurd. Despite all these doubts, Lindbergh emerged triumphantly.

Many Americans thought it was too dangerous and expensive to travel by airplane, so many opted to travel by car, train, and ship. Lindbergh’s first transatlantic flight revolutionized these negative perceptions of air travel. After a 33 ½ hour non-stop flight from New York to France, Lindbergh managed to land his plane safely.

Despite being previously marred with unfounded perceptions, Americans acquired confidence in air travel. By 1929, the United States airlines had approximately 117,000 passengers, which was three times the number of passengers that had boarded their planes during the previous year.

Lindbergh’s flight positively impacted the aviation business, as the aviation stocks soared in value and interest. Many financial investors sought to invest in airline businesses, and multiple airlines started to emerge. By 1930, there were 44 scheduled United States Airlines and numerous non-scheduled ones.

At the same time, his achievement also initiated advancements in the space industry. As a result of Lindbergh’s help, Robert Goddard, who was perceived as the father of American rocketry, secured funding for modern rocket research.

Due to Lindbergh’s aviation expertise, he supported the United States war effort after the Japanese attack on Pearl Harbor. He demonstrated and guided the marine pilots on how to take off with a bomb load safely. Aside from that, Lindbergh flew dozens of combat missions in the pacific as a civilian contractor.