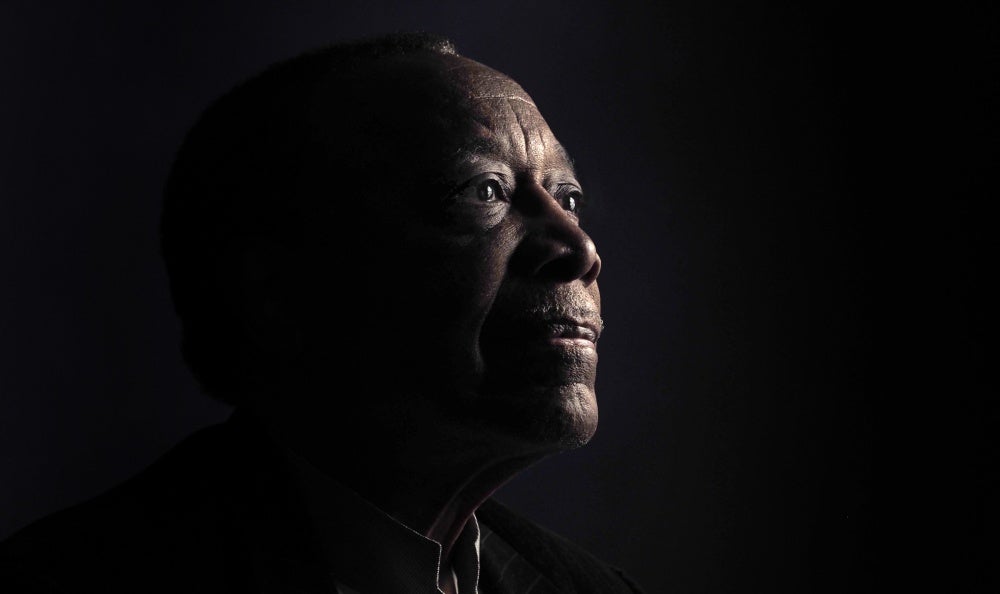 During World War II and the Korean War, the United States trained over 1.5 million African American soldiers. Aside from gaining the combat experience of a lifetime, the role of a soldier in patriotic America gave Black veterans an even bigger opportunity; specifically a much larger platform from which to fight for equality.

Even in the military, Black and white soldiers were segregated.

While this was mostly true of American training bases in the south, even outside of segregated spaces, Black soldiers held fewer privileges than prisoners of war and faced increased hostility throughout the U.S military. Though both Black and white soldiers weren’t subjugated to different levels of combat and violence, Black soldiers were frequently given low-status positions such as cooks or janitors.

Despite continuous discrimination, many African Americans in the military stepped up to the plate and persevered. The following are just a few of the remarkable Black vets who paved the way for a more equitable American military force.

Dorie Miller was a Mess Attendant, Third Class on battleship West Virginia. Miller enlisted in 1935 when African Americans were not allowed to be trained in combat, let alone wear the Navy’s insignia. During his time on the West Virginia, Miller witnessed Japanese fighter pilots attack Pearl Harbor. Despite only having trained as a cook, he manned an anti-aircraft machine gun, shooting down several enemy fighters and saving dozens of critically injured soldiers. He was one of the last three men to jump ship, continuing to seek out and retrieve injured servicemen before saving himself.

However, when newspapers reported the heroes of Pearl Harbor, the Navy’s public relations official referred to Miller as “an unnamed Negro messman.” Though the Navy’s blatant discriminatory omission of Dorie Miller’s name might never have let his heroism go unrecognized, the Pittsburg Courier, a Black-owned newspaper, officially identified him in 1942. Yet while Miller continued to be denied accolades by persistent, white conservative politicians, his actions broke barriers in the Navy; Finally, allowing Black men were eligible to receive combat training and to hold rank. Miller continued his career in active service and through persistent lobbying from the NAACP, he became the first Black man to be awarded the Navy Cross. Although he died while on active duty during World War II, he was also posthumously awarded the Congressional Medal of Honor award.

Though many African American soldiers were forced to navigate racism within the military, enlisting and being stationed in other countries also allowed them to experience new perspectives. The military provided opportunities to escape poverty and meet more open-minded people and cultures where legalized segregation didn’t exist. In addition, Black veterans were given educational opportunities many may have never gotten otherwise. Though discrimination kept a lot of Black veterans from receiving benefits, the GI Bill of 1944 gave veterans and servicemen free college tuition.

When WWII ended, Black soldiers returned home to much of the same.

Despite their accomplishments on the field, they faced the same discrimination at home as they always had. Now, however, they had something they didn’t have before they joined the military; perspective. Now that they had witnessed the ideological landscape of the rest of the world, they found a renewed determination to fight for civil rights. If other countries had civil rights, why not America?

African Americans’ combined fight against fascism and racism was referred to as the “Double V” by the famed Black newspaper, the Pittsburgh Courier. White supremacists fired back at the fight for equal citizenship, threatening Black veterans with violence if they ‘stepped out of line’. Black veterans were dissuaded from going out in uniform, as it supposedly implied they were too confident in their own presence. Several Black veterans were murdered.

Amzie Moore, a Mississippi native, was already an established business owner in Cleveland and had been one of the first Black men to register to vote in 1935 in the state of Mississippi. However, upon visiting Mississippi after finishing his service overseas, Moore discovered that white men had organized a ‘home guard’ as a way to protect women from African American veterans. Though Moore had already become involved in midwestern politics before enlisting, the white backlash against Black veterans pushed him to involve himself more in the blossoming civil rights movement. Moore’s success in business had put him in the spotlight for collaboration with other civil rights leaders, which ultimately led him to be elected as president of the Cleveland chapter of the NAACP.

In 1946, Medgar Evers, who was also from Mississippi, gathered a group of fellow Black veterans together to try and register to vote. They were forcibly ejected from the courthouse by an armed mob of white men, but this didn’t stop Evers from pursuing equality. He later attempted to integrate the University of Mississippi law school. He was rejected yet again, so rather than become a lawyer, Evers chose a career with the NAACP. There, he served as the organization’s first field secretary in Mississippi.

Evers and Moore shared past experiences working together as two of the four founders of the Regional Council of Negro Leadership. Moore and Evers continued working together, interviewing witnesses of the Emmett Till trial. The two were a perfect team and used the knowledge they’d acquired while in the military, with one NAACP organizer stating that veterans werw specifically scouted because they “don’t scare easy.”

Another black veteran, Hosea Williams had gone into battle under the command of General George Patton and was the only member of his unit to survive a Nazi bombing. After spending over a year in a hospital recovering from his severe injuries, Williams returned to the U.S. However, rather than being thanked for his service and respected, he was beaten “like a common dog,” for using a whites-only water fountain. Williams is quoted as saying “At that moment, I truly felt as if I had fought on the wrong side…Then, and not until then, did I realize why God, time after time, had taken me to death’s door, then spared my life … to be a general in the war for human rights and personal dignity.” It was then that Williams joined the NAACP and later became a trusted colleague of Martin Luther King Jr. He’s best known for carrying out voter registration initiatives in 1964 and marching with John Lewis on the infamous “Bloody Sunday.”

One can’t talk about Black veterans and their influence on civil rights without mentioning Grant Reynolds. Reynolds was incredibly ambitious and was prepared to defend his country during WWII no matter the cost. He trained as a chaplain but soon resigned, citing “brazen racism” as his primary reason for leaving. Later on, Reynolds worked with A. Philip Randolph to record his experiences. In 1947, he also founded the Committee Against Jim Crow in Military Service and Training. Reynold’s efforts in the organization paid off, as it led to President Truman’s order to integrate the military in 1948.

All in all, Black veterans played a pivotal role in civil rights in America. They broke barriers, made strides for racial equality, and never backed down from a fight- not even when it happened in their own backyard.