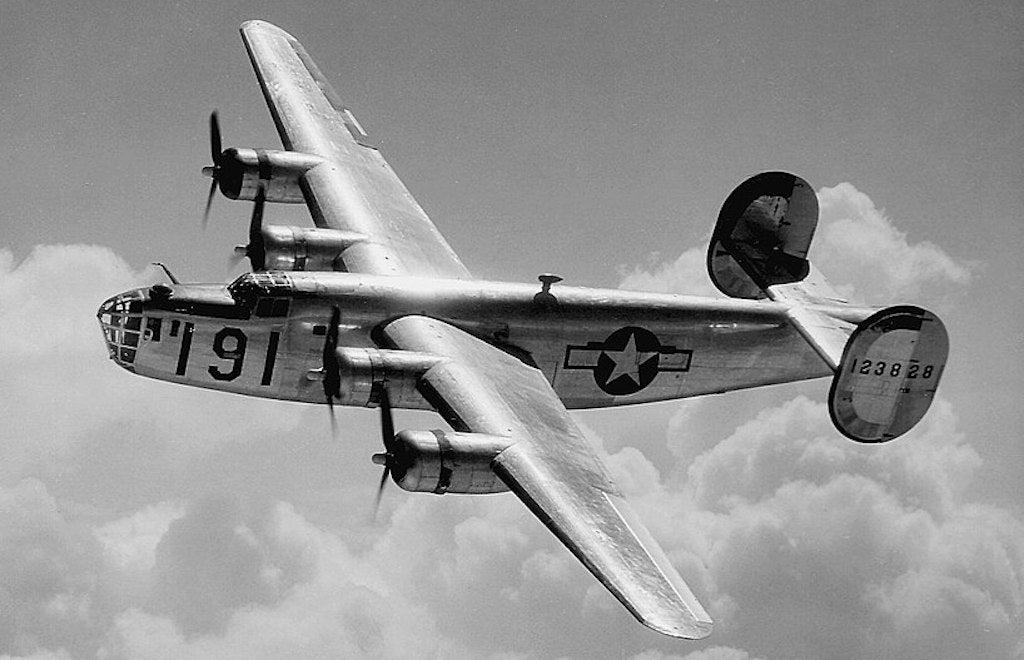 A Consolidated B-24 Liberator from Maxwell Field, Alabama, four engine pilot school, glistens in the sun as it makes a turn at high altitude in the clouds. Heavy Bombers. (U.S. Air Force photo).

In the 1940s, the islands of the Pacific Ocean were a lot more wild than they are today. Nowhere was this more true than on the island of Borneo. At the time it was still largely untamed and unexplored by Westerners, and still full of the “Wild Men of Borneo.”

Two airmen from the U.S. Army Air Forces discovered just how civilized – and how savage – these wild men of the Pacific Islands could be. After being shot down over the islands in their B-24 Liberator bomber, they were taken in and defended by the headhunter tribes who encountered them.

John Nelson and Tom Capin were crew members on a B-24 Liberator, part of the U.S. Army Air Forces 5th Heavy Bombardment Group during World War II. Based in the Pacific, they were sent out on a bombing run over Brunei Bay in November 1944. Their aircraft would not make the return.

The two men were forced to bail out after their bomber was hit by defending Japanese flak guns as it attacked a force of 40 Japanese cruisers and destroyers. Capin landed safely and followed a nearby river, but went without food, wandering the wilderness for more than a week. Two men from the local Dyak tribe found him.

Dayaks are a loose term for the people who inhabit the hills of central and south Borneo. There are around 200 different tribes inhabiting these wild areas, most with dissimilar languages, customs, laws and territories. Many even have their own religions and headhunting was a part of that religion back in the 1940s.

Although they had largely given up the practice, the Dayaks revived the practice in the face of Japanese aggression. The Japanese were not kind occupiers to the native peoples of the island and enraged Dayaks took the opportunity to strike fear in Japanese patrols by reinstating their old custom for a time.

The pilot and co-pilot of their plane didn’t survive the attack. Capin and eight others bailed out over Borneo, with one never being found. The seven survivors all lived in native villages on the island’s interior. Capin lived among the natives for months, wearing only a loincloth and hunting wild game with a blowgun.

The tribesmen not only reunited the seven survivors from the Army B-24 Liberator, they also reunited them with seven other Navy airmen who had been shot down over the island previously.

Together, they instilled fear in the Japanese. They took every opportunity to capture and kill enemy soldiers who were unlucky enough to stray from their groups. They ambushed patrols, even using naked women as bait to slaughter the occupying forces. They only thing the airmen didn’t partake in was the Dayak custom of severing, drying and displaying the heads of the fallen enemy.

Eventually, they were all rescued by Australian special operations commandos teaching the natives to fight their occupiers on the island. The men and the Australians set up a radio station and constructed a crude landing strip from bamboo rods. It took a few months, but it was enough to be rescued.

By then, the men were in no shape to keep flying. It didn’t matter, anyway; the Americans had dropped the atomic bombs on Japan and the war was over.