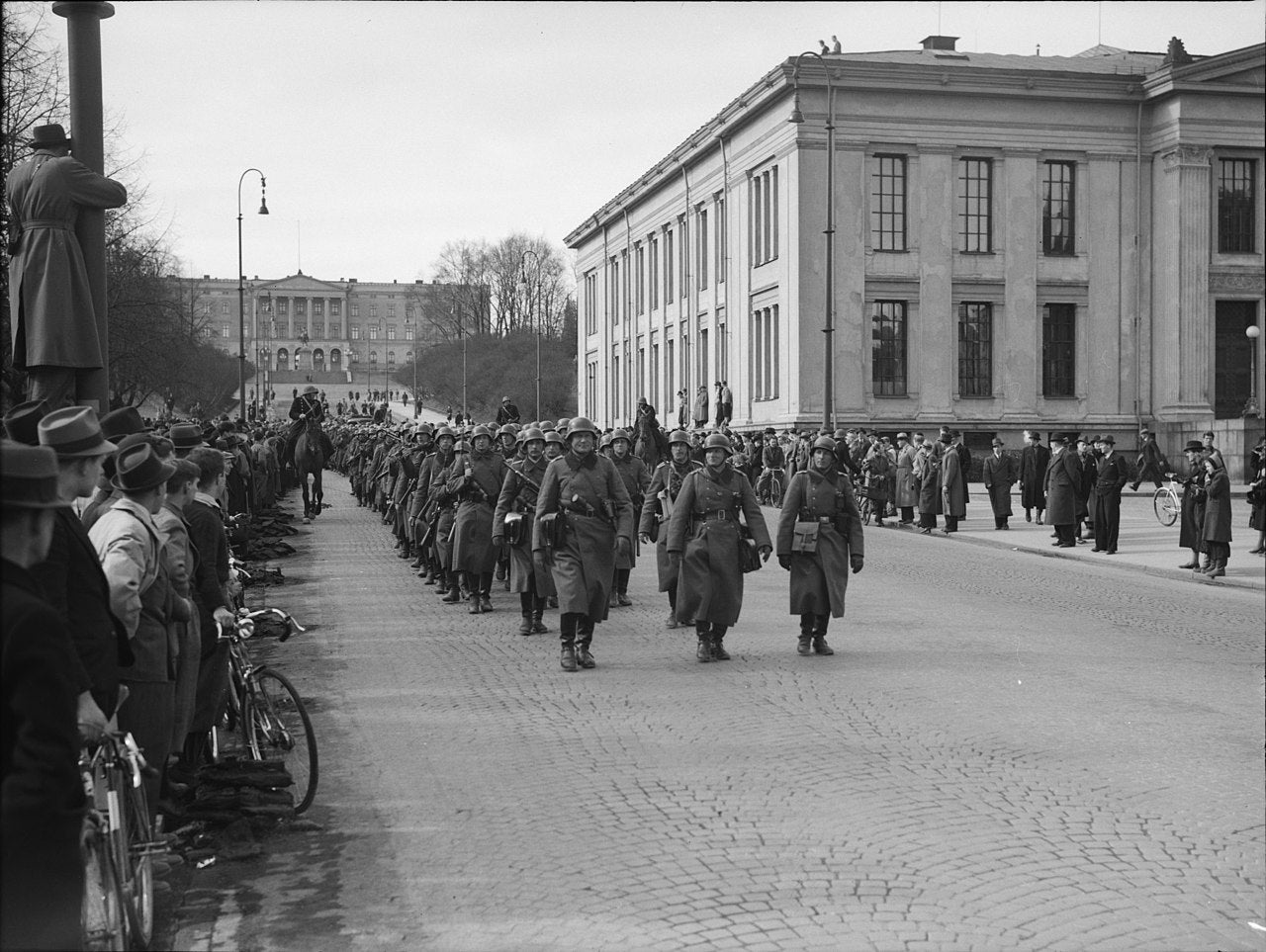 Just three months after the German invasion of Poland that sparked World War II in Europe, the war raged across the north of the continent. The Soviet Union invaded Finland as Hitler prepared to march the German army into Norway.

10,000 men invaded Norway and Denmark on April 9, 1940. Denmark capitulated immediately while Norway resisted for nearly two months. Meanwhile, the American mission in Helsinki received orders that two Army officers, Maj. Frank Hayne and Capt. Robert Losey, were to be dispatched to Norway and Sweden to keep an eye on the developments of the war there.

Losey was a West Point graduate and a meteorological officer with the dream of being an Army Air Corps pilot. The two first went to Stockholm, Sweden to work at the defense attache’s office. Upon his arrival, however, Losey was sent to Oslo, Norway, to assist Ambassador Florence Harriman as she managed the evacuation of American staff and dependents from the country.

Except the ambassador wasn’t in Oslo. Losey had to fly to meet her in Sweden, where she was supposed to link up with the French and British diplomats who were once in Oslo and prepare for the repatriation of their families. But the families had not yet arrived.

Capt. Losey feared the vehicles driving the families of French and British diplomats were somehow lost on their way to the remote outpost along the Norwegian border with Sweden, where they were supposed to meet. On April 14, 1940, he told the ambassador that he would head back to Norway to see if he could locate their party.

The Americans fitted a vehicle with an American flag draped over the top of it in hopes that any passing German plane would recognize the neutrality of the United States. He departed with a driver provided by the ambassador but returned the same day without any new information. He was then dispatched to Stockhollm to make a report to Washington through the embassy there.

While in Sweden’s capital, he decided that another search trip should be made, and although Ambassador Harriman insisted on going along, Capt. Loosely demurred. It was dangerous to travel as the Germans were hitting nearly everything that moved along the roads. Losey implored Harriman that her job was getting the families of diplomats to safety and that she was best there in Sweden. She agreed and Losey departed for Norway.

Losey arrived in Dombas, Norway on April 21, 1940, just as the German luftwaffe attacked the transportation hub there. With their flag-draped car already aboard the train, Losey and his driver were forced to take cover from the dive bombers and ran with other frightened passengers into the perceived safety of a railway tunnel. As passengers ran into the tunnel, Losey watched the fighting overhead, some 300 yards from the tunnel entrance.

German stuka dive bombers, aiming for the railroad cars and tracks, hit everything they could with their stunning display of blitzkrieg air tactics. One of the bomb went wildly off target and landed near where the American officer was standing, peppering his body with shell fragments and hitting him in the heart. It killed him instantly. He was the first American military casualty of World War II in Europe.

Ambassador Harriman held a funeral service for him at the American embassy in Stockholm when she received word of his death. A statue was erected in Dombas in his honor in 1987.