The Army lost a super heavy tank prototype for 27 years 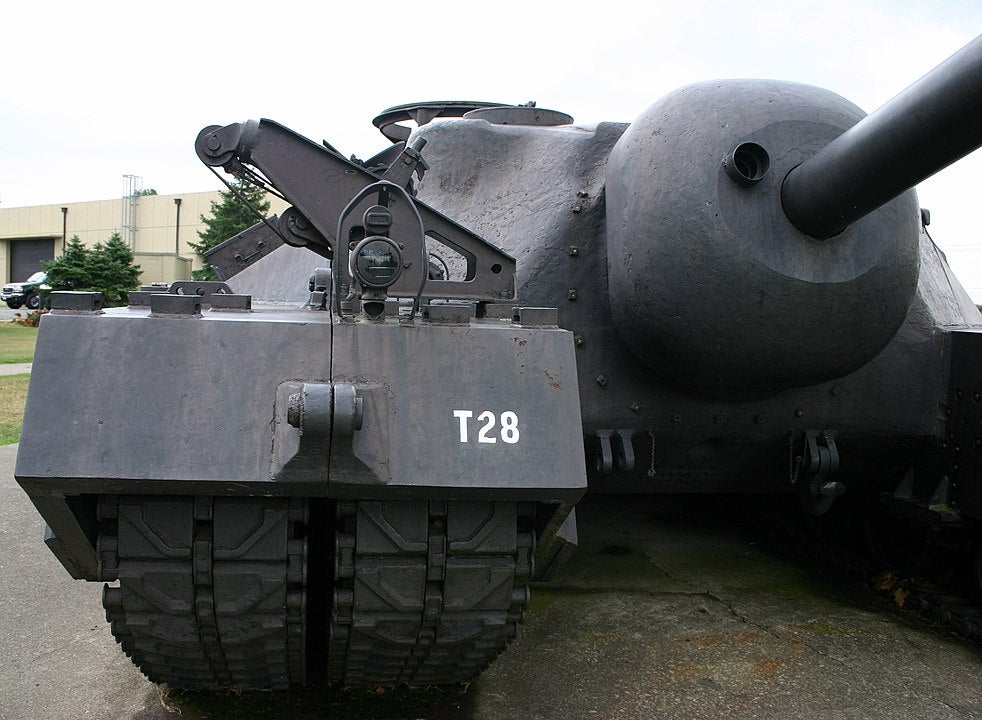 As the Allies advanced on all fronts in World War II, the United States needed a new weapon. It had to be able to protect Allied troops while being powerful enough to break through the German defenses at the Siegfried line and land on the Japanese mainland.

The Army built two prototypes of a super-heavy, super armored tank for just that purpose in 1945 – and then lost one of them almost as quickly.

Toward the end of 1944, American war planners knew the war was coming to a close. They were looking at how they would be able to smash through the vaunted defenses of the Siegfried Line that blocked their path into greater Germany.

Nazi Germany’s Siegfried Line was a 300-mile line string of fortifications along the German border that was filled with bunkers, “dragon’s teeth” tank traps, pillboxes for machine guns and anything else that might slow or stop an enemy advance.

Meanwhile, they were also preparing for the final invasion of the Japanese mainland. The year 1945 would bring them to the doorstep of mainland Japan, after the fall of Iwo Jima and Okinawa. Japanese resistance had been extremely strong almost everywhere the Americans fought them.

For both these reasons, the United States decided it needed an equalizer. It decided that this equalizer would come in the form of a massive tank, the T28 Super Heavy Tank.

Concepts for super heavy tanks were nothing new. Germany, the Soviet Union, and the United Kingdom were already developing their own versions of massive tanks for the war. The American version came in at 95 tons, with 12-inch armor plating, and a massive, fixed 105mm turret as a main gun. This behemoth was powered by a Ford V8 engine that could only move at a top speed of eight miles per hour.

Originally planning to build five, the full order had to be cancelled as the war had ended by the time the first working prototype was completed in the Fall of 1945. Still with two in the arsenal, the Army decided it would test the ones it had.

The tests did not go as well as the Army had hoped. The first T28 was scrapped after an engine fire heavily damaged the tank during its first trials at the Yuma Proving Grounds. The second T28 fared much better but the program was scrapped anyway. Army planners had already created two newer, more versatile tanks without making it super heavy.

Then, everyone, including the Army, forgot about the T28. Literally. As tank concepts continued to evolve and more and better tank programs were rolled out in the 27 years following World War II, the Korean War, and even the Vietnam War, the T28 sat abandoned in a field.

By the time someone discovered the massive World War II-era super heavy tank in a Fort Belvoir field in 1974, it was covered in brush and bushes had grown up around the tank. No one really knows if it had been there the entire time or where it could have been if it wasn’t there the entire time.

It was soon moved to the Patton Museum of Cavalry and Armor at Fort Knox in Kentucky, as the remaining T28 prototype had really just become a museum piece in the intervening years. The Vietnam War was over, the Army was in its second generation of main battle tanks with the M60 Patton tank, and Japan and West Germany were now American allies.

The T28 was moved from the Patton Museum at Fort Knox to Fort Benning in Georgia in 2010.