America's 9 most deadly wartime enemies, ranked - We Are The Mighty 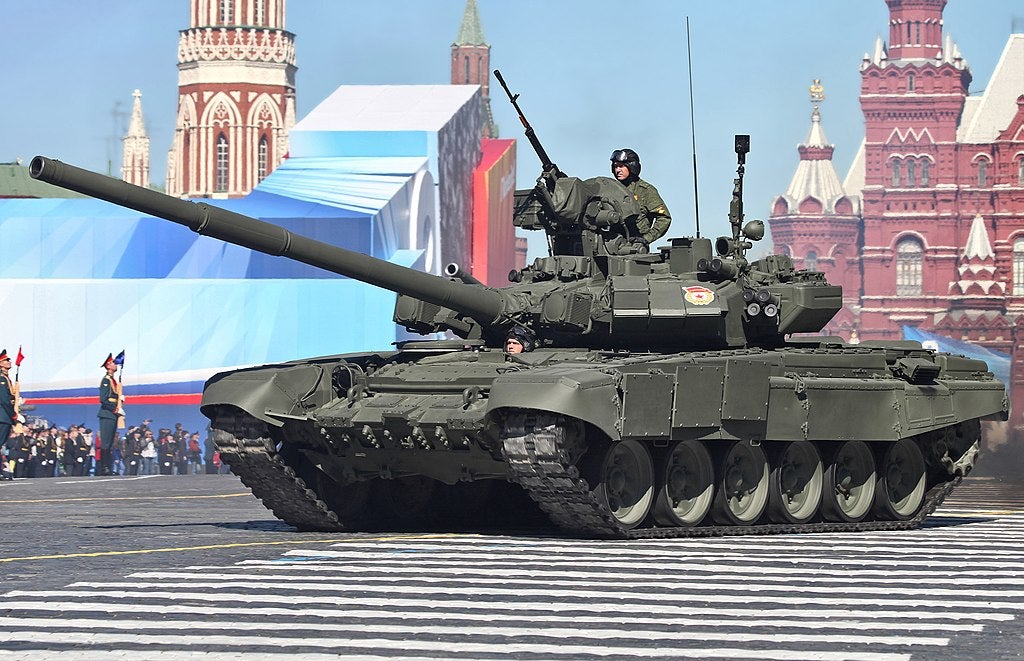 Russian Army T-90A tank on display during parade festivities in May 2013. (Wikipedia).

The United States wasn’t the most dominant country on Earth from the get-go. For most of our nearly 243-year history, in fact, we lived by the skin of our teeth. It’s a relatively recent development where some other country can call out for the blood of Americans to fill the streets, and we at home barely seem to notice. That’s the chief benefit of U.S. military. In the olden days, someone threatening the United States might have actually had a chance.

Those days are gone.

This list is about more than just how many Americans an enemy could kill. This is about being able to really take down the United States at a time when we weren’t able to topple the enemy government or wipe out their infrastructure without missing a single episode of The Bachelor.

Radical terrorism is nothing new. Just like insurgent groups, extremists, and jihadis attacking Americans in the name of their gods, other militants have been picking at the U.S. for centuries. ISIS and al-Qaeda are just the latest flash in the pan. Anarchists, organized labor, and other saboteurs were bombing American facilities well before Osama bin Laden thought of it. The U.S. Marine Corps even established its reputation by walking 500 miles through the North African desert just to rescue hostages and kill terrorists… in 1805.

What terrorists have been able to do is force tough changes in defense and foreign policy – but as an existential threat, the Macarena captured more Americans than global terrorism ever will.

The Cold War was a hot war, we all know that by now. It had the potential to kill millions of people worldwide and throw the American system into total disarray. It definitely had potential. Unfortunately, they were much better at killing their own people than killing Americans. In the end, their deadliest weapon was food shortages, which they used to great effect… on the Soviet Union.

But thanks for all the cool 1980s movie villains.

It may surprise you all to see Mexico ranked higher on this list than our primary Cold War adversary, but before the United States could take on pretty much the rest of the world in a war, a threat from Mexico carried some heft. Until James K. Polk came to office.

Even though the Mexican-American War was a pretty lopsided victory for the United States, it was hard-won. More than 16 percent of the Americans who joined to fight it never came home. And imagine if the U.S. had lost to Mexico – California, Nevada, Utah, Arizona, Texas, and parts of New Mexico, Colorado, and Wyoming could still be Mexican today.

The 19th Century and the first part of the 20th Century didn’t look good for China, but they sure managed to turn things around. While, like their Soviet counterparts, the Chinese were (and still are) better at killing Chinese people than Americans, they sure had their share of fun at our expense. The Chinese fueled the Korean War, the war in Vietnam, and the ongoing struggle with Taiwan and they continue their current military buildup to be able to face threats from the U.S.

While not an existential threat right now, China could very well be one day.

At a time when our nation’s growth and survival demanded it stretch from sea to shining sea, the principal stumbling block was that there were many, many other nations already taking that space between the U.S. east coast and west coast. Predictably, the Native American tribes fought back, making the American frontier manifest much more than destiny, it manifested death and destruction.

While the native tribes had very little chance of conquering the young United States, the Indians were key allies for those who could and for many decades, did keep the two parts of the U.S. separated by a massive, natural border.

The United States would be very, very difficult to invade, sure, but what if your armed forces were already on American soil and all you had to do was just keep those colonists from revolting while still paying their taxes? The only way anyone could ever have killed off the fledgling United States would be to kill it in its cradle and the British came very, very close. And just a few years later, they would have another opportunity.

In round two, British and Canadian forces burned down the White House and have been the envy of every American enemy ever since.

Japan had the might and the means to be able to take down the United States. Their only problem was poor planning and even worse execution. The problem started long before Pearl Harbor. Japanese hubris after beating Russia and China one after the other turned them into a monster – a slow, dumb monster that had trouble communicating. Japan’s head was so far up its own ass with its warrior culture that they became enamored with the process of being a warrior, rather than focusing on the prize: finishing the war it started.

There’s a reason the Nazis are America’s number one movie and TV-show enemy. The Germans were not only big and bad on paper; they were even worse in real life. Even though the World War I Germany was vastly different from the genocidal, meth-addled master race bent on world domination, in 1916, it sure didn’t seem that way. But the threat didn’t stop with the Treaty of Versailles.

The interwar years were just as dangerous for the United States. The Great Depression hit the U.S. as hard as anyone else. Pro-Hitler agitators and American Nazi groups weren’t just a product of German immigrants or Nazi intelligence agencies – some Americans really believed National Socialism was the way forward. Even after the end of World War II, East Germans were still trying to kill Americans.

After all, who fights harder or better than an American?

Like many countries before the United States and many countries since no one is better at killing us than ourselves. But this isn’t in the same way the governments of China, the Soviet Union, and countless others decide to systematically kill scores of their own citizens. No, the closest the United States ever came to departing this world was when Americans decided to start fighting Americans.