Fort Benning History: 'Temporary' during WWI - We Are The Mighty 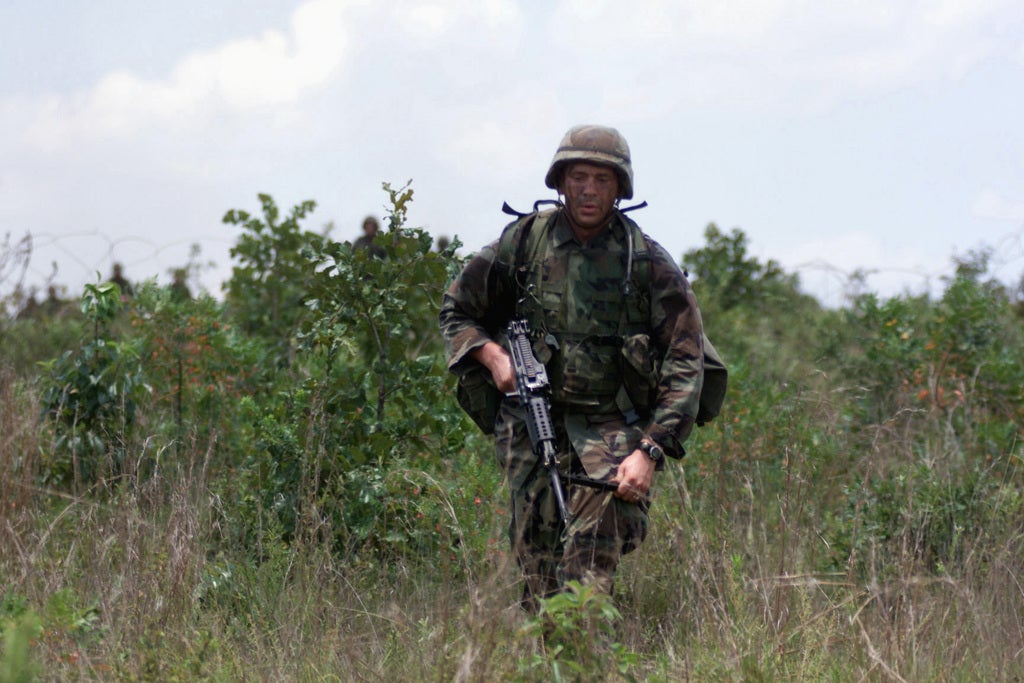 Today, Fort Benning in Columbus, Georgia supports more than 120,000 active duty military, family, Reserves, retired military, and employees every day. The Army Infantry School, Army Armor School and the Western Hemisphere Institute for Security Cooperation call Fort Benning their home. The installation has the ability to deploy forces ready for combat by air, rail and highway. So, all in all pretty badass as far as installations go. But Fort Benning’s history is a little more complicated than it might seem.

Its story begins in WWI

However, Fort Benning hasn’t always been such a powerhouse. In fact, Fort Benning’s history were pretty darn modest. Originally it was called Camp Benning because it resembled a camp more than an installation. It also wasn’t supposed to be around for that long. Monterey, California, and then Fort Sill, Oklahoma, were the original homes of what eventually became Fort Benning. It moved from Oklahoma to the east side of Columbus, Georgia in 1918 because Fort Sill was too crowded. That’s because WWI was raging and the military needed to grow – fast.

You could call Benning a camp and be right

The Infantry needed its own home separate from the Artillery School. So here’s when Fort Benning’s history really started. Camp Benning was born. Forget barracks and a DFAC – the original Camp Benning was more like camping than being in the Army. It was dirty, muddy, and there were no paved roads. Most Soldiers even lived in tents. When their families moved in, they moved right into the same tents as the Soldiers. It even got to the point where some Soldiers decided to build their own quarters so they wouldn’t have to live in tents anymore.

The little camp that could

Yet even living with their families, the soldiers were in the middle of full-on combat training. Talk about having divided attention. And speaking of, the government wasn’t super interested in improving the conditions either. The installation was supposed to be temporary so it’s possible that the earliest Camp Benning soldiers were the first to coin the phrase, “Embrace the suck.” (Just kidding. No one really knows where that apt phrase came from.)

Eventually, the government got wise and decided to establish a permanent installation at Camp Benning. You could say this is where Fort Benning’s history was born.

As anyone who’s had the pleasure of PCSing to Benning, it’s muggy, buggy and in the middle of nowhere. Talk about an ideal location for an installation. Four years after WWI ended, Camp Benning became what we all know and love as Fort Benning and legions of Army Soldiers have grit their teeth through the Georgia climate.

Despite the weather (or maybe because of it?) Fort Benning’s Soldiers have gone on to do really amazing things, like Dwight D. Eisenhower, who served at Benning as an XO.

Related: Proof that the Army continues to produce some of the best service members in the world. Check out this former Ranger who was just recognized by the Guinness Book of Records for most pull ups in 24 hours.