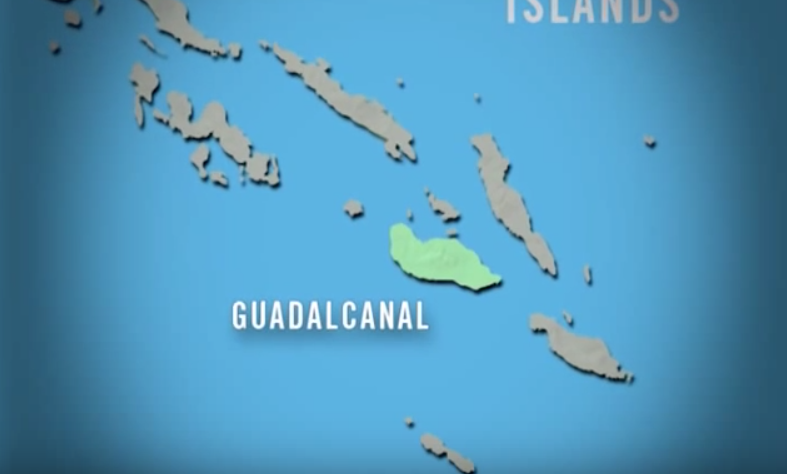 When Mitchell Paige was a young boy, he watched Marines proudly march in a parade. From that moment on, he knew he wanted to join the Corps. On his 18th birthday, the motivated young man walked 200 miles from his home in Pennsylvania to Baltimore and enlisted.

After completing his training, Paige quickly rose up in the ranks, eventually earning command over his own platoon. Soon after, he was sent to join other troops in the ground invasion of the Island of Guadalcanal. The island housed a critical airfield — one within striking distance of Australia and New Zealand, making it extremely dangerous in enemy hands.

Paige was sent in to protect another infantry company with his deadly squad of machine-gunners, but the fight would soon take an unexpected turn.

As Paige’s Marines settled into position, rain poured down. He ordered his men to remain as silent as possible. The mission was to hold the line at all costs — or risk losing control of the crucial airfield.

Then, the enemy swarmed in, engaging the Marines with everything they had. As his men fell injured, Paige ran back and forth firing his men’s weapons, making the Japanese think there were still plenty of American troops left in the fight.

As Paige continued to fire the machine guns, he was discovered by an enemy troop. That troop aimed directly at Paige and fired. The platoon sergeant leaned back and somehow dodged the incoming rounds. The hot bullets whizzed through the tiny, open space between Paige’s neck and chin, miraculously causing zero damage.

Paige returned fire, taking the enemy soldier out just as quickly as he had appeared.

Still, the Japanese troops severely outnumbered the American Marines. Paige loaded himself up with ammo and charged the enemy while holding his .30 caliber machine gun at his hip. He shot at every Japanese troop that entered his field of vision.

On May 21, 1943, Mitchell Paige was awarded the Medal of Honor for his heroic deeds.