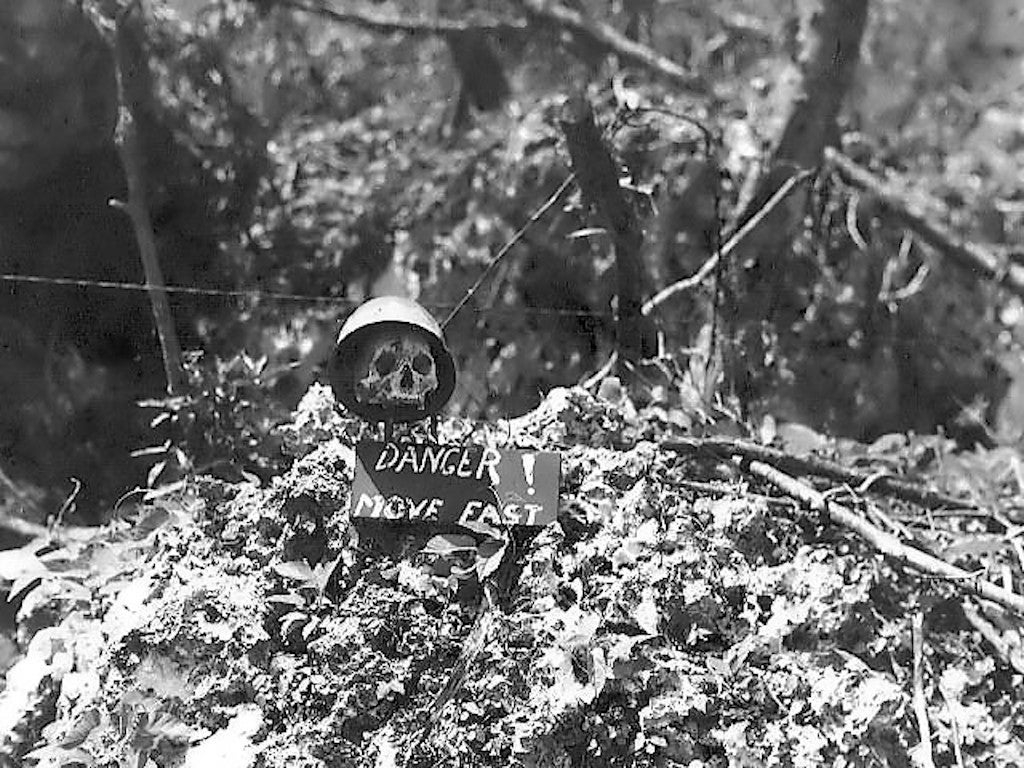 Real-world battles, such as that that defined in the world wars, is indescribably brutal. It’s why only participants can truly understand its terror. The carnage of “The Great War,” with its years spent in mud-packed, rat-infested tunnels and trenches, was punctuated with a whole set of new weapons. Gargantuan artillery guns rained death on millions of men hunkered in their holes. It’s no wonder “shell-shock” plagued armies on both sides, while political leaders dined on delicacies in their palaces.

World War II, of course, presented a new set of challenges, from the steamy jungles of the Pacific to the Nazi fortress in Europe. Playing life chess with Hitler’s top commanders and a steely foe, Eisenhower also fought through new German weapons like the V2 rocket.

It was the men in the field though that defined conflict. They were the difference between winning and losing. And it is from them we have the best accounts of war. Journalists and researchers can piece events together and sometimes write blockbuster books (Band of Brothers), but it is the men who have faced death themselves that offer the realism.

Take Eugene Sledge. As if in a movie, his real name gave way to a memorable nickname, The Sledgehammer, due to his devastating skills in combat, Sledge fought in the South Pacific as a member of the 1st Marine Division (3rd Battalion, 5th Marines), seeing action at Okinawa and the lesser known Peleliu. His account of that action in With the Old Breed is a book you will not forget. Ever.

Eugene Bondurant Sledge was born in Alabama in the shadows of the Great War. While still in school a year after Pearl Harbor, Sledge joined the Marines. He enrolled in officer’s training and then things got really interesting.

Okinawa is one of the famous battle sites of World War II, one of those island-hopping locales the Marines road to the end of the war, when two atom bombs were dropped on Japan to conclude hostilities.

The Sledgehammer’s memoir, With the Old Breed: At Peleliu and Okinawa, is considered a classic by no less than Victor Davis Hanson. In it, Sledge recounts tales of horror so…horrifying…that they stretch credibility.

Except, they really did happen.

Once, while firing mortars, whose firing patterns were arranged to trap Japanese soldiers on the other side of a ridge, Sledge and his men had to come up with creative ways to cool the intensely hot tube—barrel—from the hundreds of rounds fired. Wrapping a field jacket around the base didn’t do the trick, so they rapidly poured water from a crater over the tube. Days later, they heard from another Marine that had been through the target area that he counted 200 dead enemy soldiers.

If anyone thinks Sledge and men like him considered themselves macho men, you should know that years later, Sledge’s father found him crouched over a wounded dove Sledge was forced to put out of its misery. He was weeping. Killing held no thrill for the man from Alabama.

He remembered that while daytime battle scenes were ghastly, “but by night it became the most terrible of nightmares.” Sledge said that it was at night that hallucinations overtook him.

“I imagined Marine dead had risen up and were moving silently about the area. I suppose these were nightmares, and I must have been more asleep than awake, or just dumbfounded by fatigue. Possibly they were hallucinations, but they were strange and horrible. The pattern was always the same. The dead got up slowly out of their waterlogged craters or off the mud and, with stooped shoulders and dragging feet, wandered around aimlessly, their lips moving as though trying to tell me something. I struggled to hear what they were saying. They seemed agonized by pain and despair. I felt they were asking me for help. The most horrible thing was that I felt unable to aid them.”

Sledge learned that the enemy were merciless and could only be defeated if they were dead. A counterattack one night was like something out of a horror movie.

“Sledgehammer, wake up. [The enemy] is up to something.”

Soon it became clear that the Japanese were attempting to outflank the 1st Marines. Added to the situation, enemy paratroopers were rumored to be coming. It was a night of savage fighting, while also worrying about what might happen, where the enemy might be coming.

The Marines’ response to the news of V-E Day was nonplussed. As Sledge would write, “We were resigned only to the fact that the Japanese would fight to total extinction on Okinawa, as they had elsewhere, and that the Japan would have to be invaded with the same gruesome prospects. Nazi Germany might as well have been on the moon.”

In the summer of 1945, home might as well have been on the moon, as well. But E.B. Sledge would go home to Alabama. There he would take a sledgehammer to his memories 1943-45.

And learn to live again.