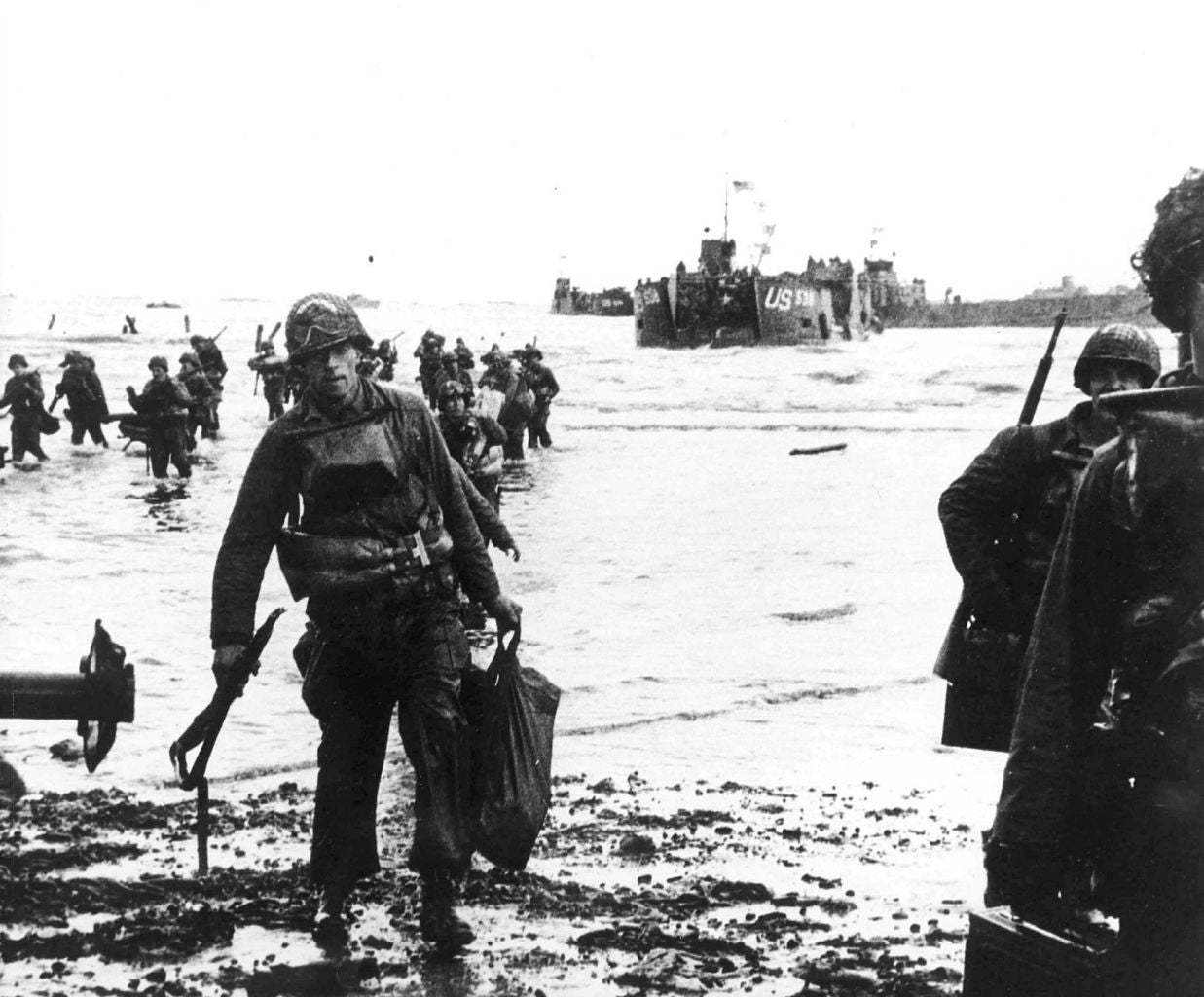 Leonard Schroeder trained his whole career for that moment. A native of Linthicum Heights, Maryland, he attended the University of Maryland with a ROTC scholarship, graduating in June 1941. He became an Army officer at just 22 years old.

When the Imperial Japanese Navy attacked Pearl Harbor that December, Schroeder was sent to the 4th Infantry Division at what was then called Camp Gordon in Georgia. He would spend the next year and half training with his infantry unit, then another six months training in amphibious landings in Florida.

By January 1944, he was 25 years old and in command of the 219 men from Company F of the 2nd Battalion, 8th Infantry Regiment, 4th Infantry Division. They boarded a ship bound for England, where they would await orders to invade continental Europe and liberate France from the Nazi jackboot.

It was in southern England that Schroeder learned the 8th Infantry would be making the initial push into France. The young infantry officer, then a captain, took ill in the weeks before the D-Day landings. It was none other than Brig. Gen. Theodore Roosevelt, Jr. who came to the hospital to visit Schroeder and tell him the news.

“My Dad was sick before the invasion and was in the hospital,” his daughter Jane said in a local Tampa, Florida news story. “So General Roosevelt went to see him and said ‘come on, you got to get out because I’m riding on your boat…I want you to get me on the beach.’

Roosevelt wanted to ride in Company F’s boat and be among the first to hit the beaches. Roosevelt, along with Schroeder and his men would be landing on Utah Beach.

The 8th Infantry had been training their whole careers for this moment, but they had never seen real combat before, but their morale was high. They had been working as a unit since the start of the war and the Allied leadership was certain this was the unit that should lead the way.

On the night of June 5, 1944, Capt. Schroeder was out of the hospital and boarding the USS Barnett with his troops.

At 2:30 in the morning on June 6th, the troops boarded their landing craft and sailed for France. By the time they’d reached the shores of Normandy, they were two minutes early and the pre-invasion bombardment was still underway. When the doors fell down, Schroeder took a step onto the beach and became the first Allied soldier in France.

Despite being seasick from the shallow water journey, the soldiers of Company F disembarked their LCVPs and waded ashore through 100 yards of waist-deep water as Allied bombing and naval gunfire lit up the defenders of the beaches.

As the first of 620 soldiers from the 4th Infantry Division to hit the beaches, Schroder and his men were contending with Nazi machine guns boring down on them, “friendly” bombs lighting up the morning sky, underwater mines, hidden barbed wire, and anti-tank obstacles and trenches. Their mission was to destroy the enemy fortifications and liberate a village five miles from the beachhead.

The ensuing battle inflicted a 50% casualty rate on the men of Company F. Schroeder himself was shot and wounded twice in his left arm. They fought their way through the defenses, despite landing 2,000 yards from where they were supposed to be. Within a couple of hours, Schroeder’s section of beach was cleared.

He fought along, wounded before waking up on a stretcher. On his arm was a tag that said his arm needed to be amputated. He refused, saying that he wanted to go to a hospital in England. That action saved his arm, but during his recovery, he was given a newspaper that revealed the news: he was the first Allied soldier to hit the beach.

Schroeder received the Silver Star for leading the attack on Utah Beach that day, and his career would continue for another 30 years, as he continued to serve the U.S. Army in Korea and in Vietnam. He died in Florida in 2009 at the age of 90.