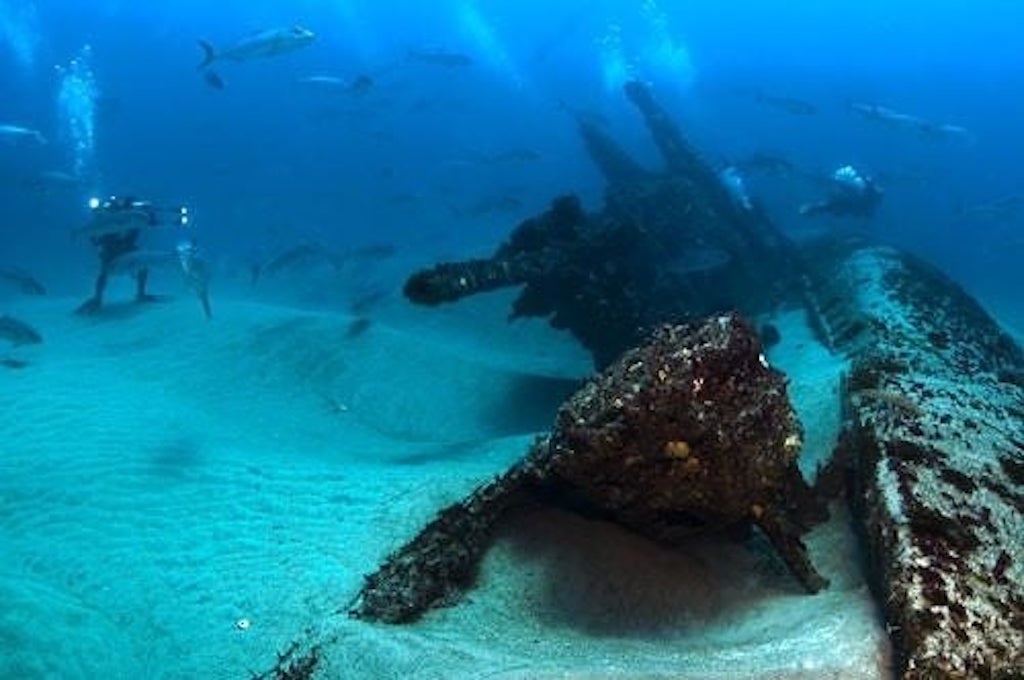 At a little after two o’clock in the morning on Monday, January 19, 1942, an earthquake-like rumble tossed fifteen-year-old Gibb Gray from his bed. Furniture shook, glass and knickknacks rattled, and books fell from shelves as a thundering roar vibrated through the walls of the houses in Gibb’s Outer Banks village of Avon. Surprised and concerned, Gibb’s father rushed to the windows on the house’s east side and looked toward the ocean.

“There’s a fire out there!” he shouted to his family.

Clearly visible on the horizon, a great orange fireball had erupted. A towering column of black smoke blotted out the stars and further darkened the night sky.

Only seven miles away, a German U-boat had just torpedoed the 337-foot-long U.S. freighter, City of Atlanta, sinking the ship and killing all but three of the 47 men aboard. The same U-boat attacked two more ships just hours later.

Less than six weeks after the Japanese bombing of Pearl Harbor, the hostilities of the Second World War had arrived on America’s East Coast and North Carolina’s beaches. This was not the first time that German U-boats had come to United States waters. During World War I, three U-boats sank ten ships off the Tar Heel coast in what primarily was considered a demonstration of German naval power. But by 1942, U-boats had become bigger, faster, and more deadly. Their presence in American waters was not intended for “show” but to help win World War II for Germany.

The abbreviated name “U-boat” comes from the German wordunterseeboot, meaning submarine or undersea boat. However, U-boats were not true submarines. They were warships that spent most of their time on the surface. They could submerge only for limited periods — mostly to attack or evade detection by enemy ships, and to avoid bad weather.

U-boats could only travel about sixty miles underwater before having to surface for fresh air. They often attacked ships while on the surface using deck-mounted guns. Typically, about 50 men operated a U-boat. The boats carried fifteen torpedoes, or self-propelled “bombs,” which ranged up to twenty-two feet long and could travel thirty miles per hour. Experts have described German U-boats as among the most effective and seaworthy warships ever designed.

Within hours of the U-boat attack near Avon, debris and oil began washing up on the beaches. This scene seemed to be repeated constantly. For the next six months, along the East Coast and the Gulf of Mexico, at least sixty-five different German U-boats attacked American and British merchant ships carrying vital supplies to the Allies in Europe — cargos of oil, gasoline, raw vegetables and citrus products, lumber and steel, aluminum for aircraft construction, rubber for tires, and cotton for clothing. By July of 1942, 397 ships had been sunk or damaged. More than 5,000 people had been killed.

The greatest concentration of U-boat attacks happened off North Carolina’s Outer Banks, where dozens of ships passed daily. So many ships were attacked that, in time, the waters near Cape Hatteras earned a nickname: “Torpedo Junction.” U.S. military and government authorities didn’t want people to worry, so news reports of enemy U-boats near the coast were classified, or held back from the public for national security reasons. For many years, most people had no idea how bad things really were. But families living on the Outer Banks knew—they were practically in the war.

“We’d hear these explosions most any time of the day or night and it would shake the houses and sometimes crack the walls,” remembered Blanche Jolliff, of Ocracoke village. Even though ships were being torpedoed by enemy U-boats almost every day, just a few miles away, coastal residents had no choice but to live as normally as possible.

“We sort of got used to hearing it,” Gibb Gray said. “The explosions were mostly in the distance, so we weren’t too scared. I remember we were walking to school one day, and the whole ground shook. We looked toward the ocean, just beyond the Cape Hatteras lighthouse, and there was another huge cloud of smoke. That was the oil tanker, Dixie Arrow.”

Some Outer Bankers came closer to the war than they would have preferred. Teenager Charles Stowe, of Hatteras, and his father were headed out to sea aboard their fishing boat one day when they nearly rammed a U-boat, which was rising to the surface directly in front of them. The elder Stowe’s eyesight was not very good. He told his son, who was steering their boat, to keep on going—he thought the vessel ahead was just another fishing boat.

“I said, ‘Dad, that is a German submarine!’ And it sure was,” Stowe recalled. “He finally listened to me, and we turned around and got out of there just in time.”

The war cut back on one favorite summer pastime for Outer Banks young people. “That summer we had to almost give up swimming in the ocean — it was just full of oil, you’d get it all over you,” Mrs. Ormond Fuller recalled of the oil spilled by torpedoed tankers.

Gibb Gray remembered the oil, too: “We’d step in it before we knew it, and we’d be five or six inches deep. We’d have to scrub our feet and legs with rags soaked in kerosene. It’s hard to get off, that oil.” It is estimated that 150 million gallons of oil spilled into the sea and on the beaches along the Outer Banks during 1942.

Some local residents thought Germans might try to sneak ashore. Others suspected strangers of being spies for the enemy.

“We were frightened to death. We locked our doors at night for the first time ever,” said Ocracoke’s Blanche Styron. Calvin O’Neal remembered strangers with unusual accents who stayed at an Ocracoke hotel during the war: “The rumor was they were spies, and the hotel owner’s daughter and I decided to be counterspies, and we tried our best to follow them around, but we never caught them doing anything suspicious.”

At Buxton, Maude White was the village postmistress and a secret coast watcher for the U.S. Navy. She was responsible for observing unusual activities and reporting them to the local Coast Guard. In 1942 one couple with German accents attracted attention by drawing maps and taking notes about the island. White became suspicious, and so did her daughter, who would follow the pair from a distance — riding her beach pony.

After being reported by White, the strangers were apprehended when they crossed Oregon Inlet on the ferry. Records fail to indicate whether or not the strangers really were spies, but White’s daughter became the inspiration for the heroine in author Nell Wise Wechter’s book Taffy of Torpedo Junction.

Slowly but surely, increased patrols by the U.S. Navy and the U.S. Coast Guard, and planes of the Army Air Corps, began to prevent the U-boat attacks. Blimps from a station at Elizabeth City searched for U-boats from high above, while private yachts and sailboats with two-way radios were sent out into the ocean to patrol and harass German warships. The military set up top-secret submarine listening and tracking facilities at places like Ocracoke to detect passing U-boats.

Many people who lived along the coast during World War II remember having to turn off their house lights at night and having to put black tape over their car headlights, so that lights on shore would not help the Germans find their way in the darkness. Even so, the government did not order a general blackout until August 1942. By then, most of the attacks had ended.

On April 14, 1942, the first German U-boat fought by the American navy in U.S. waters was sunk sixteen miles southeast of Nags Head. Within the next couple of months, three more U-boats were sunk along the North Carolina coast: one by a U.S. Army Air Corps bomber, one by a U.S. Coast Guard patrol ship, and one by a U.S. Navy destroyer. North Carolina’s total of four sunken U-boats represents the most of any state.

By that July, the commander of Germany’s U-boats became discouraged. He redirected his remaining warships to the northern Atlantic Ocean and Mediterranean Sea. Nevertheless, Germany considered its attacks against the United States a success, even if they failed to win the war. Gerhard Weinberg, a professor of history at the University of North Carolina at Chapel Hill, has since called the war zone off the U.S. coast in 1942 “the greatest single defeat ever suffered by American naval power.”

As the years have passed, most of the physical evidence of World War II U-boat encounters off North Carolina’s coast has vanished. Submerged off the state’s beaches are the remains of at least 60 ships and countless unexploded torpedoes, depth charges, and contact mines. Even today, small patches of blackened sand offer reminders of the massive oil spills of 1942. On Ocracoke Island and at Cape Hatteras, cemeteries contain the graves of six British sailors who perished in North Carolina’s waters.

In spite of those stats, most Americans don’t know about the time when war came so close.

Kevin P. Duffus is an author and documentary filmmaker specializing in North Carolina maritime history. He has lectured for the North Carolina Humanities Council on topics that included World War II along the state’s coast.