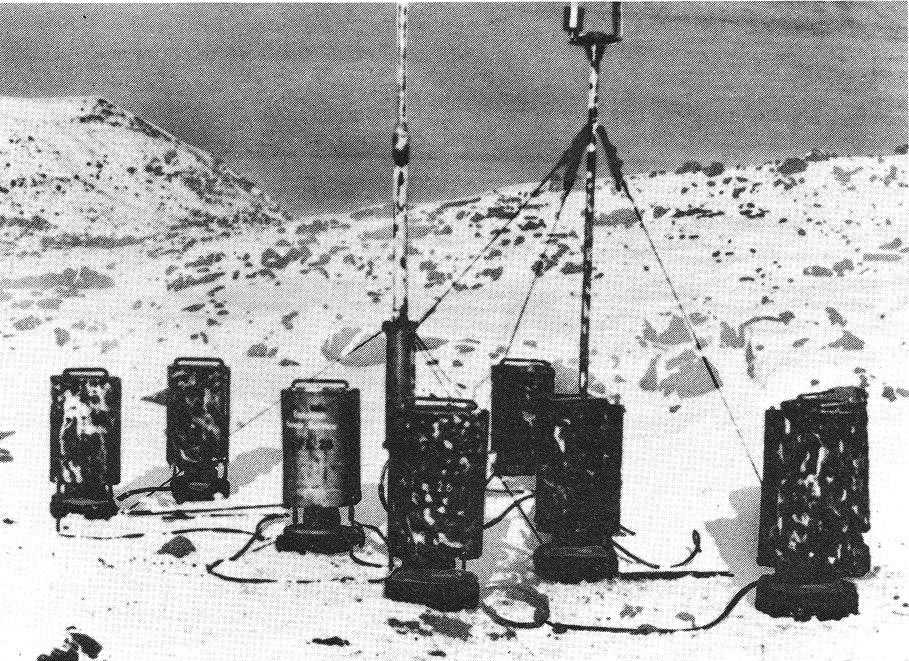 Germany didn’t have a lot of luck in the United States during the second world war. Its spy ring was wrapped up and captured before the U.S. entered the war. When the German navy tried to land saboteurs on the U.S. coast, they were caught by the Coast Guard, hunted down by the FBI and eventually executed.

Where the Abwehr failed, however, the navy and army succeeded, but it wasn’t in the United States. The Germans managed to establish a weather station in the very far north of Canada, establishing Weather Station Kurt in northern Newfoundland.

It was incredibly difficult for the Germans to establish reliable weather stations during the war. The Allies were able to build a network of weather forecasting stations all across the northern Atlantic because they effectively controlled most of the coastline between the Western and Eastern hemispheres north of the equator.

Germany, on the other hand, had to build their stations in secret, especially in places like Iceland and Greenland. These remote locations were often found and captured by Allied patrols. They also tried to use aircraft and specially fitted weather ships. The problem with the aircraft is that the data gathered was often incomplete or unreliable. Ships at sea reporting weather patterns were tracked down and captured by Allied ships.

As a result, these stations were the only reliable means of getting accurate, real-time weather reports from the Atlantic Ocean. To facilitate its network, Nazi Germany created automated weather stations that would mitigate the risk of putting men in harm’s way to be captured by Allied patrols. One station in particular would get a special kind of camouflage: garbage.

The German submarine U-357 was dispatched to establish one of these automated stations in September 1943. The vessel made its way from the German homeland on the Baltic Sea coast.

By October, it had arrived in northern Labrador and found a spot that would be far from any accidental discovery.

To protect the site, the Germans not only used a remote location but also used empty packs of American cigarettes to litter the ground around it to deter any potential suspicions that it was a German weather station if anyone should happen upon it. Then, it was completely forgotten.

It took the crew of U-357 just 28 hours to build the weather station and repair their boat (it had been damaged by Allied aircraft on its way to Newfoundland). Once everything was in operational order, the crew and the boat departed.

After a combat patrol off the coast of Canada, where it engaged more aircraft than ships, it returned to France and then made its way to the Caribbean. It was sunny there by the USS Flounder, with all hands lost.

The station itself stopped sending weather reports just one month after it was set up, most likely due to its radio being jammed. There it stood for the next 30-plus years until a Canadian scientist stumbled upon it in 1977.  After doing a little research, he learned its true origin and purpose. Once he did, the station was taken to the Canadian War Museum in Ottawa, where it sits today.

It was Nazi Germany’s only successful military or intelligence operation in North America, and it came at a hefty price. Two submarines with the same mission to establish the weather stations we dispatched. One was sunk right away, and the other, though successful, was short-lived.