This German U-boat was crewed by American sailors 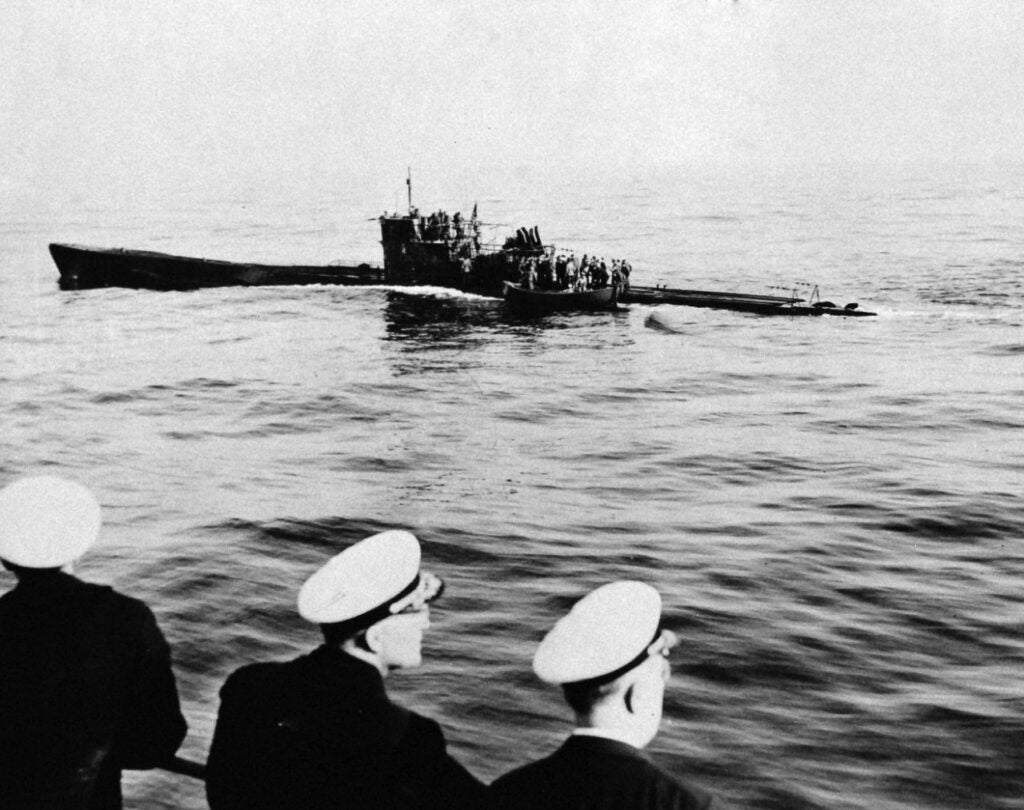 On June 17, 1943, the Nazi Germany Kriegsmarine launched submarine U-858. The Type IXC/40 U-boat carried out two patrols during the war. For her second patrol, U-858 was sent to the East Coast of the United States to wreak havoc on American shipping. However, on May 10, just over a week after Hitler’s suicide, the submarine surrendered to two destroyer escorts approximately 700 miles off the New England coast. It was the first enemy ship to surrender to the United States following Germany’s defeat.

With an American prize crew transferred aboard, the captured U-858 sailed for the United States. On May 14, four days after the surrender at sea, the submarine was formally surrendered at Fort Miles in Lewes, Delaware. USS Pillsbury (DE-133) and USS Pope (DE-134), the ships that accepted U-858’s surrender at sea, arrived later that day. Half of the German crew was removed from the submarine, including three of the four officers, and a U.S. Navy crew was assigned to the U-boat.

American submariners were given the task of sailing U-858 along the East Coast and making port calls as part of a war bond drive. The sight of a captured Nazi submarine helped encourage the American people to make a final effort to donate to the cause and finish the war in the Pacific. Although they weren’t crewing U-858 in combat, the American sailors still faced challenges aboard the former Nazi submarine.

Reports described U-858 as “a sewer pipe with valves.” Chuck Kline, an American sailor who served aboard U-858, told Military Times that these reports weren’t far off. “The Germans had no regard for creature comfort on their submarines,” he recalled. “The first time we got into cold weather, we were up at Portsmith, New Hampshire, and getting into that cold water, it was like a rain storm inside that boat. We put oil cloth over our sacks so they wouldn’t get wet.”

In addition to the leaks which caused pools of water to accumulate in the submarine, U-858 had no shower or laundry facilities. Moreover, the controls were all labeled in German. Kline and his shipmates had to write up labels in English and place them on the controls. Luckily, no mishaps occurred while U-858 was under American control.

By 1946, the U-boat made it down to Key West, Florida before returning to New England. The Navy used the submarine for torpedo practice until it was scuttled by USS Sirago (SS-485) off the New England coast in November 1947. During her service, U-858 saw no action and did not sink or damage any allied ships.