The paradummy that distracted the Germans on D-Day 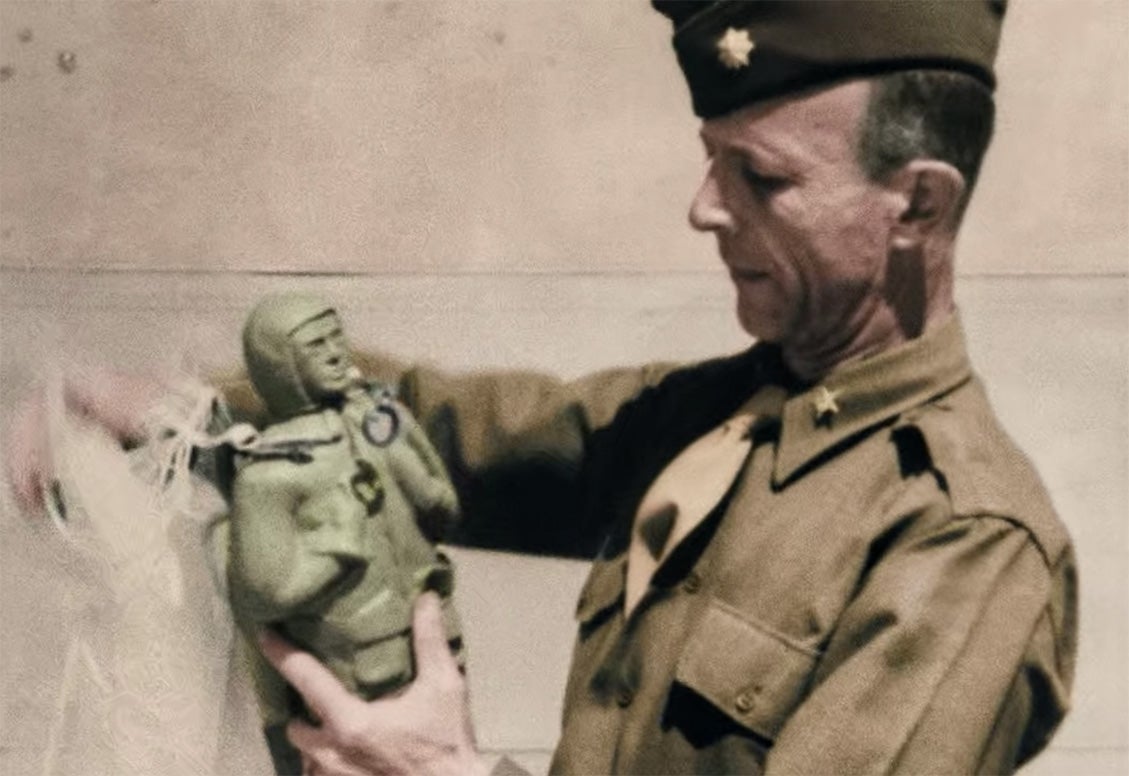 The Chinese military strategist and philosopher Sun Tzu said, “All warfare is based on deception.” Like a trick play in football, it’s best to deceive your enemy in order to safeguard your true intentions. One of the greatest modern military examples of this principle is the allied landing at Normandy on D-Day during WWII.

Operation Overlord, the allied invasion of Nazi-occupied mainland Europe, involved the largest invasion force ever assembled. The prelude to the operation involved numerous deception campaigns including a fake army staged at Dover and the leaking of false plans to convince the Germans that the invasion would happen at Calais. However, once the invasion started at Normandy, there was one more trick that the allies had up their sleeves.

On the evening of June 5th into June 6th, 1944, thousands of allied paratroopers dropped over the skies of Normandy. They were tasked with eliminating German positions, seizing key roads and bridges, and generally causing mayhem and confusion behind German lines in support of the beach landings. However, they weren’t the only ones riding the silk elevator on D-Day. To further confuse the Germans, hundreds of dummy paratroopers were also dropped over Normandy and Calais.

Called “Ruperts” by the British and “Oscars” by the Americans, these paradummies were part of Operation Titanic. Helping to sell the illusion that the invasion at Normandy was a feint while the main invasion was at Calais, the paradummies were dropped east of the main landing zones. The dummies came in different variants and proved to be very effective at confusing the Germans during the first few hours of the invasion.

Some Ruperts were only about the size of a child’s doll and worked best when viewed at a distance. Others were full-sized and equipped with uniforms, helmets, and boots. They were also made with varying degrees of detail from featureless forms to detailed faces and even painted eyes. To simulate a real invasion force, some of the dummies were equipped with speakers that played sounds of gunfire and mortars while others were rigged to explode upon landing. The Ruperts were made of burlap or rubber and were convincing enough to draw away part of the SS Panzer reinforcement sent to repel the British at Caen.

In the 1962 film The Longest Day, the paradummies are referred to by the Germans as “gummipuppen”. The film depicts the confusion and doubt sewn in the German command by the dummies since they couldn’t be sure if the reports of paratroopers were the real deal or simply a distraction of paradummies.

While the silk parachutes used by the allies were sought after by civilians due to the scarcity of the material from wartime rationing, the Ruperts were less so. Though burlap was a useful material, the risk of an unexploded charge going off late convinced most civilians to leave the paradummies alone. Because of this, few examples of the dummy troopers survive in museums today.