The 5 most feared warriors in military history 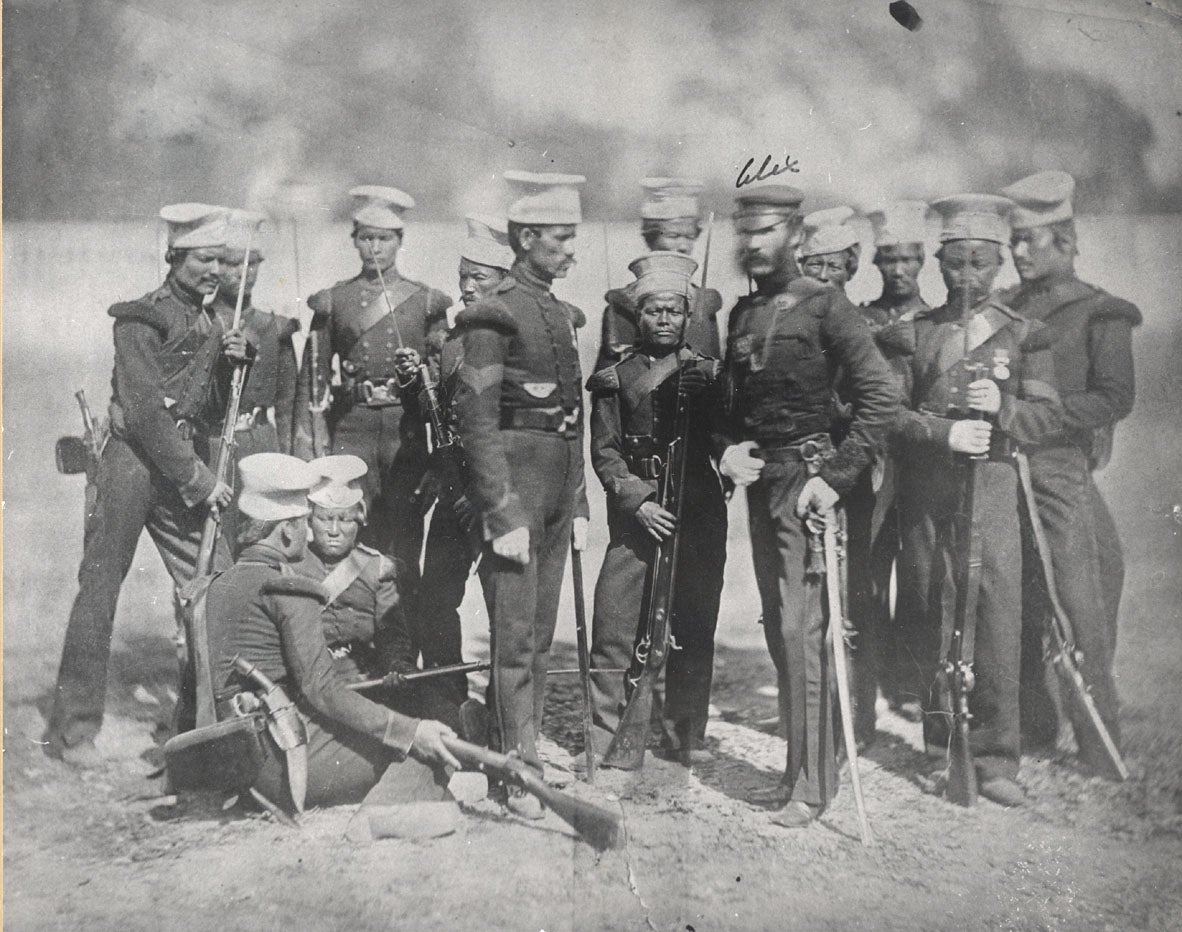 The Nusseree Battalion later known as the 1st Gurkha Rifles circa 1857.

There are many fighting forces throughout history that we can call effective warriors. Some of these units had a tradition, centered on excellence in combat, that guided them through adulthood. Hoplites, Legions, and Janissaries can all lay claim to the title of excellent warriors.

Then there are those whose very mention struck fear in the hearts of those who heard it, from the lowliest farmer to the most grandiose kings of the world. These warriors were enough to make anyone think twice about fighting and start thinking about how to turn their swords into ploughshares.

These are those warriors.

In just 20 years, Genghis Khan was able to capture and control a massive empire that Rome couldn’t conquer in 200 years. He did it by killing as many people as he possibly could. Mongols under Khan swept through China, into modern-day Iran and Iraq, into the Caucasus Mountains and into Russia. The choice was simple: surrender to the Mongols or die trying to defend yourself. 40 million people did the latter.

Even after the death of the Great Khan, the Mongol Empire continued its expansion, spreading from the Sea of Japan in the east, to the Arctic in the north, to the Mediterranean in the west. Only the Mongols themselves could stop the Mongol advance, as familial infighting among Khan’s descendants fractured the empire, splitting it into four Khanates.

Gurkhas are Nepal’s best-kept secret weapon. They train rigorously throughout their younger years for the opportunity to serve in combat, and they serve well. When the British first encountered the Gurkha warriors, they were unable to completely subdue them, so they formed an even better plan: they recruited them.

Gurkhas have served in the British, Indian, or Nepalese armies ever since that first encounter in 1816, and have never disappointed anyone who was familiar with their fierce reputation in combat. This isn’t just due to World War II combat being uniquely different for the time period. One gurkha is known to have taken out at least 30 Taliban fighters in an ambush in Afghanistan.

Much of the history of the American West depicts Native tribes as hapless and taken advantage of by white settlers at every opportunity. While much of that is true for many of the Native tribes of the Old West, it is definitely not true of the Comanche tribe. Aggressive, adversarial Comanches didn’t just stop American expansion like they did against the Spanish and Texans, the western frontier actually receded because of them.

It wasn’t until the 1860s that the U.S. Army finally decided to pull out all the stops and send former Union Gen. William Tecumseh Sherman and a full force of soldiers after the Comanche. Sherman was able to finally end the Comanche threat in 1875.

Arminius, also known as Hermann, was an early warrior who rose up against the Roman Empire. He led a confederation of Germanic tribes against three legions Rome sent to pacify him and the other locals. His victory at Teutoburg Forest dealt mighty Rome its greatest defeat and prevented the Romanization of Germany.

He couldn’t have done it without the conglomeration of Germanic warriors who banded together to give Roman Legions a spanking. The Germanic warriors were so fierce in combat that Rome never again tried to advance east of the Rhine River and changed the course of European history.

Historically, Sikhs have lived in a pretty tough neighborhood, so it makes sense that they would either need to learn how to hit back or get tossed in the waste bin of history. They decided they would hit back, against all offenders, whether they be Mughal, Afghan, British, or otherwise. Afghans were known to burn fortresses containing Sikhs just so they could avoid the fight.

History is full of stories about low numbers of lightly-armed Sikhs making heroic last stands against any enemy, no matter how big or how powerful they might be. As long as more than one (and sometimes only one will do) Sikh warrior is still standing and can hold a weapon, Sikhs will not surrender in the face of anything.