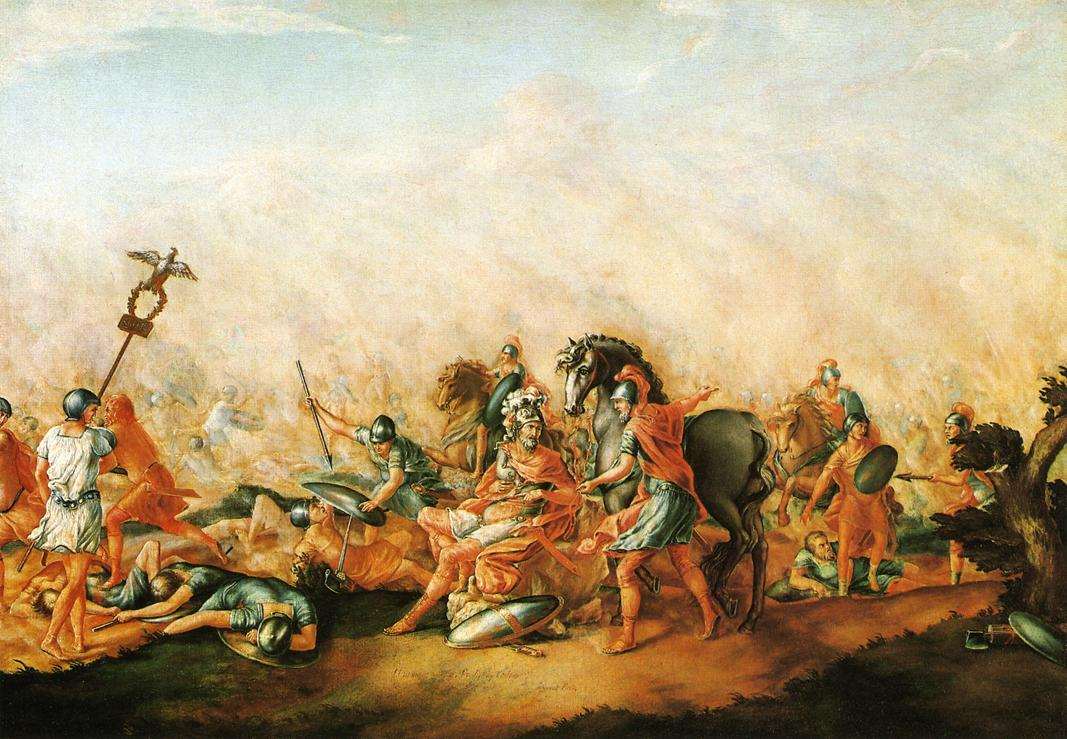 The Roman loss to Carthage at the Battle of Cannae pretty much broke Rome, spiritually, mentally and physically. The historian Livy mentions Hannibal killing some 200,000 Roman soldiers. If that wasn’t bad enough, Roman citizens went on to do their worst – to themselves.

In some of the worst displays of Roman human sacrifice, Livy says citizens of Rome threw an “oversized baby” into the Adriatic Sea while burying others alive in the Forum in an attempt to appease the gods. Panic struck the citizens of Rome as they wondered when Hannibal would besiege the capital.

The Battle of Cannae came during the Second Punic War between the Roman Republic and Carthage, the two most powerful entities on the Mediterranean Sea. Rome spent the first half of the war getting their asses handed to them, losing two important battles in as many years. Cannae was Rome’s opportunity to redeem itself. They blew it.

Rome came to the field with 86,000 troops, with its heavy infantry massed deeper than usual. Hannibal used his infantry in a much different formation, massing his troops on the wings of his line, instead of the center.

When the fighting started, the heavy Roman force thinned out the middle of the Carthaginian lines while the Carthaginians’ wings extended and surrounded the advancing Romans. It was a classic double envelopment tactic and the Roman legions walked right into it. An estimated 48,000 legionnaires were slaughtered.

It’s remembered as the most perfect defeat of an enemy army ever. The resulting loss nearly broke the Roman Republic. Philip V of Macedon declared loyalty to Hannibal, as did King Hieronymus of Syracuse, the provinces of Arpi, Capua, Salapia, Herdonia and Uzentum.

There are many reasons for the Roman loss, aside from the army’s major formation. By Roman law, the army had to be co-led by the two Consuls of Rome, in this case, Lucius Aemilius Paullus and Gaius Terentius Varro swapped command of it day after day. It was Paullus’ turn during the Battle of Cannae, and he died there. Varro was recalled to Rome in a panic.

The Roman army was completely remodeled following the defeat at Cannae to increase its mobility and make it less susceptible to the double envelopment. There would also never again be two commanders of the same army. Finally, the Roman army would not be made up of hastily formed militia. Rome would pay for a professional force of soldiers in the future.

As for the Roman survivors of the battle, they were formed into two legions and all but exiled to the island of Sicily, forbidden to ever take part in any Roman military operations ever again. The disgraced legions could not participate in the Roman army’s later eviction of Hannibal from the Italian peninsula or the conquest of the Iberian peninsula.

The republic was ashamed of the legionnaires who were so soundly defeated at the hands of Rome’s worst (but most capable) enemy. They were a walking reminder of the failure of Rome’s old ways and how that failure gave Hannibal free reign over the entirety of Southern Italy.

But their exile wouldn’t last forever. The hero of Rome’s redemption in the Second Punic War, Publius Cornelius Scipio, was a veteran of the Battle of Cannae who managed to fight his way out of the envelopment. Scipio traveled through Sicily on his way to bring the war home to Carthage and he needed men to bolster his numbers.

The surviving veterans of Cannae were ready to give Hannibal what he had coming. When Scipio led the Roman army against Hannibal at Zama, he did it with survivors from Cannae. Hannibal’s defeat at Zama ended the Second Punic War. Scipio returned to Rome in a Triumph and was given the title Scipio Africanus for his performance.