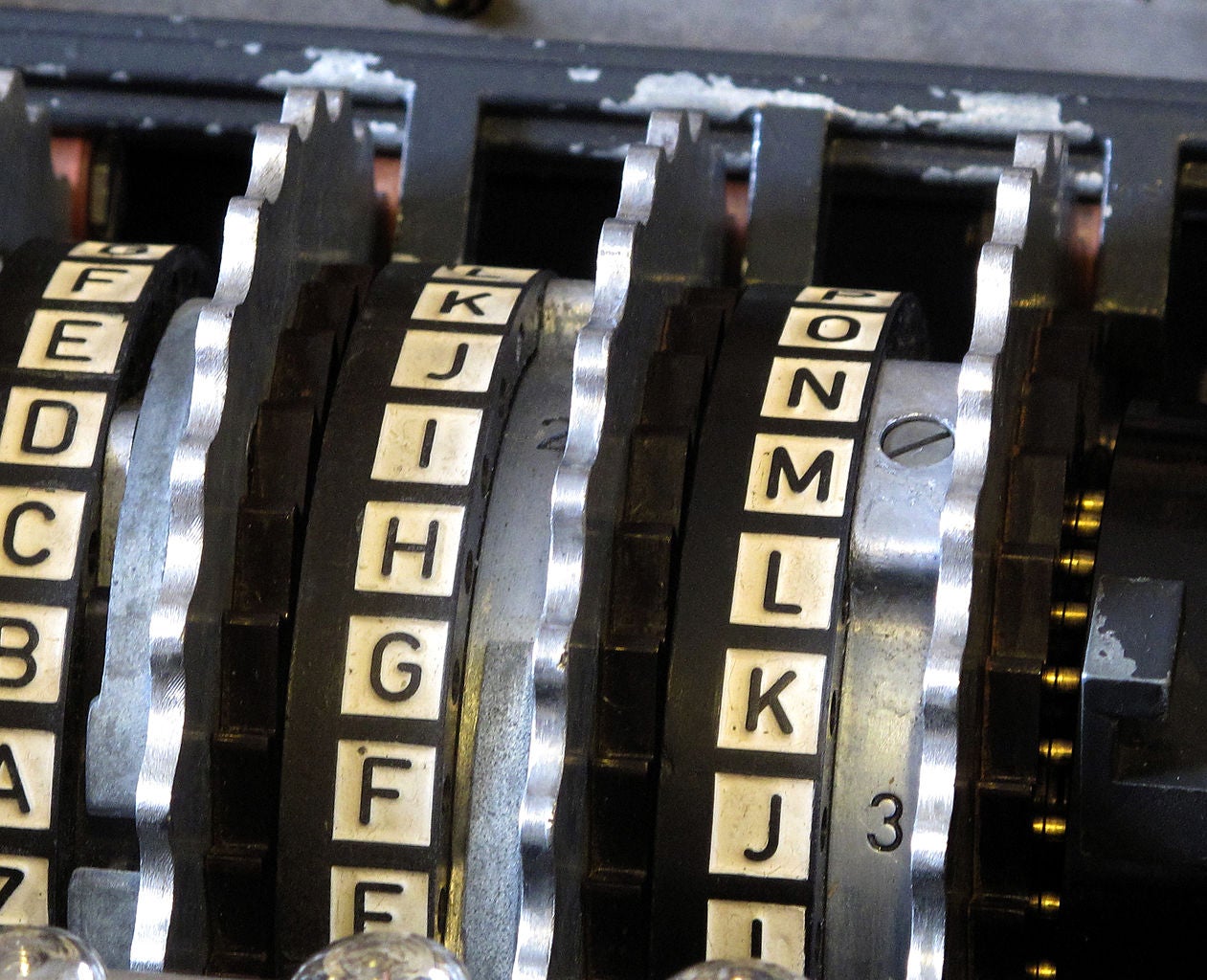 Enigma wheels within alphabet rings in position in an Enigma scrambler. (Wikipedia).

At the heart of every embassy around the world was a machine that held the key to all of a country’s closest-held secrets. During the Cold War, cyphers were how diplomats, spies and other national representatives sent secure communication around the world.

If any foreign intelligence service could get their hands on a rival’s cypher machine from one of their embassies, they would be able to read any message sent anywhere, anytime. That’s what the CIA was out to do with a Soviet cypher machine: Steal it and get their eyes on secret messages.

The plan was exactly like a heist movie. Everyone the CIA brought into the crew had a purpose. They were going to get the messaging machine.  After quickly scoping out the local jail, in case the were caught, arrested and forced to break out, they were ready to get to work.

First, the CIA had to get the Soviet embassy staff out of the compound. The CIA worked with the U.S. Ambassador to the still-classified country to invite the Soviets to a tiger hunt. Once they accepted, the operatives had a short time to infiltrate the embassy and get the machine out.

Once they had the invite to the tiger hunt, they were going to use the delivery of  the invitation to the staff as a way to case the target building. The operatives scoped out the building itself but also got the lay of the land using a camera hidden in the headrest of a car seat.

Next, they had to use a local asset, a police official code named Tugboat, to interact with any potential local troubles and get impressions of the Soviet compound’s door locks. He would have to be disguised because he was well-known around town. Tugboat not onlu made it so the CIA team had the keys to all the doors, the CIA had the blueprints to the building.

The CIA team, along with a disguised Tugboat, made their way to the Soviet compound on the day of the tiger hunt in a large van. They drove right through the first gate, which was completely unguarded.

Backing the van up next to the Soviet building so it couldn’t be seen from the street, four men jumped out and immediately entered wearing special shoes and special gloves. Two men went upstairs to set up a pulley system to lower the machine into a specially-built crate made just for the occasion.

The other two entered the lower floor of the building with a charge designed to cut through the locks of a steel door. Two small explosions later, the device was being lowered into the CIA’s shipping crate.

Two of the guys jumped in the van, where two other CIA officers waited to drive off. The other two CIA break-in artists climbed over the back wall and walked off in separate directions, headed to a predetermined rendezvous point. There were no shoe or fingerprints and the CIA team drove off.

Once away from the embassy with their stolen cypher machine, the crew stopped at a garage to repaint the van, change the license plates, and otherwise disguise the vehicle. They also changed the box to look like it had cleared customs at the home country and was on its way out to Langley or wherever top secret code machines go.

Complacency kills, and the Soviet embassy staff probably ended up getting killed because they got so complacent, they lost the most critical piece of technology in their whole world – to the CIA of all places.