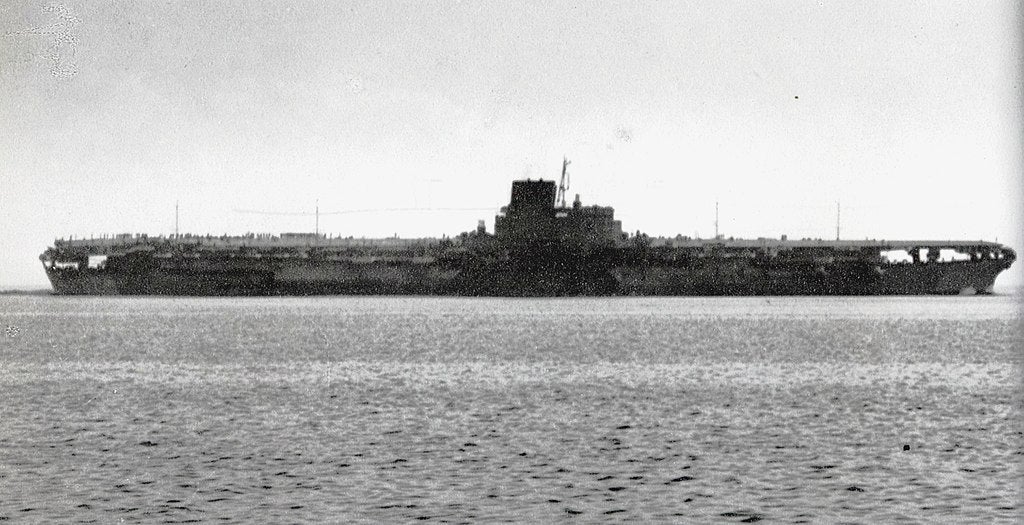 Shinano underway during her sea trials in Tokyo Bay.

It takes a lot to sink an aircraft carrier, even in the days when aircraft carriers weren’t massive floating cities like they are today. But during World War II, there was one Japanese carrier that was so critical, the United States military didn’t believe that one submarine was responsible for sinking it.

The IJN Shinano was first laid out in 1940, almost two years before the United States would enter World War II. It was supposed to be the third and last in the line of Yamato-class battleships, but after the Battle of Midway saw two-thirds of Japan’s carriers lost to American naval power, the Japanese switched gears and made Shinano an aircraft carrier.

Midway was an early and critical battle for the American Navy. four of the six Japanese aircraft carriers that had participated in the attack on Pearl Harbor, Akagi, Kaga, Soryu and Hiryu, were sunk during the June 1942 battle. Replacing those carriers would be important to ongoing Japanese efforts.

In November 1944, the IJN Shinano officially joined the Imperial Japanese Navy. Its first mission was to sail to the Kure Naval Base to be fitted with the latest in naval and aviation electronics technology. After that, it would take on a full complement of kamikaze fighters and suicide boats before heading into the fighting off of Okinawa and the Philippines.

As Shinano left Yokosuka Naval Arsenal in Tokyo Bay to make the 300-mile journey to Kure, it was already being hunted by American submarines. The USS Archerfish was a Balao-class diesel-electric submarine that had already made four combat patrols but came up empty-handed on each one.

Archerfish was out of Pearl Harbor for nearly two months before it encountered Shinano on November 28, 1944. Its original mission that day was to perform lifeguard duties for B-29 Superfortress raids on Tokyo, but no air sorties were made that day, so Archerfish took a patrol route near Tokyo Bay.

After the sun went down, the boat noticed what looked like a tanker leaving the bay, escorted by three destroyers and a submarine chaser. The U.S. Navy submarine tracked Shinano for six hours before the massive carrier turned into Archerfish’s path. The sub submerged and fired six torpedoes, four of which hit Shinano. Not knowing exactly what kind of carrier he was looking at, the skipper of the Archerfish fired the torpedoes to run in shallow water and the attack was devastating.

Even as the sub ran deeper to avoid Japanese depth charge attacks, it could see the Shinano was already listing to starboard. The Office of Naval Intelligence didn’t know what it was either. Based on drawings made by the Archerfish’s captain, it was determined that they had sunk a 28,000-pound carrier.

It wasn’t until after the war that the U.S. Navy learned the target was a 72,000 ton super carrier and that 1,435 sailors went down with the ship.