Today in military history: First American Ace in WW2 - We Are The Mighty 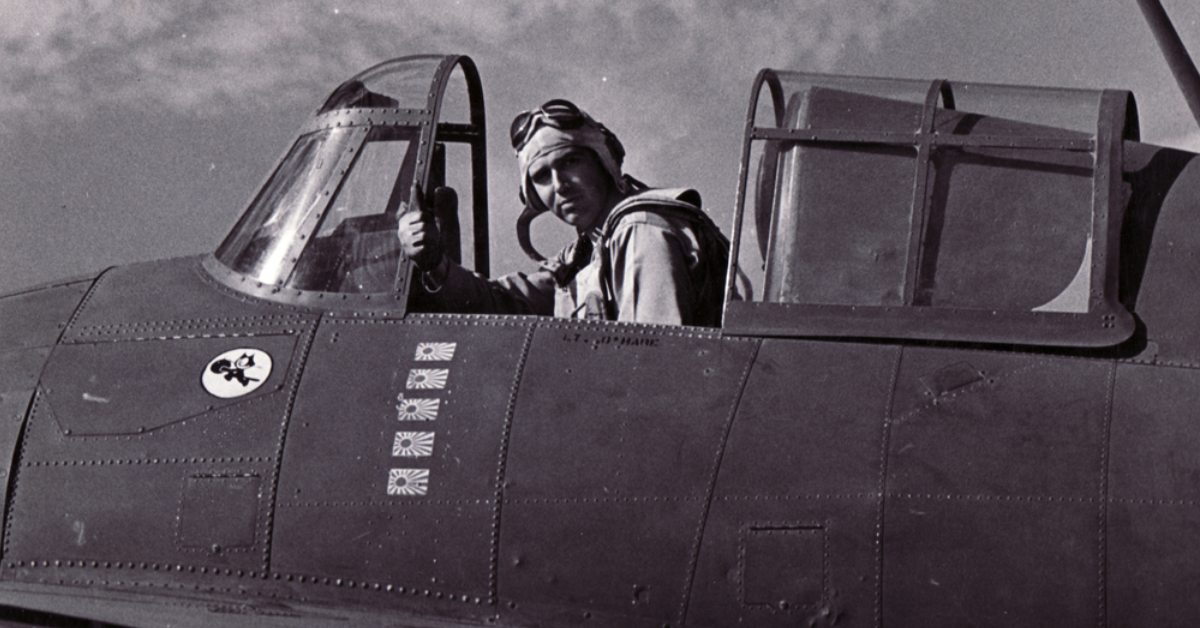 The month before, the aircraft carrier USS Lexington sailed from Pearl Harbor toward New Ireland with the mission of destabilizing the Japanese position on Rabaul. In mid-February, Lexington entered the waters of the Coral Sea and prepared to strike a Japanese shipping harbor.

On Feb. 20, O’Hare’s Navy fighter was alone in the air when nine Japanese bombers raided the USS Lexington. Moments later, he would go down in history.

The citation for the Medal of Honor he would receive stated it best:

“The President of the United States of America, in the name of Congress, takes pleasure in presenting the Medal of Honor to Lieutenant Edward Henry “Butch” O’Hare (NSN: 0-78672), United States Navy, for conspicuous gallantry and intrepidity in aerial combat, at grave risk of his life above and beyond the call of duty, as section leader and pilot of Fighting Squadron Three (VF-3), attached to the U.S.S. LEXINGTON, on 20 February 1942. Having lost the assistance of his teammates, Lieutenant O’Hare interposed his plane between his ship and an advancing enemy formation of nine attacking twin-engine heavy bombers. Without hesitation, alone and unaided, he repeatedly attacked this enemy formation, at close range in the face of intense combined machinegun and cannon fire. Despite this concentrated opposition, Lieutenant O’Hare, by his gallant and courageous action, his extremely skillful marksmanship in making the most of every shot of his limited amount of ammunition, shot down five enemy bombers and severely damaged a sixth before they reached the bomb release point. As a result of his gallant action–one of the most daring, if not the most daring, single action in the history of combat aviation–he undoubtedly saved his carrier from serious damage.”

In a mere four minutes, O’Hare shot down five of the enemy bombers and the Lexington was able to repel the attack.

President Roosevelt himself personally congratulated O’Hare for his Medal of Honor.