The USS Johnston is the US Navy’s deepest shipwreck 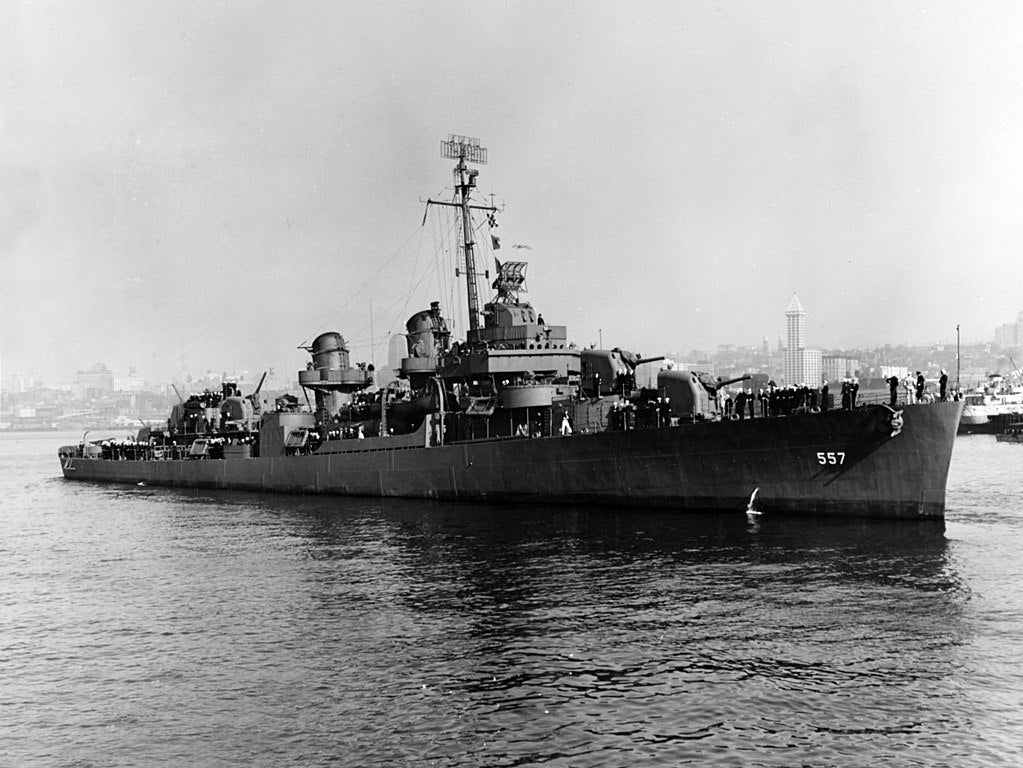 The USS Johnston was a Fletcher-class destroyer that punched well above its weight class. It was built to be a fighting ship, and fight it did, running head-first into a critical Japanese relief fleet. Although the Johnston was sunk in that engagement, it and the “tin-can” destroyers who steamed into battle with it, have a special place in World War II history. The location of the Johnston’s shipwreck was, for a long time, not entirely known, but when it was discovered in March 2021, researchers found out why: It’s the deepest shipwreck in US Navy history.

When the USS Johnston was commissioned in 1943, its commander, Cmdr. Earnest Evans gave an honest assessment of the ship’s future to its crew, quoting Navy legend John Paul Jones: “This is going to be a fighting ship. I intend to go in harm’s way, and anyone who doesn’t want to go along had better get off right now.”

The Johnston’s first stop was the Marshall Islands campaign where it shelled Japanese fortifications in the island chain and its atolls. It next sailed for Bougainville, where it continued to pound Japanese positions before going on anti-submarine missions. Johnston, along with the USS Franks and USS Haggard sank the sub I-176 on March 30, 1944.

Its next assignment was shelling the beaches of Guam alongside the battleship USS Pennsylvania, which had been damaged during the Japanese attack on Pearl Harbor that led the United States into the war with Japan. It would later provide the same fire support for the invasion of Peleliu.

When it came time for the United States to invade and recapture the Philippines, she was protecting aircraft carriers off the cost of Leyte and into the Leyte Gulf. She shelled enemy airfields and provided fire support for the troops landing on the islands. The Japanese counterattack would be coming, and Johnston would be ready for it.

A strong force of battleships, cruisers and destroyers under the command of Vice Adm. Takeo Kurita was making its way for the Philippines as American Adm. William “Bull” Halsey was making his way for another Japanese force bound for the islands. Halsey left behind the Johnston, along with six escort carriers, two destroyers, and four destroyer escorts to defend the island landings.

By daybreak, four battleships (including the Yamato), eight cruisers (two light and six heavy) and 11 destroyers were arriving in the Philippines and started firing immediately. Unfortunately for Johnston, the Japanese were out of the range of its five-inch guns. So its commander made for full speed directly at the oncoming enemy, guns blazing.

Johnston fired 200 rounds at the enemy ships and then fired all ten of its torpedoes. It made a smokescreen and tried to escape, but the ship had been shot up the entire time and took three more hits as she sped away. Johnston hid inside a small storm and continued to fire at the enemy. It moved out of the squall and began firing at the lead ship. Eventually it was hit so many times, its engines gave out and Johnston was dead in the water. As fire poured onto the Johnston, it began to sink. 186 men were killed. The small task force received the Presidential Unit Citation for its performance in defending the landings.