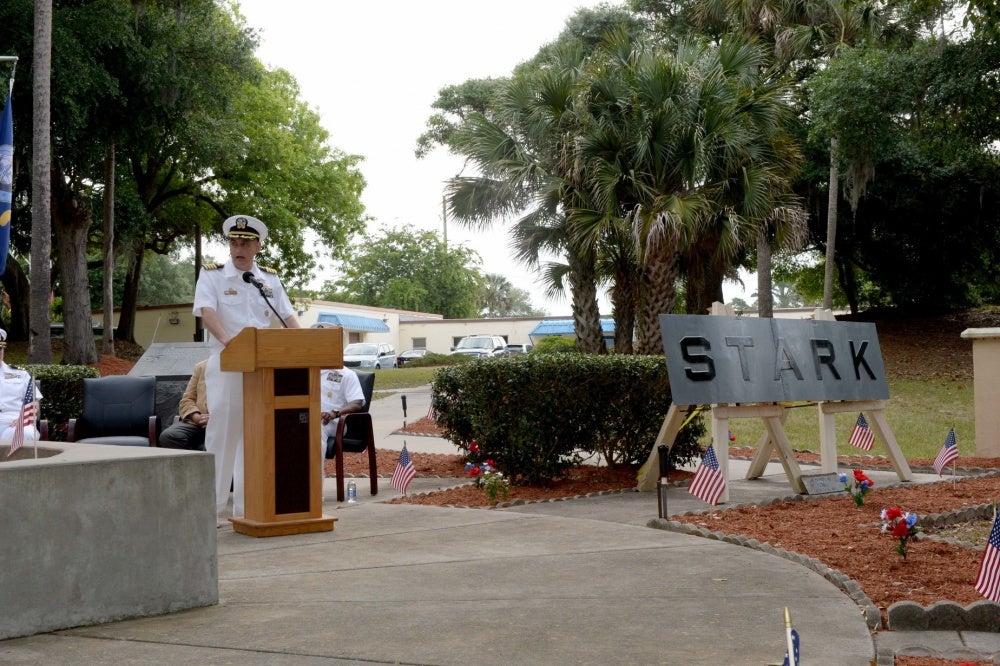 The 1980s “Tanker War” in the Persian Gulf, which saw Iraq and Iran attempt to disrupt each other’s oil shipments as part of the Iran-Iraq war, prompted the U.S. Navy to launch its largest surface action since World War II against Iranian naval targets.

By 1987, with the ground war at a stalemate, both Iran and Iraq ramped up their targeting of each other’s oil infrastructure. Hundreds of ships traversing the Gulf were damaged, and the U.S. Navy stepped up its patrols of the area. On May 17, an Iraqi warplane launched two Exocet missiles at the frigate USS Stark, badly damaging it and killing 37 American sailors. Iraq claimed it had mistaken the Stark for an Iranian tanker, and the United States accepted the apology.

When Kuwait requested its oil tankers be re-flagged as American vessels for protection against Iranian attacks, the U.S. initiated Operation Earnest Will and started escorting Kuwaiti shipping. The Iranians saw this protection of Iraqi/Kuwaiti oil shipments as a direct intervention by the U.S., and stepped up their sea mine program in the Gulf.

The guided missile frigate USS Samuel B. Roberts struck one of these mines on the April 14, 1988, nearly sinking it. Other mines found in the area confirmed it was Iranian, and the U.S. Navy started planning the reprisal Operation Praying Mantis. Several groups of frigates and destroyers supported by aircraft from the USS Enterprise were tasked for the response.

A U.S. Surface Action Group was ordered to destroy the guns and military facilities on the Sassen oil platform, which was being used to launch speed boat attacks on shipping in the Gulf. After an exchange of gunfire between the Sassen and U.S. ships and Cobra helicopters, the Iranians abandoned the platform and U.S. Marines occupied it before destroying it with explosives. A second SAG destroyed another nearby platform with naval gunfire.

The Iranians retaliated by sending Boghammar speedboats to attack shipping, including a U.S.-flagged ship, damaging several vessels. After American A-6 bombers used cluster munitions to sink one speedboat and damage several others, the conflict swiftly escalated, with Iran despatching several of its larger ships along with aircraft to confront the SAG’s. One Iranian F-4 fighter was damaged by a missile after it strayed too close and barely managed to make it back to base.

The Iranian fast-attack ship Joshan was sunk by missiles and gunfire after attacking U.S. ships with Harpoon missiles, which were diverted by chaff. The Iranian frigate Sahand was totally destroyed by laser-guided bombs and Harpoons launched from A-6s after it had fired surface to air missiles at them. A second Iranian frigate, the Sabahan, was left crippled and burning by a laser-guided bomb and had to be towed back to port.

The Iranians launched land-based Silkworm anti-ship missiles against several U.S. ships across the Gulf, but all of them missed their targets. Considering the retaliation a success, the U.S. disengaged their ships with the loss of only one helicopter which crashed that night in an accident, leaving 3 dead. Iranian casualties from their destroyed frigates, speedboats, and platforms were nearly a hundred.

There was to be a tragic aftermath to the mining of the Samuel B. Roberts, which had triggered the action. The cruiser USS Vincennes, which had been dispatched to escort the Roberts home, shot down Iranian Flight 655, killing all 290 crew and passengers, after believing the civilian airliner was an Iranian F-14 fighter on an attack run. The U.S. government did not formally apologize, but in 1996 agreed to pay $61 million in compensation to the families of the victims.