This is how Nazi commandos allegedly rescued the imprisoned Mussolini 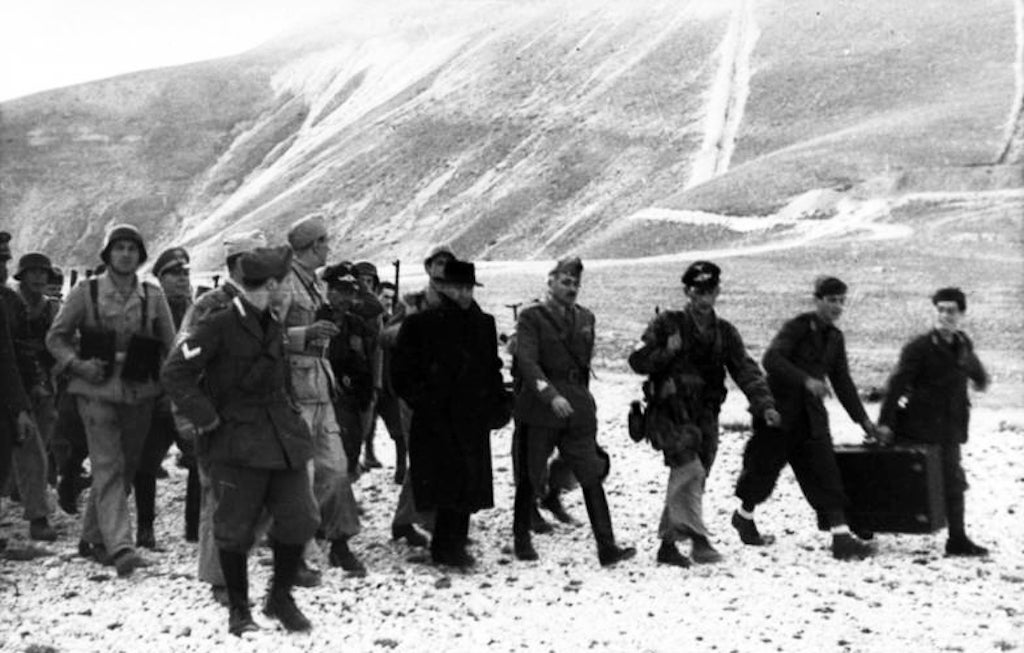 The year 1943 was probably the worst one for Benito Mussolini. His ambition to rule over all of North Africa had contributed to a crushing loss, and his catastrophic efforts to bring uncooperative ground forces to the Eastern Front to battle a progressively assertive Soviet Union had caused unsustainable fatalities. To make the situation worse, WWII had come back to Italy due to the Allied invasion of Sicily. While Benito Mussolini was a dictator in the country, Italy was still under a king’s rule and was constantly helped by a council. This council had the power to remove Mussolini from office if they wanted to.

During the same year, in July, Rome was bombed, though this was not the first time. The explosion was a vital turning point in the dictator’s demise because it caused too much damage to the city’s most valuable resources. Infuriated representatives of Mussolini’s government turned against their embattled ruler, ultimately resulting in a vote of confidence by the council. Afterward, the King summoned Mussolini and informed him that he was no longer a recognized ruler in Italy because the soldiers did not want to fight any longer.

The decision came as a shock to Mussolini because he had ruled Italy for more than 20 years and was now being booted unceremoniously. Immediately after leaving the palace, Mussolini was arrested by the Italian Military Police and put behind bars as per the King’s order. Soon after, the news of Mussolini’s downfall got to Hitler, making him worried that he would go through the same.

Infuriated and petrified of the insinuation of a possible alliance between Allies and Italy under a new ruler, Hitler presumed that the only solution to his problem was to rescue his fellow dictator. The Italians had anticipated this move hence took precautions to mislead and make it hard for the Germans to rescue Mussolini. One of the methods Italians used was constantly moving Mussolini from one area to the other. On the other hand, Hitler had foreseen this move, so he put his best man, Otto Skorzeny, on the task to track Mussolini’s whereabouts and attempt to rescue him.

Skorzeny intercepted radio transmissions from the Italian Military in charge of Mussolini’s imprisonment, and it was not long before Skorzeny located Mussolini. He was kept under strict watch in the Hotel Campo in Southern Italy. Locating Mussolini was just a small piece of the puzzle. The main work was figuring out a rescue tactic that would work with the first shot. A reconnaissance was conducted to reveal the hotel’s structure, and with this information, Skorzeny discovered a small patch of land adjacent to the hotel. This would be ideal for landing gliders.

When the rescue day dawned, Skorzeny and his team took off in their gliders, and as they approached the patch of land they had identified, they realized it was a rocky slope, therefore, not the best landing site. There was no alternative but to have an emergency landing on the slope, causing fatalities. Skorzeny proceeded to the hotel where Mussolini was under heavy guard. He planned to hold hostage Fernando Soleti the General, hoping the troops would stand down after seeing this. As planned, the Italian Military Police surrendered. Skorzeny found Mussolini in one of the rooms then was picked by one of the gliders.

Unfortunately, the rescue plane could only accommodate two passengers, as an overload could make it hard to take off. Regardless, Skorzeny insisted on accompanying Mussolini, and he knew he would take the hit if anything happened to Mussolini during transit. Hitler and Mussolini were finally reunited on September 14.