This ancient Korean general is history’s most unlikely badass 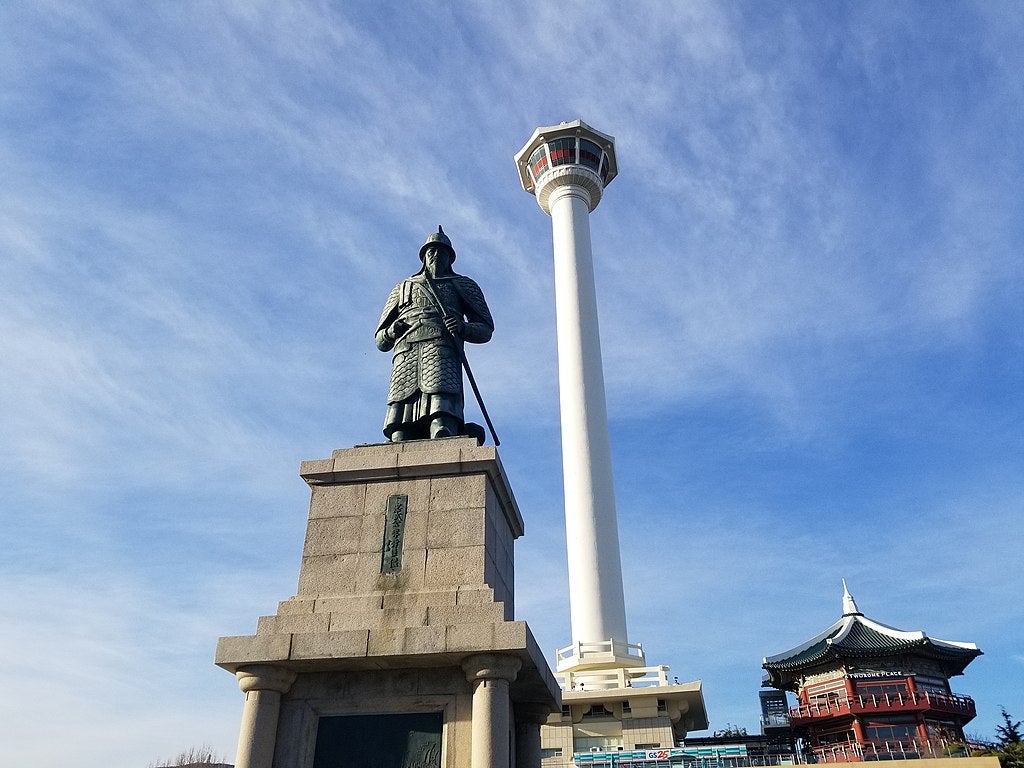 To look at Yi Sun-sin’s earliest military training records, one might likely conclude that he would be a less than spectacular military officer. Not only did he fail his military qualification exams, he fell off his horse and broke his leg. He didn’t even make it to an officer’s rank until age 32 (at a time when the average human lifespan was around 48 years).

At first, his command was far away from where any action would be but in the course of his military career, he would fight the Japanese 23 separate times, usually outnumbered and low on supplies. He is now a celebrated national hero in Korea, and the reason why is pretty obvious.

He eventually did pass his military exam and was posted to the Northern Frontier Army. When raiders began harassing the villages in the north, it was Yi who successfully defended them. Eventually, he took the fight to the Jurchen raiders. He devised a plan to lure them into a fight for a decisive victory. He not only beat them, he captured their leader and they never made a major incursion into his territory again.

Political adversaries who were envious of his military accomplishments would accuse him of desertion and imprison him. He was tortured, jailed, and later forced to fight as a foot soldier when the Japanese invaded Korea in 1592.

After the battle, he was again appointed a commander, this time of a military training center. He was so great at his work that he was promoted in rapid succession, As a commander of an important naval district, he reorganized the fleet and introduced the vaunted turtle ship, which he would use to devastate the Japanese.

Between 1592 and 1598, the Japanese, united under Toyotomi Hideyoshi, decided to undertake the conquest of the Korean Peninsula. They landed at two strategic points and reached the Korean capital in 19 days.

Meanwhile, Yi, who had zero naval combat training or experience, teamed up with Korean admiral Won Gyun and sailed for the Japanese fleet. While the Japanese were busy looting the city of Okpo, Yi and Won Gyun came in like a wrecking ball, destroying half of the Japanese transports. He gave chase to other enemy ships in the area, destroying 18 more on his way back to his home port.

At Sacheon, Yi again faced a superior Japanese force anchored in the harbor but this time, he tricked the ships into leaving the harbor and destroyed every ship in the area. He repeated these kinds of victories again and again, crushing the enemy at Dengpo and again at Danghangpo.

When the Japanese invasions began, Yi was facing 1,700 enemy ships. He won 15 straight battles with minimal loss of life – for the Koreans. Hundreds of enemy warships were now at the bottom of the ocean along with thousands of enemy sailors. He was so successful at sea that the Japanese land forces had to stop fighting because they were low on supplies and food. Around this time, however, an enemy double agent provided bad intelligence in an attempt to lure Yi to his death in battle but Yi saw through the plan and refused to follow those orders during the battle He was arrested, tortured, and thrown into being a foot soldier once more.

He was only reinstated when his replacement, Won Gyun, was killed in battle. Under Won’s leadership the Korean navy was badly beaten and battered by the enemy. The Japanese were more confident than ever, launching 300 ships out of the safety of Busna harbor to take down Yi once and for all.

With 13 ships and 200 sailors, Yi met the massive Japanese force at the Myeongnyang Strait. He chose the location because it forced the Japanese into a bottleneck, with unrelentingly strange currents and provided safety from being flanked. He defeated every ship that entered the strait, without a single ship of his own lost.

The war completely changed after Myeongnyang. The Japanese navy was completely demoralized, the army was cut off from its supplies. As they attempted to fight their way back home, Yi met them one last time at the Battle of Noryang. Once more, Yi cut the enemy ships down one by one and forced their retreat. But Yi was struck by a random enemy bullet and fell. The war was over, but Korea’s greatest hero had fallen.