These are the subtle differences between North and South Korea

These are the subtle differences between North and South Korea 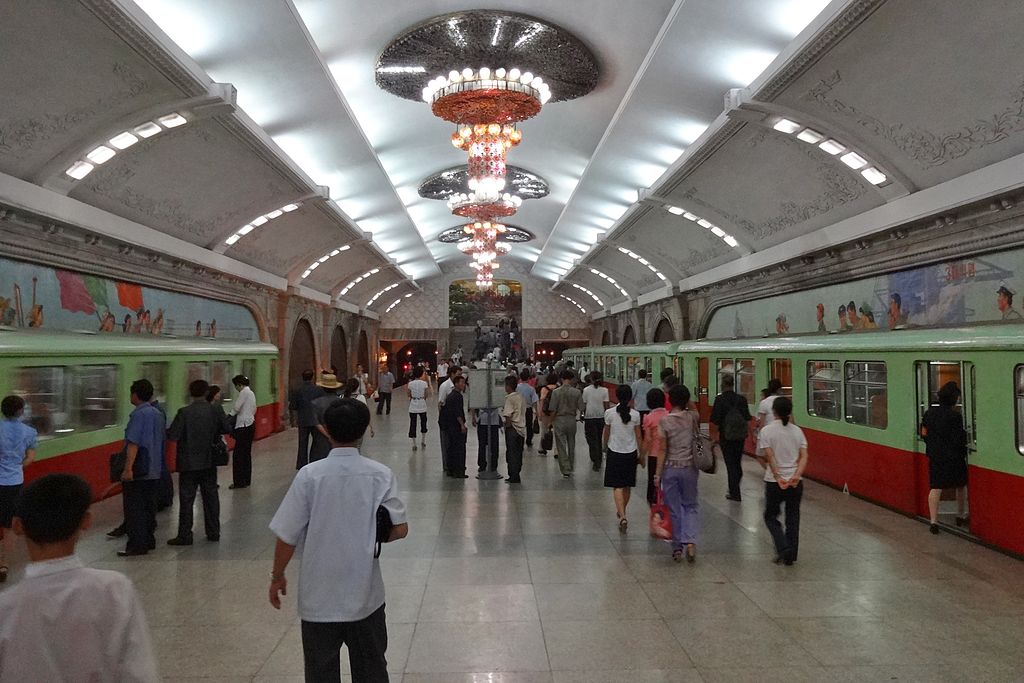 Platform with people and two subway trains in a metro station in Pyongyang, North Korea. (Wikipedia).

At the end of World War II, when it became clear that Allied powers were going to become victorious, there was one main question left between the United States and the Soviet Union: what to do with Korea. A compromise was hatched, and in August of 1945, the country was split at the 38th parallel. The north portion was given to the Soviet Union and the southern to the U.S. With two very different styles of government in play, of course, that meant two very different countries being rebuilt. As we all know, North Korea, as it soon became known, was communist, while South Korea was left as a democracy.

But what about the subtle differences? The ones that are less obvious, but still in existence. Take a look at these often overlooked differences between the North and South Korea.

In the beginning, the plan was to leave the country to its own devices, with eventual reunification in sights. And while the countries soon received their freedom, they remain separate entities to this day. Now, decades into this arrangement of bordering countries with essentially opposite beliefs, it’s no surprise they have their differences. (They’re pretty obvious: North Korea is a communist dictatorship, there are strict laws about what citizens can do, say, or listen to, while South Korea offers its citizens far more freedom.)

North and South Korea are similarly sized geographically, yet South Korea’s population is roughly twice as high, with more than 51 million people vs. the North’s 25 million. This is allegedly due to North Korea’s strict rules on population control and diet. In fact, South Koreans on average, are taller and larger due to them consuming more calories.

North Korea is notably strict when it comes to movies, music or books, usually producing content themselves. But in South Korea, there has been a boom of creativity. Earning the title “Hollywood of the East,” South Korea has more than 400 film studios. They are also the founders of K-pop, or a genre of pop music that now spans the globe. (All of this content is banned in North Korea.)

North Korean clothing is often drab and void of color, with student uniforms incorporating gray or dark hues. There are also rules protecting modesty; girls are not allowed to wear short skirts and wedding dresses are usually drab and affordable. In contrast, South Korean wedding dresses are extravagant and expensive. This mirrors the entire tone of weddings, with Southern unions being a large celebration and Northern ones small and simple.

In the U.S., we usually take internet access for granted, as they might in South Korea, browsing what and when they please. However, North Korea doesn’t allow users to access content from the rest of the world, instead, they have their own network that has strict rules and is only offered to select individuals, such as teachers or government workers.

Both countries speak Korean as their primary language, but they have changed greatly since they have shared a border. South Koreans have taken more creative liberties, creating their own dialect that includes words from other languages and has relaxed traditional rules, while North Korea uses traditional language rules and discourages the use of words from other languages.

Finally, when viewing images from North and South Korea, even the untrained eye will notice subtle differences. Southern clothing is more colorful, citizens are playful and smiling, out doing as they please. Meanwhile, Northern citizens’ days are structured, they engage in planned activities, work and even recreation. They also wear uniforms to school and work.

Despite all of their differences, there are many things that North and South Korea still have in common. For instance, many dishes have been passed down from before WWII, like Dduk (ricecake), Yeot (a dessert) which are both eaten by young citizens and said to bring good luck. These traditions date back several generations and are still shared to this day.

In addition, many holidays are celebrated by both countries, including New Year’s Day, Thanksgiving and Daeboreum (the year’s first full moon). At meals, kids serve their parents food, a tradition that dates back decades.