This British war medal is only awarded to animals 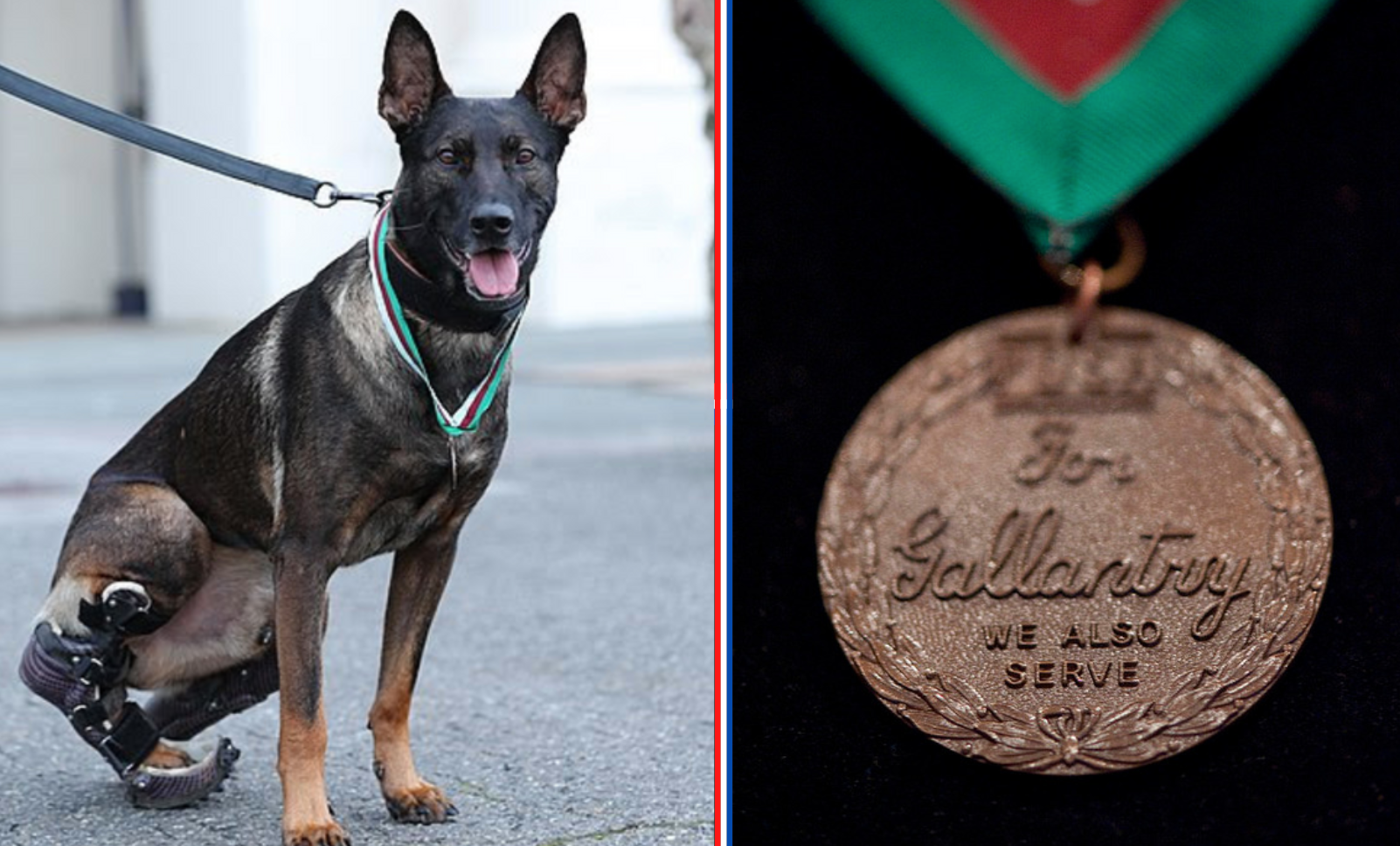 Animals are an important part of war efforts. Before vehicles, soldiers rode horses into battle. Today, dogs are used to help with any number of tasks, such as sniffing out explosives. Pigeons were once trained as carriers for important messages — all of this, it’s only the beginning of what animals have provided in the way of war efforts.

And in World War II, Great Britain decided it was high time they were acknowledged for their efforts. They were the first country to create a war medal that was only eligible to animals, the Dickin Medal. It was named for Maria Dickin, founder of the People’s Dispensary for Sick Animals (PDSA) and animal welfare pioneer.

The Dickin Medal has been awarded to more than 70 animals, including, posthumously, to all who had served in WWI. The award began in 1943 and is often referred to as the animal counterpart of the Victoria Cross. It is still actively used today, with the most recent recipient named in April of 2021.

The Dickin Medal reads “For Gallantry” and “We also serve” is given to animals who have shown “conspicuous gallantry or devotion to duty while serving or associated with any branch of the Armed Forces or Civil Defence Units.”

Over the past 70+ years, the Dickin Medal has been awarded to dogs, pigeons, horses and one cat — each of whom have racked up an impressive list of wartime accomplishments.

White Vision, a female homing pigeon who flew nine hours in poor visibility and strong storms to call for the rescue of service members who’d been forced to ditch a plane. Her arrival led to their prompt rescue. Other pigeons, Winkie and Tyke did the same, albeit in better weather conditions.

Pigeon Gustav brought the first message from the Normandy Operations on June 6, 1944.

After The Blitz, bombings in 1940 and 1941 when the United Kingdom was attacked by Germany, many dogs earned the Dickin Medal for helping locate survivors in the remaining rubble. Dogs Rip, Jet, Irma and Beauty all earned the award for their ability to sniff and alert rescuers of remaining survivors.

Simon, the only feline recipient, earned his medal in 1949 when he performed “gallantry under fire” by catching mice during the Yangtze Incident. He did so even after being injured by shrapnel.

Apollo was a rescue dog after the September 11 attacks and dogs Salty and Roselle led their blind owners down more than 70 flights of stairs to escape from the World Trade Center in 2001.

Dogs have been awarded for saving lives in Afghanistan, sniffing out bombs, being injured by IEDs, attacking dangerous parties and even parachuting into Normandy alongside soldiers.

Meanwhile, horses have earned the honor for helping control traffic in times of stress. Regal, a police horse, was named for his ability to stay calm while explosives were actively being ignited. Mongolian mare Reckless made 51 trips solo to resupply troops during the Korean war.

Over all, dogs have been the largest recipient of the award, with 36, 32 pigeons have earned the honor, five horses and one cat.