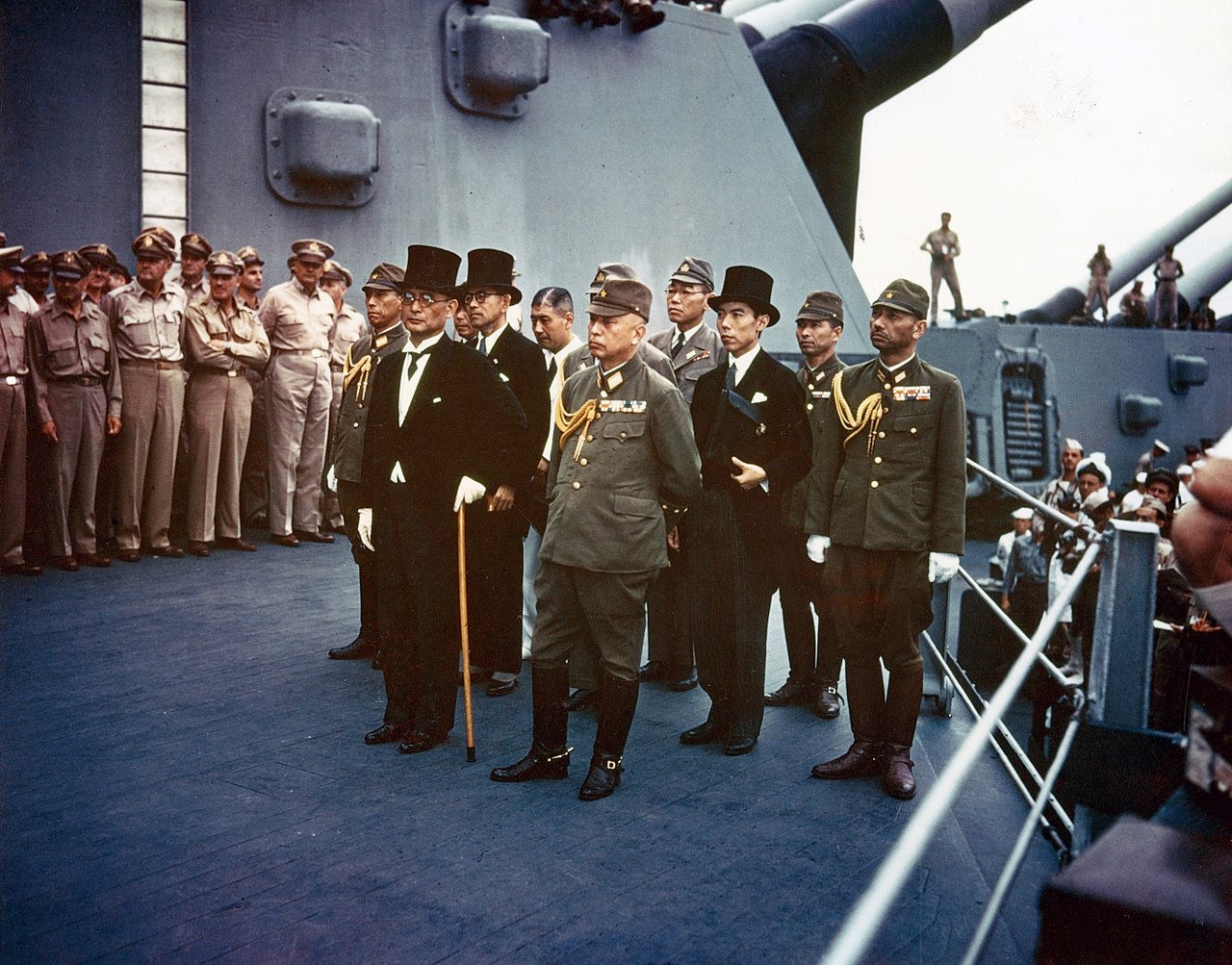 Surrender of Japan, Tokyo Bay, 2 September 1945: Representatives of the Empire of Japan on board USS Missouri (BB-63) during the surrender ceremonies. (Wikimedia Commons).

On August 14, 1945, the Japanese Empire accepted the United States’ demands for surrender. On September 2nd, the documents formalizing the agreement were finally signed aboard the USS Missouri. World War II in the Pacific was finally over.

Over the course of four years, the U.S. transported an estimated 7.6 million troops overseas to fight World War II. In September 1945, it was thought that they could get those troops back to their homes in time for Christmas. For many GIs, that didn’t happen and they were reasonably upset.

If there had still been a war to fight, there’s no doubt American troops would have fought on without real complaints (soldiers will always grumble over the quality of food). But with no enemy left to vanquish, boredom and homesickness quickly set in. As 1945 turned to 1946, the men in uniform overseas began to make themselves heard.

In “The Army ‘Mutiny’ of 1946,” author R. Alton Lee wrote that the actions soldiers and sailors took to protest the delays could easily qualify as mutiny, an offense punishable by death under the Uniform Code of Military Justice.

It’s not as though the War Department didn’t plan for how to get those troops home. Before the war in Europe ended, it knew there had to be a plan for demobilization in place to get these soldiers back to the United States. It came up with a point system that counted up a soldier’s time in service, time deployed, time in combat, and whether or not they had children waiting for them.

Those with more points were given priority in shipping back home. It was generally considered a fair system of getting those who had sacrificed the most back to their real lives. The only problem really was gathering the ships required to transport them. That would take more time.

With the war (and the national unity that came with it) now over, politicians in the United States were now free to start scoring political points over the government’s handling of demobilization. These weren’t just empty stunts, however, Americans wanted their loved ones back home and they let Congress know how they felt. Representatives were under immense pressure to demobilize.

As pressure mounted in the United States, deployed service members began to hold protests and demonstrations themselves. Rallies were held in Paris, Manila and Frankfurt. They marched in London to get the attention of former First Lady Eleanor Roosevelt, who met with representatives of the protesting servicemen. They even marched in front of the home of their commanding officers, including the commander of all U.S. troops in Europe, Gen. Joseph McNarney.

With the war going on, this kind of discontent would never have exploded into public outbursts. The behavior of U.S. servicemen would have been regarded as a mutiny and agitators would have been arrested or shot. In this winter of discontent, however, its was an understandable frustration.

With American morale at an all-time low, communist agents saw an opportunity to further agitate the dissenting crowds of soldiers. They helped the GIs formally organize their protests to maximize the visibility of the events and embarrass the U.S. and other western powers.

But the War Department’s demobilization plan was actually working. Regardless of the wait times and discontent within the ranks, servicemembers were going home by the millions. The mutinies reached a fever pitch in January 1946, but by March, it would be a distant memory.