Today in military history: FDR approves of the draft - We Are The Mighty

Today in military history: FDR approves of the draft 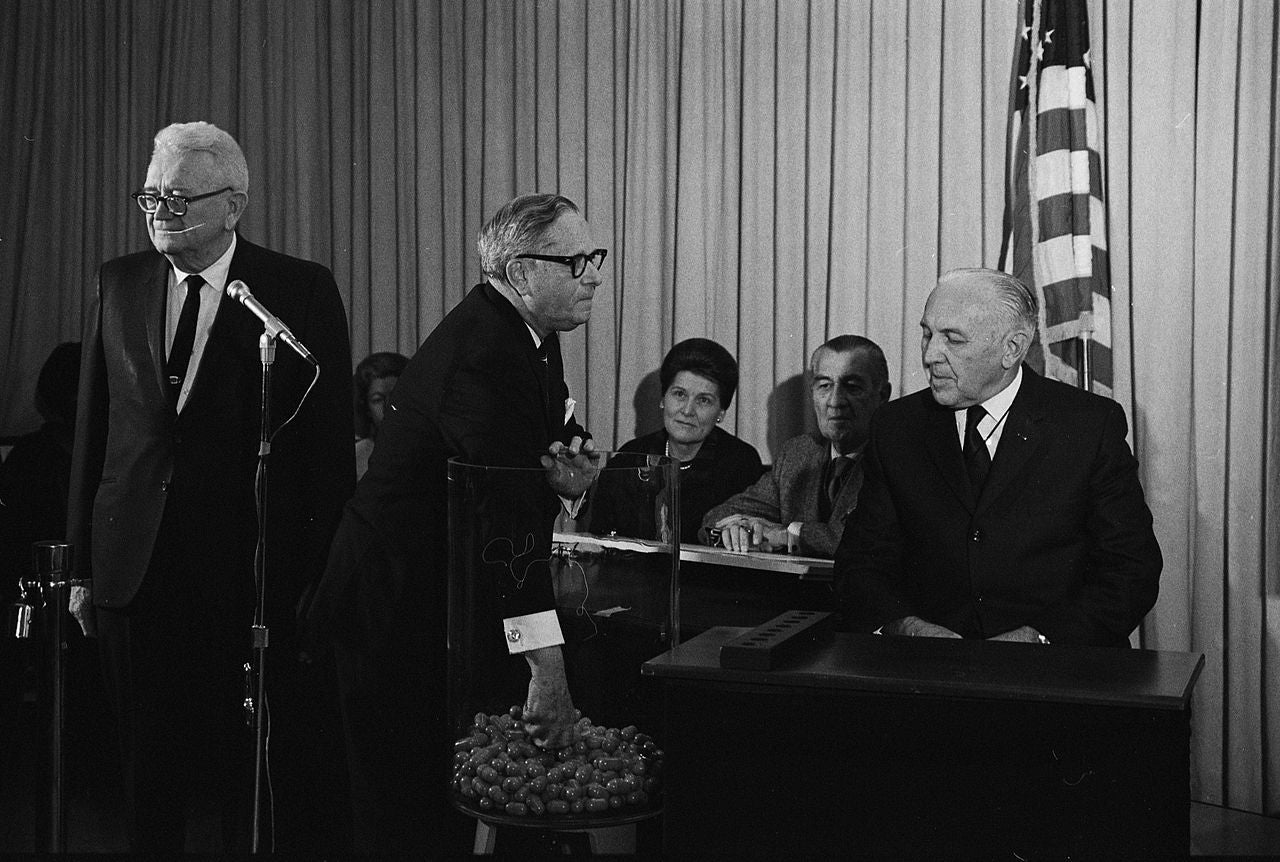 Congressman Alexander Pirnie (R-NY) drawing the first capsule for the Selective Service draft, Dec 1, 1969. This image was copied from [1], which credits the photo to "Selective Service System". I'm tentatively assuming that since the photo was created by a federal agency, it cannot by copyrighted. I'm going to post a message on copyvio to get clarification before I link an article to the image. (Wikimedia Commons).

On Sep. 16, 1940, President Franklin Roosevelt signed the Selective Service Act, requiring all male Americans between the ages of 26 and 35 to register for the military draft.

Though not yet engaged in the fighting of the second World War, the United States wasn’t taking any chances that the fascist regimes of Europe and Asia didn’t have their sights set on the Land of the Free and Home of the Brave.

Things weren’t looking so hot for England, either, so FDR decided to support the British by selling them military equipment and humanitarian assistance. It seemed like it was only a matter of time before England fell and the Axis powers would be looking for new territories to conquer.

That’s when FDR decided to start building up the American Armed Forces.

Requirements for registration varied over the decades, ranging from eligible age ranges beginning at 21 and eventually lowering to age 18.

The Selective Service Act of 1917 reframed the process, outlawing clauses like purchasing and expanding upon deferments. Military service was something that, voluntary or not, living generations had in common.

While many people in America were hesitant to fight some European war at the time, the draft wasn’t really necessary in the end. After the Japanese attack on Pearl Harbor, American men were lining up to give the military all the manpower it needed.

During the Vietnam War, however, the draft could mean a death sentence in a conflict America was divided over. Coming of age doesn’t come close to holding the same meaning as it did for the nearly 72 million “baby boomers” born into the Vietnam era draft. In fact, draftees accounted for 30.4% (17,725) of combat deaths in Vietnam.