This is how knights trained for life-or-death jousting tournaments 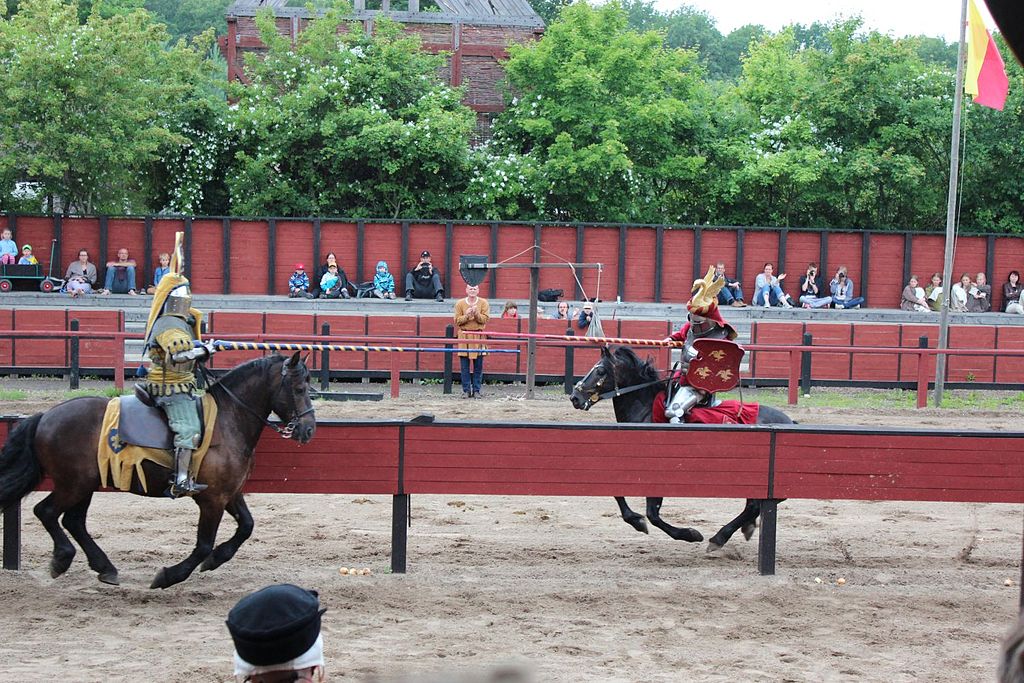 Jousting is thought to be the first extreme sport in history. According to historians, jousts were a popular medieval tournament in Europe held from the 10th to the 16th centuries CE. During the event, knights rode in a designated area with wooden lances against one another. The tournament evolved into a significant opportunity to impress aristocratic ladies with general pageantry, heraldic display and knights who would have shown them a favor by providing them with their veil or scarf.

Jousting was associated with the rise of heavy cavalry, the primary battlefield weapon, and consisted of armored warriors on horseback. According to the feudal system in place at the time, wealthy property owners and nobles were required to provide knights to fight for their kings during the battle. The Knights then learned horsemanship combat and accuracy through hands-on training and practical simulation. The training for the occasion was taken seriously because it was a source of pride for kingdoms. Additionally, the knights would undergo vigorous training to harden and boost their tolerance. While Jousting was a life or death gaming event, the chosen knights took pleasure in representing their respective kingdoms. Jousting began as a military training exercise but quickly evolved into a popular form of entertainment.

Jousting tournaments were considered to be very formal occasions. The tournament required months of planning, including the nobles obtaining the necessary royal permit to compete, selecting their most skilled knights, and issuing challenges to fellow landowners. Like today’s sports journalists, medieval heralds would promote tournaments through song or poetry praising the winner. Knights were expected to wear full armor, carry lances, shields and swords, and were organized based on the geographic regions; for example, the English and Norman knights faced off against a body of French knights. Marshals were put in place to ensure no foul play. Ladies often attended and sponsored the tournaments because there was added romance to the occasion. According to renowned historians, the event presented the peak to romantic literature, increasing desire for everyone. If a man could show valor and honor during games, he would surely be able to demonstrate those abilities on the field of battle and royal bed chambers alike.

The knight would gallop his horse during the joust and aim his lance at the opponent’s throat or shield. Seemingly, the knights were occasionally separated by a tilt (a wooden barrier) that ran the field’s length to prevent the knights from colliding head-on. Complex rules were devised, with points awarded for the number of hits to specific body parts, such as the visor and shattered lances. Mechanical shields that shattered when struck were developed over time, clearly indicating who hit who first. The winner received a jewel, a gold crown, a falcon or a horse, and in some cases, a lady’s kiss. The most valuable prize was a ransom from the loser, which included a fee, horse, armor and weapons upon his word that he would pay his debt.

Since joust tournaments were initially established to provide combat practice for battle, knights began to train for the tournaments. Quintain, a rotating arm yielding a shield on one side and a weight on the other, was a standard device used to hone a knight’s lancing skills. The knight was then required to strike the shield and continue riding in order to avoid being hit in the back by the swinging weight. Similarly, the knights would use a device known as a suspended ring that was used to catch and remove the lance’s tip. Despite safety precautions, practice sessions and event preparations were deemed crucial if at all the participants wanted to win and survive the tournaments, one of the most dangerous sports in history.