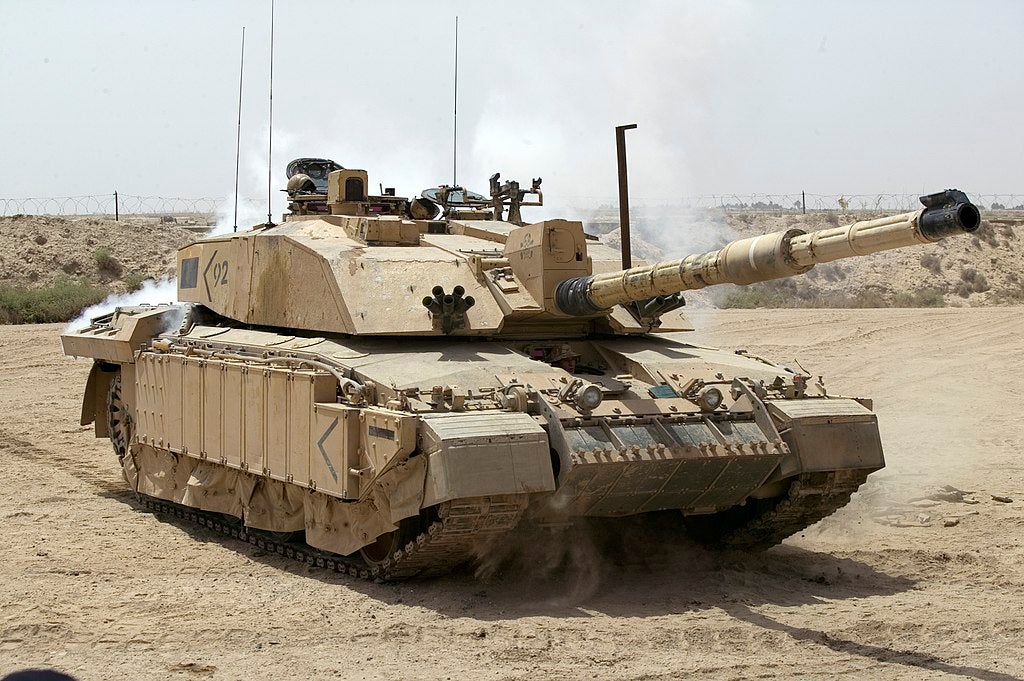 A Challenger 2 tank patrolling outside Basra, Iraq, during Operation Telic.

People on the internet get into some pretty bizarre arguments. Sometimes those arguments get pretty heated. It’s rare that someone can present new information – not found online – that will persuade the other side to seeing their point of view.

After all, if there’s a piece of information that isn’t on the internet at this point, it’s likely because it’s either inaccurate theory or it’s a piece of classified intelligence information. One War Thunder player who could not believe the game’s realism had a bone to pick with the game’s version of the Challenger II tank.

The Challenger II tank is the current main battle tank fielded by the Army of the United Kingdom. It’s been in service since 1999 and has a number of interesting arms and armor, much of which about the latter is classified. Since it’s been around so long and saw action in both Bosnia and Iraq, the free-to-play online war game War Thunder features it as a playable weapon.

War Thunder, though free, makes a huge push for accuracy in its games and as such, each gets a certain level of grading and description for the player to consider. The War Thunder Wiki describes it as “a force to be reckoned [with] on the battlefield, thanks to competent grades in firepower and armour (sic)… although a number of distinct shortcomings means that it really needs a skilled commander to make the most of it.”

Then he posted pages from the tank’s user manual to prove his point. The game’s developer was stunned. Instead of making an official response right away, it told players to continue games as usual and to look into this matter. It wasn’t long before the UK government was threatening the developer with a violation of the Official Secrets Act.

It turned out that the developer had been in contact with the United Kingdom’s Ministry of Defense and the defense ministry did tell them the manual was classified information. The developer just didn’t do anything about that fact fast enough.

The UK’s Ministry of Defense noted that the document had been altered to include a falsified “unclassified” stamp, which it does not use to classify or declassify information. This means the original poster had added the fake stamp to make it appear as if the manual was for public release.

“By continuing to disseminate it you are in violation of the Official Secrets Act as stated by the warning on the cover of the document, an offence which can carry up to a 14 year prison sentence if prosecuted,” a moderator wrote in response to the original classified leak.

“As a service person you have signed a declaration that you understand the act and what actions it compels you to take. Every time you post this you place us [the game developer], especially any UK citizens, in hot water…”

It’s not known whether the original poster was actually a tank commander, but he lists his location as the same area which houses a Challenger II tank unit. Nevertheless, the game maker did not make any changes to the tank’s abilities in its game, as it does not consider classified information as a valid source of material for use in the game.