Today in military history: First tank produced - We Are The Mighty 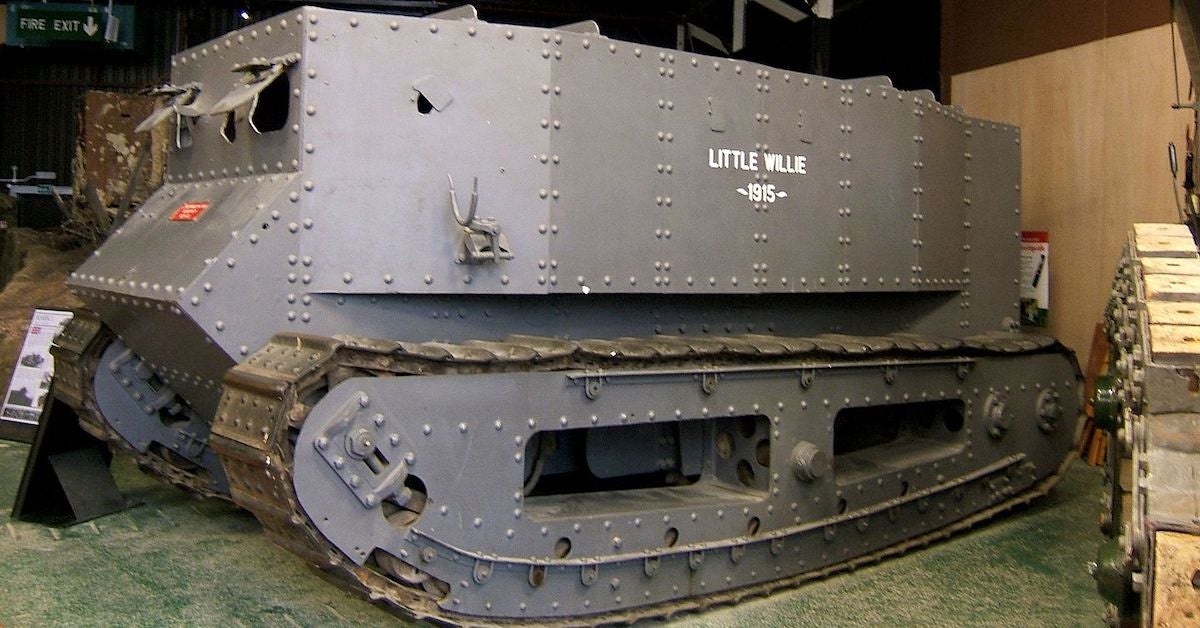 During the years of bloody slaughter that marked the trench warfare of World War I, every nation looked for a way to break through: an innovative plan, a new technology, a secret weapon.

This is how the tank was born.

The Committee for Imperial Defence began looking for an armored vehicle as early as 1914, when it was clear that no one was breaking through No Man’s Land without some kind of armor.

They wanted a tracked vehicle that could move over terrain without getting the wheels shot out of it – “Land Ships” as they were first known – became the solution. The armored vehicles were shipped in crates marked “TANK” to keep the idea away from enemy spies…and the name stuck.

Little Willie wasn’t perfect. It had a top speed of two miles per hour, weighed 14 tons, and got stuck in the trenches. But it was a decent start for what would become the transformative military vehicle of the 20th Century.

America’s first tank unit, known as the “Treat ’em Rough Boys,” rushed through training and arrived in Europe in time to lead armored thrusts through Imperial German forces, assisting in the capture of thousands of Germans and miles of heavily contested territory.

The tankers were vital to the elimination of the famous St. Mihiel salient, a massive German-held bulge in the lines near the pre-war German-French border.

The tank corps went on to fight in the Meuse-Argonne offensive through the end of the war, this time with their heavy tanks there to support the infantry alongside their light armored friends. All of the tanks continued to face greater losses from terrain and mechanical breakdown than they did from enemy forces.

The greatest enemy threat to the tanks was artillery and mines, but the Germans learned to place engineering barriers such as large trenches to slow down the advance, and early anti-tank rifles took a small toll.