Today in military history: World’s first combat submarine sinks - We Are The Mighty 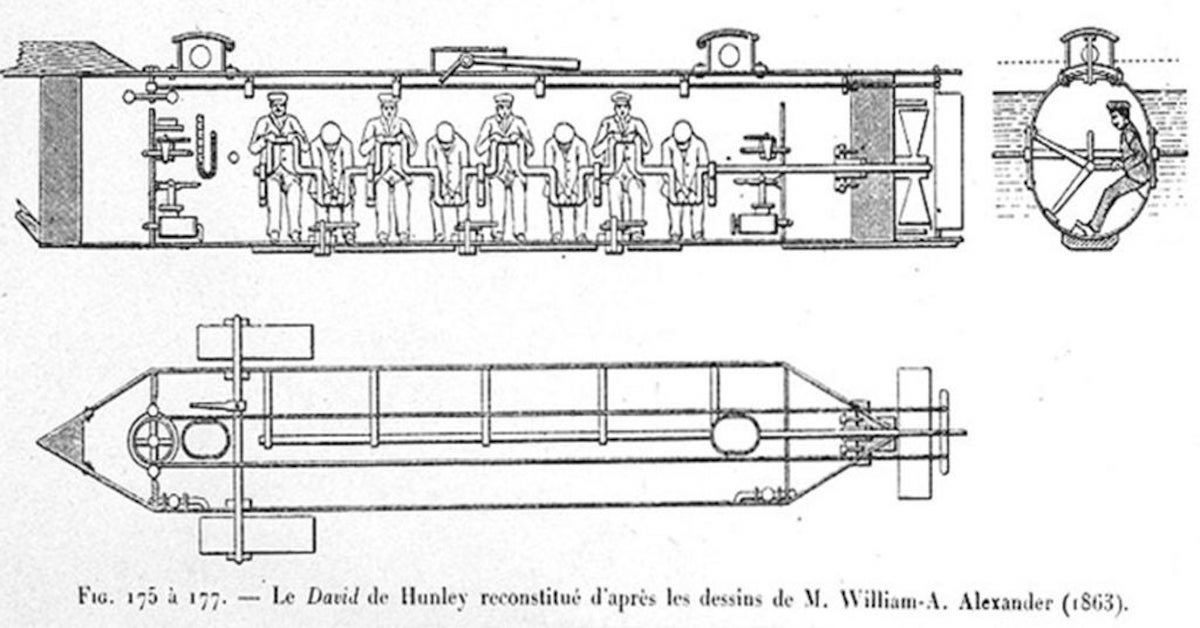 On Oct. 15, 1863, the CSS Hunley, the world’s first successful combat submarine, sank. For the second time…and also not the last…

Hunley, named for her inventor, Horace Lawson Hunley, was a Confederate submarine — and the first combat submarine to sink a warship.

She measured 40-feet long, 4-feet high, and 42-inches wide tightly housing a crew of eight men who had to power the vessel by hand cranking the propeller and steer through the ocean’s dark waters. The Hunley was armed with just a single spar torpedo — an explosive charge attached to the end of a wooden pole — that was used to successfully sink the USS Housatonic.

She was raised both times and returned to service until finally, on Feb. 17, 1864, after Hunley attacked and sank the USS Housatonic, Hunley was sunk for the third and final time.

The Confederacy lost 21 crewmen in her three sinkings, but during her short career she demonstrated the capabilities of undersea warfare. In 2000, the Hunley was raised from the depths, restored and put on display at the Warren Lasch Conservation Center in North Charleston, South Carolina. The Hunley’s design and legacy would change naval warfare forever.