Did you know this man is the only American to be hanged for treason? - We Are The Mighty

Did you know this man is the only American to be hanged for treason? 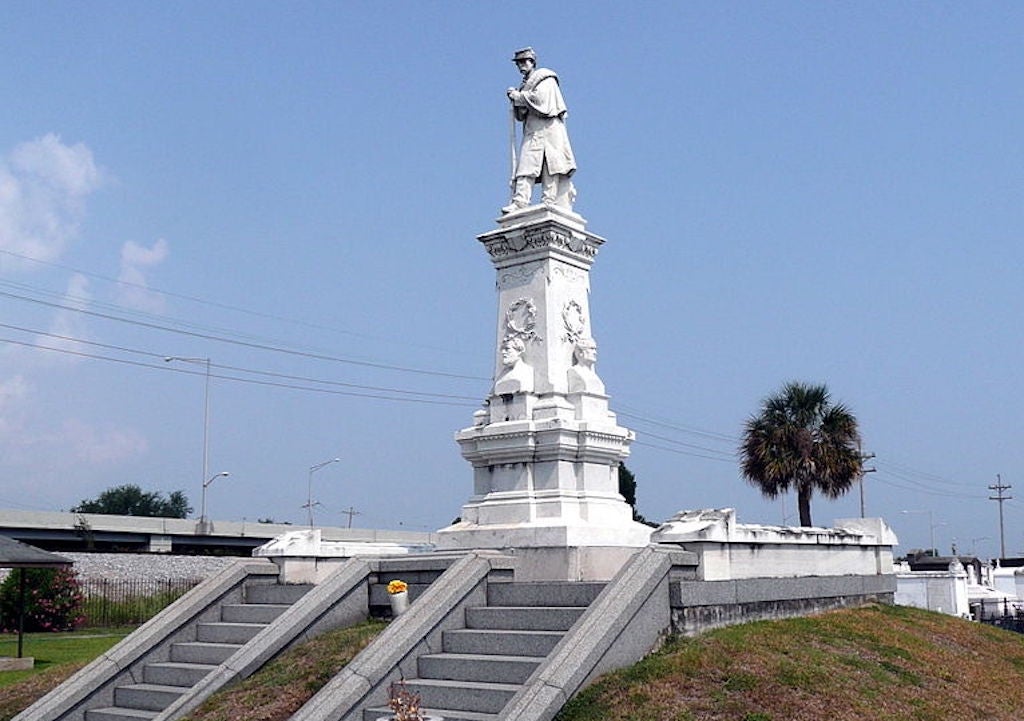 A Confederate Monument in which William Mumford is buried at Greenwood Cemetery, New Orleans.

The New Orleans Mint is a historic structure not only because it is the oldest structure that was once a U.S. Mint that is in shape after all these years, but also because of the William Mumford infamous story. The Mint started coining in 1838 after formally being declared a branch in March of 1835. When Union troops led by General Farragut seized New Orleans in April 1862, the flag of the United States was raised to the pinnacle of the Mint’s flagstaff.

A motley band of insurgents headed by William B. Mumford reached the summit of the Mint, destroyed the flag and pulled it through the roads of New Orleans. When General Benjamin Butler, the Army commander responsible for the state of Louisiana, learned of this, he issued Special Order No. 70, ordering William to be hanged from the flagstaff. Therefore, on June 7, 1862, William Mumford was executed in front of a massive crowd in front of the Mint from the spot in which he culminated a riot.

Mumford’s story starts on April 25, 1862, when New Orleans was conquered. There was a lot of back-and-forth between federal agents and city leaders about which flags should be airlifted on the city’s significant structures. Furthermore, the city’s defeat took way too long due to the Confederate police’s refusal to capitulate. The Federal troops managed to hoist the American flag over the U.S. Mint. This infuriated many Confederate loyalists, as their city was taken from them by their “sworn enemies.”

William was a native of North Carolina who wound up in New Orleans following an injury during the Mexican-American War. This made it hard for him to contribute to the Confederate war effort by limiting him to recruiting troops.  He was dubbed the “best billiards player” in the whole city and was a hero to many Confederate faces. Mumford’s hangman, however, had a differing view of what he was after tearing and dragging the American flag on the streets.

In fact, Butler described William as a “gambler and an unpleasant civilian” in his autobiography. The general was initially an advocate and politician from New Hampshire who grew up in Massachusetts and then joined the United States Military as a major general. Following the capture of the city, Butler was transferred there, and his first action was to apprehend and execute Mumford. This ruined his reputation in New Orleans as the residents were very fond of William. According to the general, nobody anticipated the result of William Mumford’s sentence as he was scheduled for hanging in June of the same year. While the sentence did not match the offenses, it was Butler’s method of punishing Mumford in front of the whole city and people who still supported the Confederacy.  On June 5, Butler issued a heinous Special Order stating that William Mumford would pay for his wrongs on June 7 the same year. On the morning of his execution, Mumford was allowed to bid farewell to his wife and children, and the whole city wept for him. Even though William was not a famous person in the country, his execution was aired on almost every station.