How Captain Morgan became a knight of England 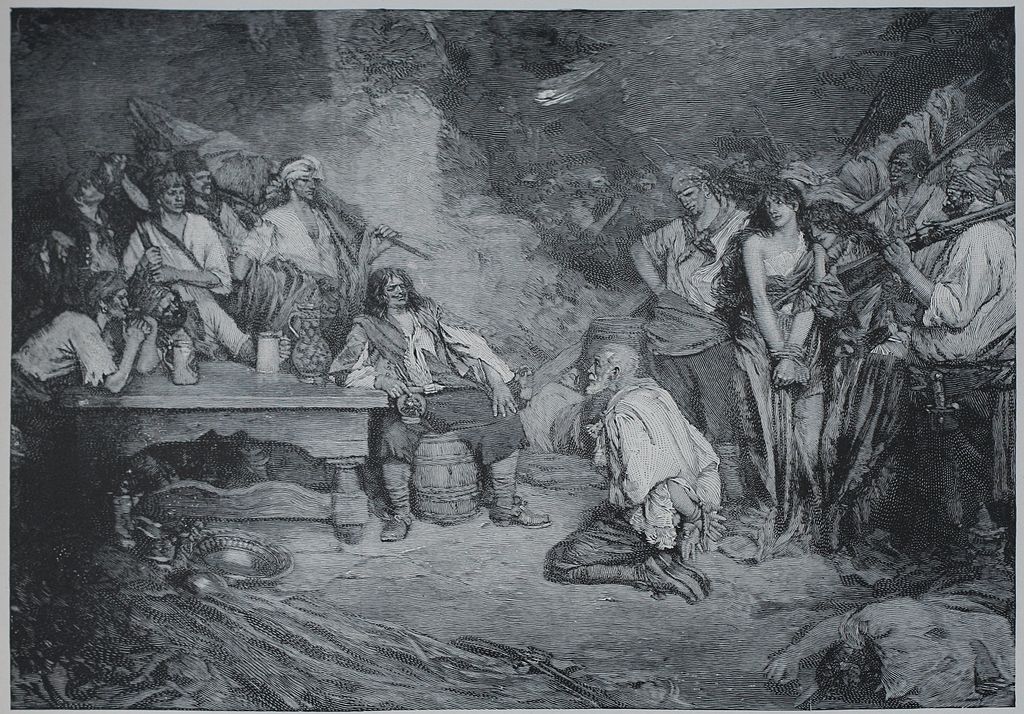 Illustration of Morgan with a prisoner. (Public domain).

Thanks to the Captain Morgan rum that many people enjoy, Captain Morgan’s name is probably familiar to you. Captain Morgan himself, the face of the rum majorly known as the British crafty sailor and privateer, spread his fame because of his bravery and cunning nature. Sir Henry Morgan extensively ransacked towns and cities whenever he wanted and commanded the respect of those around him.

Not much is known regarding Henry Morgan’s early times though it is believed that 1635 was likely his birth year, and he was born in either Abergavenny, Wales or Llanrhymny. Henry Morgan, who was thought to be Robert Morgan’s, a local squire, has two primary stories explaining his arrival in the New World.

The first one explains that he voyaged to Barbados as an indented servant and afterward merged with the excursion of Admiral William Penn and General Robert Venables in 1655 to get away from his service. The second one states how Henry Morgan was recruited in 1654 by the Venables-Penn excursion at Plymouth.

All the same, Morgan seems to have participated in the failed trial to defeat Hispaniola and the consequent Jamaica’s attack. Later on, after he was elected to remain in Jamaica, his uncle Edward Morgan joined him. Edward Morgan was appointed lieutenant governor of the island in 1660 after the restoration of King Charles II.

Later that year, Henry Morgan married his cousin Mary Elizabeth, his uncle’s eldest daughter, and started sailing in the buccaneer fleets that the English employed to attack Spanish settlements. In this newly acquired position, he served as a captain in Christopher Myngs’ fleet from 1662 to 1663.

Morgan proceeded to raid and cause havoc for the Spanish towns and ships in the surrounding up to 1665 when he was done and went back to Port Royal in Jamaica. At that time, Thomas Modyford, Jamaica’s new governor, was initially reluctant to allow privateering to endure in the area. However, after prohibiting it for less than a month, he came to comprehend that the island’s economy depended on the crown’s share of the pirate’s spoils.

Further, Modyford was enthralled by the cargo detained by Morgan and other privateer captains, which prompted him to report back to the government that Central America was the suitable place for a raid on the Spanish Indies.

It is strongly suggested that during 1666 Morgan was selected to manage the Port Royal militia and was additionally responsible for Jamaica’s defense. Moreover, he supervised Port Charles’ construction and bought his original Jamaican plantation.

While Morgan was busy raiding Latin America in 1670, Spain and England signed the Madrid treaty that signified a certified peace between the two nations in America and was to stop all conflicts in the area. The fact that Morgan was plundering Latin America’s capital city brought about issues for the English crown and enraged the Spanish.

There were rumors that the Spanish were contemplating discontinuing the treaty and proceeding to war again to aggravate the problem. By the time Morgan went back to Port Royal in 1972, things were already heated. To attempt and appease the Spanish, Charles II and the English government commanded Morgan’s arrest with limited choice.

Unfortunately, he did not have Modyford to defend him since he had been sacked off from his role as a governor and later detained. Later on, Morgan was abandoned to roam freely in the streets of London and was even requested to write a letter to the king explaining his opinions on how to enhance Jamaica’s defenses.

The troubles in the Caribbean soon reached King Charles II. He knew that these Caribbean troubles would cause an effect on the highly lucrative sugar trade, and therefore he enlisted the assistance of the notorious Captain Henry Morgan.

Consequently, many individuals praised him as a hero and entirely adored him. In November 1674, Henry Morgan was knighted to perform as the Lieutenant Governor of the area before he was sent back for Jamaica.