Just one Canadian tank made it to VE Day 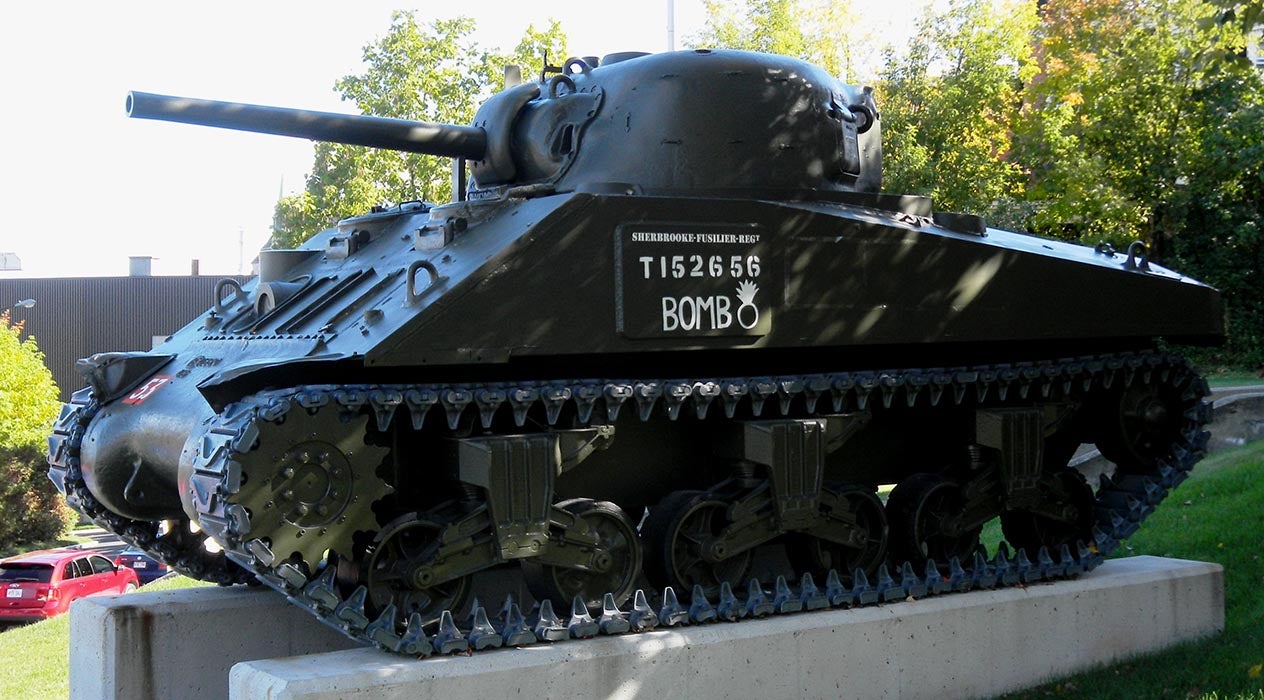 The 14,000 Canadians and 200 tanks that landed at Juno Beach on June 6, 1944 fought bitterly to breach Fortress Europe and begin the long march to Berlin. Almost a year later Canada and the rest of the Allied powers celebrated the fall of Nazi Germany.

Only one Canadian tank from those 200 fought every day of the invasion across Western Europe. “Bomb,” a Sherman, travelled 4,000 miles and fired 6,000 rounds while fighting the Nazis. From Juno Beach, Bomb was sent northeast to the Netherlands through Belgium before cutting east towards Berlin.

Soon after Bomb crossed into Germany near Emden, Bomb was sent to Kleve on the German side of the border with the Netherlands. In the early morning of Feb. 26, 1945 Bomb escorted a column of infantry in armored vehicles forward. German artillery opened up and pinned the column down in thick mud.

The Germans put up a smoke screen and continued their attack. But the Bomb led a counterattack that relieved the pressure. Surrounded by German anti-tank teams and under heavy mortar, artillery, and machine gun fire, Bomb and another Canadian tank held their ground for 20 minutes until infantry was able to reinforce them, stopping the Germans from destroying the Canadian column.

Neill was later awarded the Military Cross for the battle.

As the war wound to a close, the Bomb found itself in continuously heavy combat. On the last day of the European war, the Bomb was under the command of Lt. Ernest Mingo. He and his men faced off against a German officer who kept sending soldiers to try and Allied Forces.

“The land between us was covered with dead German soldiers,” he said, according to a Sunday Daily News article. “He must have known the war was over, but he just kept sending them out, I guess trying to kill Canadians.”

Despite being the only Canadian tank to serve every day of the war in Europe, the Bomb was nearly melted down as scrap in Belgium after the war. It was rescued and went on display in 1947. In 2011 the tank underwent restoration. It is currently at the Sherbrooke Hussars Armoury in Sherbrooke, Quebec.