Top 5 best JDAM explosions - We Are The Mighty 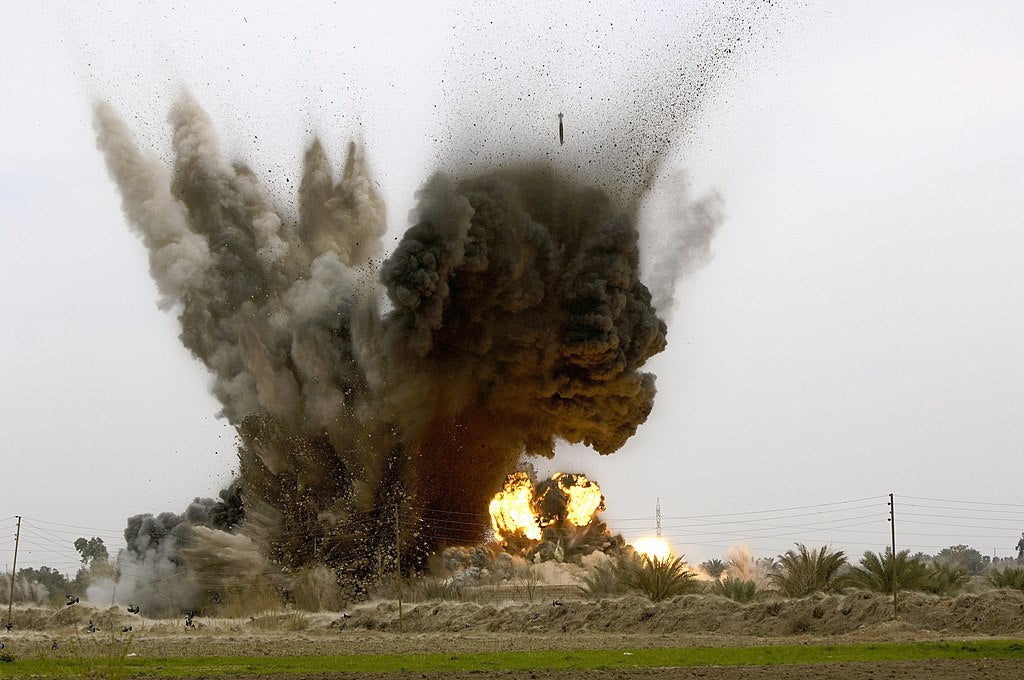 The Joint Direct Attack Munition (JDAM) is an instruction tail kit that transforms emerging unsupervised free-fall bombs into precise, detrimental weather “smart” military equipment. JDAM enhances the effectiveness of unsupervised, broad sense bombs in any weather by adding a new tail section containing an inertial GPS and a worldwide location tracking guidance control unit. JDAM is a collaborative project between the U.S Air Force and the Navy. Transmission connectivity from the aircraft is used to activate the navigation system, which gives locale and speed coordinates from the flight controls.

The JDAM travels independently to the predetermined point coordinates when launched from the aircraft. Destination coordinates can be updated into the aircraft prior to departure, physically modified by the aircrew prior to weapon official launch, or automatically inserted via target designation with inbuilt aircraft detectors. Once the GPS information is released, the JDAM system provides a weapon geometric error potentiality of 5 meters or less during free flight in its most precise configuration. If GPS coordinates are rejected, the JDAM will accomplish a 30-meter CEP or less with a GPS top-notch handover from the aircraft for free flight schedules of up to 100 seconds.

JDAM can be initiated from extremely low to extremely high altitudes, making them the perfect bombs to drop on enemy snipers. There is nothing as dangerous during an intense mission in the desert or mountains as a sniper because they can hold down team. With an enemy sniper holding troops in contact unable to move, it is practically impossible to fire and maneuver, which is why the military takes care of such situations by dropping JDAM bombs on them. This is especially if the enemy sniper is out of reach and in an advantageous position. Barely a handful of pieces of hardware can compete with the JDAM when it comes to eliminating enemies from this earth. Those who have seen one go off say there is nothing more fascinating than witnessing it firsthand. When a Marine sees a JDAM strike, Chesty Puller knife hands an angel in heaven.

When the U.S. Army was deployed in Afghanistan, they had to deal with the Taliban’s crafty snipers. A well concealed sniper can disappear in any terrain or city. The good thing about JDAM bombs is they can cover a wide area. Just remove part of the city or terrain. You know you got ’em.

The same JDAM bombs are used to clear enemies off the street in circumstances where it is becoming increasingly difficult to hold. If there are too many enemies in the streets, just remove the streets.

As mentioned earlier, JDAM bombs are often used to clear snipers from mountains. No sniper can ever see it coming, and there is always a 90% success rate. Whenever troops are deployed to mountainous regions, JDAMS can always be used when the enemy has an advantage.

Sometimes you need 2,000 lbs but more