Turns out, Ohio and Michigan have been at odds for a long time - We Are The Mighty

Turns out, Ohio and Michigan have been at odds for a long time 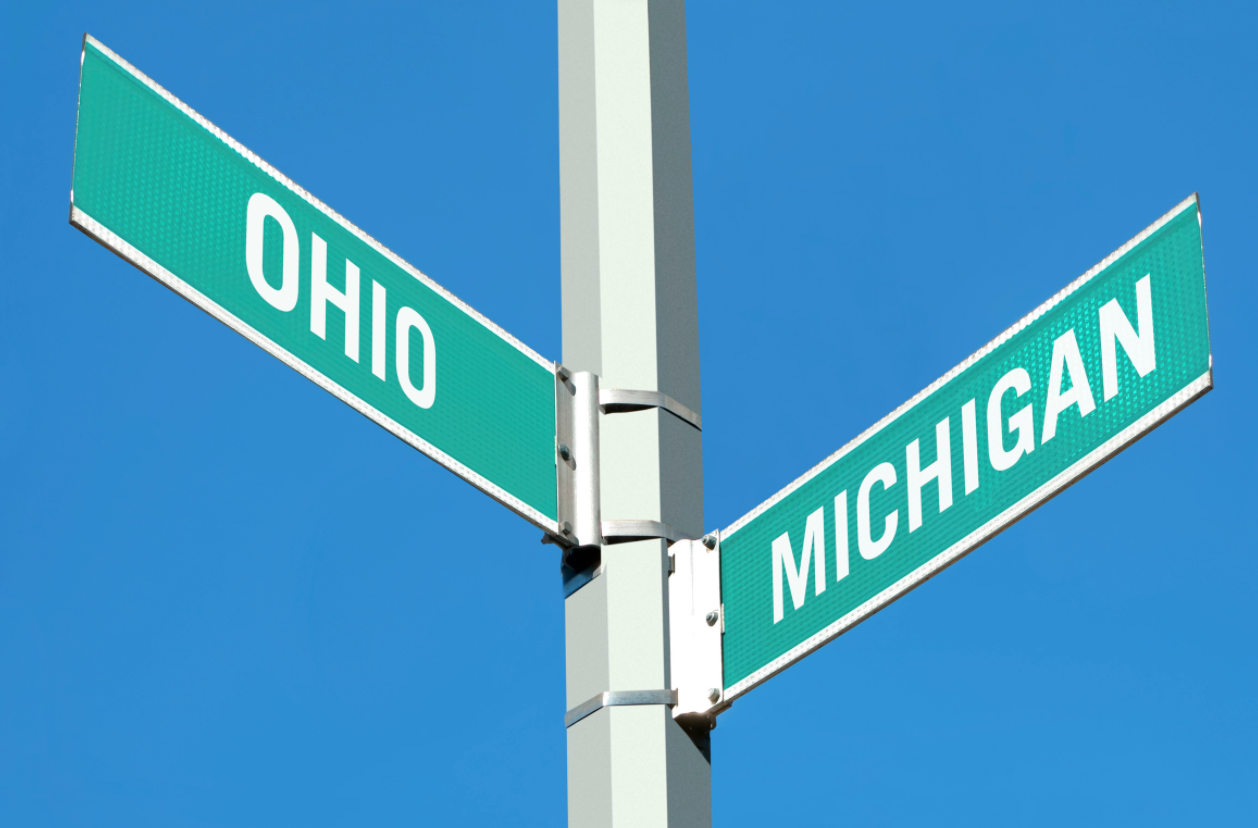 Ask a Buckeye why they think Michigan sucks and they’ll probably spout off some college football stats. But the truth is, this deep-seated rivalry actually stretches back almost two hundred years ago and it’s all to blame on a poorly-drawn map.

Today’s hatred both Buckeyes and Michigan fans are quick to express is fueled by each state’s claim to the Toledo Strip, a 468-square mile region of land that borders each state. Ohio natives will tell you that Toledo is as Ohioan as Cincinnati, but Michiganders will tell you the land truly belongs to them. So who’s right?

Back in the day, Toledo was an economic hotspot. When Michigan tried to join the country in 1835, it wanted to take Toledo for itself. But Ohio said in no uncertain terms that was never going to happen. Eventually, President Andrew Jackson had to step in a find a compromise. But before that could happen, mistrust and rivalry between the two states took hold.

It all began with a bad map

Turns out that the whole OH vs. MI thing started long before the Mitten State tried to join America. Roughly 50 years earlier, the 1787 Northwest Ordinance created the Northwest Territory, which included the land to the northwest of the Ohio River. The plan was to divide the land into at least three states and maybe five. There was also really clear language on where Michigan’s southern border should be … but it was wrong.

The idea of where to “end” Michigan was based on an error on that map which incorrectly included Toledo as part of MI. When Ohio Congressional delegates heard that, they jumped into action trying to secure as much of Lake Erie’s shoreline as possible. Of course, that included Toledo. Then they drafted a new provision that said the map was wrong and Toledo should be part of Ohio.

That all sounds pretty straightforward, but there was one small problem. For some reason, Congress decided not to address that provision. So, when the US established the territory of Michigan a couple of years later, they ended up using the original language of the 1787 Northwest Ordinance, despite it being based on a faulty map.

Toledo still up for grabs

Ohio became a state way back in 1803. They kept trying to get Congress to establish a northern border for the state. But Congress kept dodging them. It took almost 20 years for the government to respond and when they finally sent surveyors in 1816, they determined that Toledo was Ohio’s. (No shock there for anyone living in Ohio at the time!) Naturally, Michigan’s governor was not having it. At this point, President Monroe stepped in to re-determine where the border was. Monroe decided Toledo was part of Michigan.

This conflict went back and forth without resolution for years. Then when Michigan applied for statehood in 1835, they tried to officially claim Toledo as its own. Of course, Ohio was not going to let that fly, which prompted both states to deploy their militias to take matters into their own hands. While no violent battles nor casualties occurred, the Militias of each state went back and forth arresting each other’s partisans as well as causing plenty of disturbances to the peace.

In the meantime, discussions of Michigan statehood halted until they resolved the dispute over Toledo. Finally, in June 1836, President Jackson was sick of dealing with the matter and signed a bill to give Michigan statehood, only if it would let go of its claim to Toledo. In exchange, Jackson gave Michigan what became known as the Upper Peninsula. After a while, Michigan eventually accepted the deal, achieving its statehood but losing the Toledo War, giving it to Ohio once and for all.

These days, the only war OH and MI are fighting is the one during football season. Of course, the Bucks are always going to outplay the Wolverines – even if the score doesn’t always reflect it.

Related: The top 10 most patriotic moments in sports history