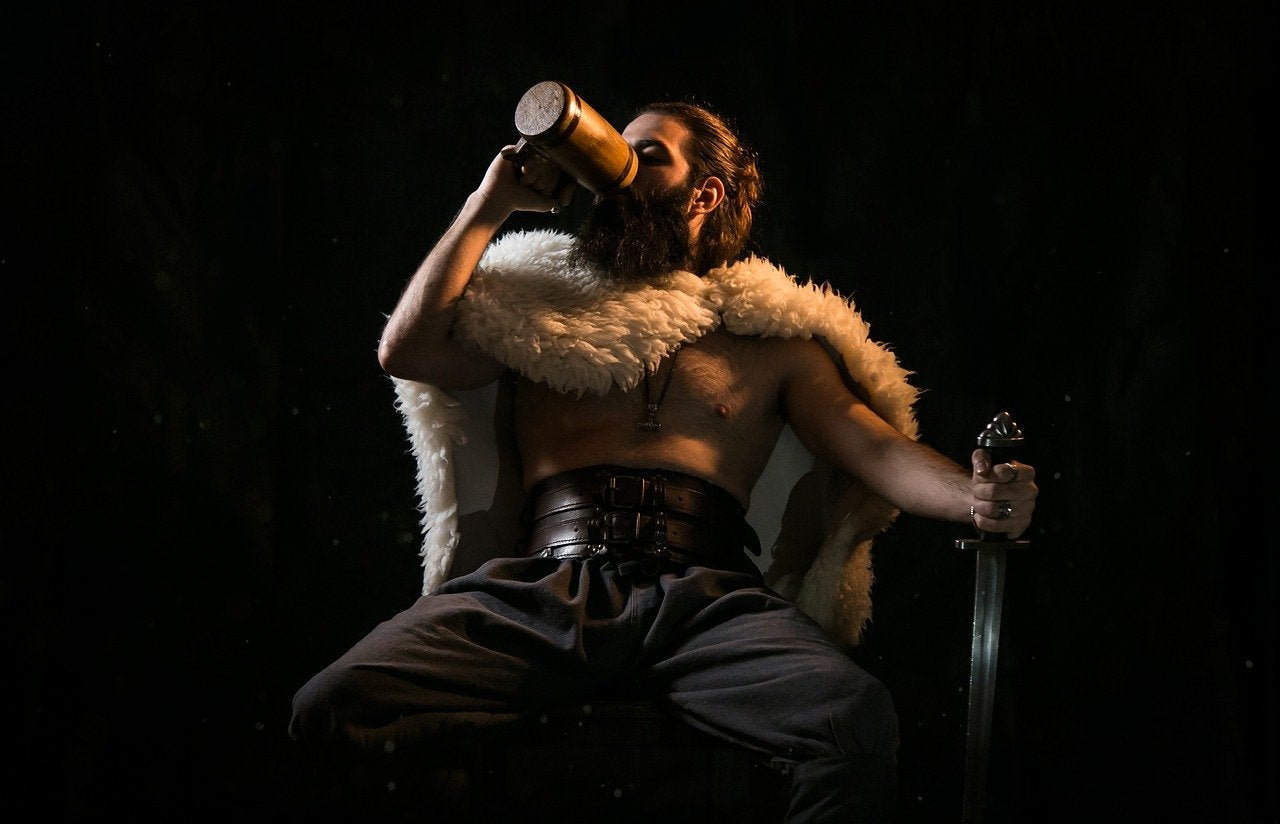 There’s nothing like a bowl of strong French onion soup on any given day, who cares how cold it is outside. But rampaging Norsemen from the days of yore had no need for the froufrou gimmicks that the cheese-eating surrender-monkeys of France use to adorn their stanky broth. There’s no need for croutons and definitely no time to melt cheese over it all.

That’s because viking warriors eating onion soup were probably close to bleeding out.

Medieval combat was a brutal affair in Europe and the areas along its northern shores were no exception. For 400-some years, the coasts of Ireland, England, and Frankish territories, all the way east to Russia were the subject of frequent Viking raids. When confronted on land, Vikings would form a wedge with their feared berserkers at the tip of the formation as they rushed forward, hurtling spears and fighting in close combat.

This kind of shirtless, unarmored, Viking rage could get a guy killed – and often did. It definitely saw a lot of injuries and war wounds. But the Viking society wasn’t all piracy and plunder. They actually formed a vast trade and agricultural network they depended on, but this access was limited due to climate.

Vikings planted and gathered food throughout the year, but when the weather turned cold, conservation became a necessary way of life. It wasn’t just food that became a scarce resource, the herbs Vikings used to cure disease and heal wounds became just as scarce, so they needed some metric of how to dole out the lifesaving plants. Not having access to the medical knowledge we enjoy today meant that they needed some way to determine who had the best chance of survival.

If a Viking warrior was wounded in the stomach during a battle, they were fed a strong, pungent onion soup. Afterward, the Vikings tending to the wounded would smell the belly wounds to look for the signature onion smell. If they could smell the onions through the man’s wound, then they knew the stomach wall was cut, and the man would not survive his wounds. It would be pointless to try to save the man and another with a better chance of survival would be treated.

That’s just life (and death) as a Norseman. Enjoy your croutons.