This unstoppable artillery bombardment doomed Nazi Berlin - We Are The Mighty 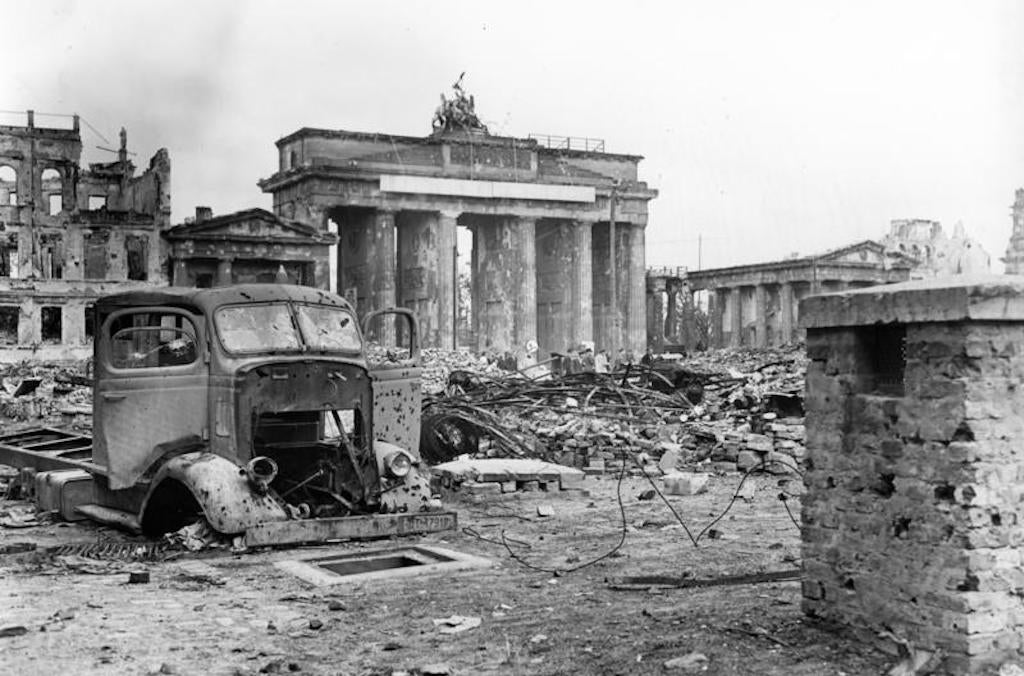 In what is sometimes described as the largest artillery bombardment in history, the Soviets opened the road to Berlin in 1945 at the Battle of Seelow Heights with a massive barrage that saw over 9,000 Soviet guns and rockets firing along a front approximately 18.5 miles long. That’s one artillery piece every 11 feet.

The Seelow Heights defenses were a mere 35 miles from Berlin and were the last truly defendable position before Berlin.

Estimates vary about the exact number of shells and rockets fired in the wee hours of April 16, but some think that as many as 500,000 shells were fired in the first 30 minutes. The German defenders, counting reserves held near Berlin, totaled less than 150,000 men.

For comparison, the massive Allied assault on the Gustav line in Italy in 1944 featured “only” 2,000 guns firing 174,000 shells over 24 hours. The British bombardment at the Battle of the Somme in World War I boasted 1,537 guns which fired 1.5 million shells over 4 days. The Soviet crews at the Seelow Heights could have hit that total in about 90 minutes.

Unfortunately for the Russian soldiers, their generals followed Soviet military doctrine nearly to the letter, and the Germans had grown used to their tactics. Anticipating a Soviet bombardment, the German generals had pulled most of their men back from the first defensive lines and reduced the number of men in the second lines.

“As usual, we stuck to the book and by now the Germans know our methods,” said Colonel General Vasili Kuznetsov, a Russian commander. “They pulled back their troops a good eight kilometers. Our artillery hit everything but the enemy.”

So a Soviet bombardment with three times as many shells as there were defending troops managed to obliterate one line of trenches, damage another, but kill very few of the defending troops. It also left German mortars, machine guns, tanks, and artillery emplacements.

The Soviets continued the battle with a rolling barrage that did begin softening the German army positions. But, by that point, Soviet tanks and infantry were struggling to get through the soft ground around the Ober River which had been flooded and turned to marshlands.

The German weapons which had survived the artillery bombardment were able to inflict heavy losses on the attacking Soviet columns.

But the Soviet numbers were simply too much for the German defenders. Over the next few days, the Russians lost approximately 33,000 men while inflicting 12,000 casualties on the Germans. But Russian planes took the skies from the Luftwaffe and the army brought up the artillery, allowing them to force their way forward with tanks and infantry.

Despite the heavy losses, the Red Army took the Seelow Heights on April 19, 1945, and launched its final drive to Berlin. Soviet troops surrounded the city and forced their way in. German leader Adolf Hitler killed himself on April 30 and Germany surrendered on May 8.