Today in military history: Largest tank battle in history ends - We Are The Mighty 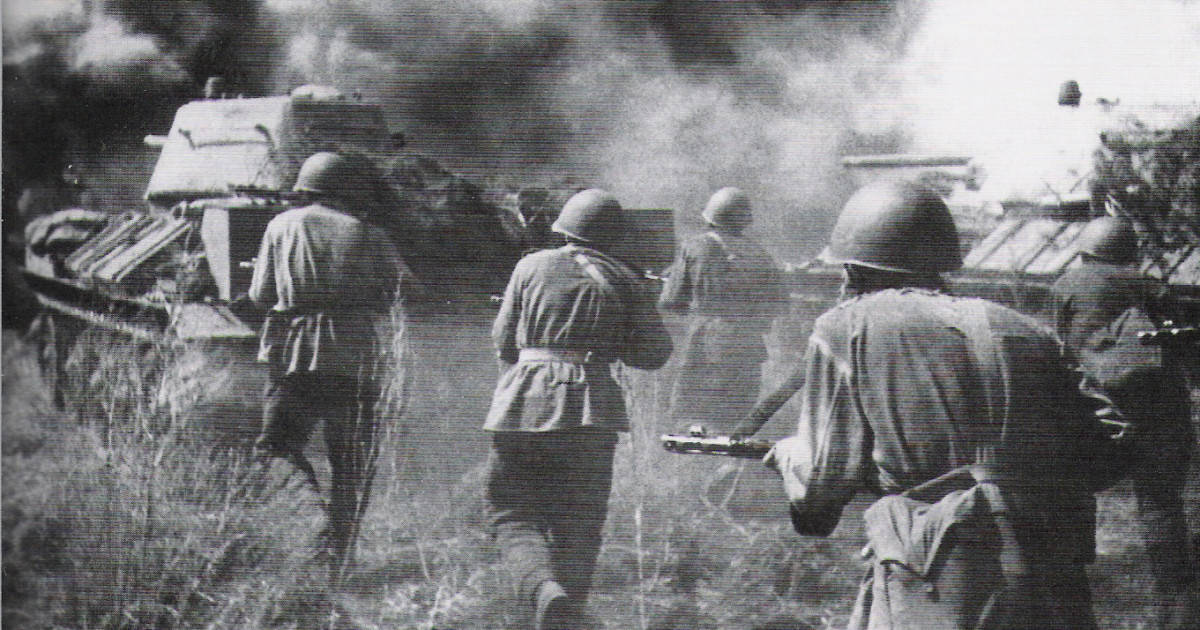 The Battle of Kursk began on July 5 when the Germans attacked the USSR forces in western Russia. Operation Citadel, as it was named, was Adolph Hitler’s last great attempt to take down the Soviet Union. With his army struggling around the world and slowly losing ground to the Russians, the Führer ordered his armies to hold the line at Kursk in the western Soviet Union. Additionally, they were to launch a massive offensive to reverse the tides and serve as a beacon to German forces around the world.

Hitler called for two German Army groups with hundreds of thousands of troops and hundreds of tanks to use a pincer attack to cut off a large Russian salient, a 100-mile deep and 160-mile wide section of Soviet territory that jutted into the German lines. This would give the Germans control of important rail lines and hopefully destroy five Soviet Armies, about 30 divisions worth of soldiers.

The fighting was truly hellish. Columns of oily smoke rose from burnt out wrecks as shells and bombs burst among the tanks on both sides. Russian infantrymen were known to launch near-suicidal attacks through the smoke, running up to German tanks with mines in their hands and hurling them under the enemy treads.

While the Soviets were losing more men and material than the Germans, the Germans were running out of fuel and men more quickly. Hitler finally decided that they were losing too many men to reclaim too little territory. He ordered the Panzer units to withdraw on July 13 and the Soviets resumed their own march west towards Berlin.

The battle involved 6,000 tanks, 2 million men, and 5,000 aircraft — and left over 350,000 men dead on both sides. Unable to match the Soviet’s fortification, a defeated Hitler withdrew from the operation, shifting the operational balance of the Eastern Front in favor of the Soviets, who began a major offensive that forced the German army to retreat.

The war on the eastern front would continue for another two years.